If you have these dishes in your cupboard, you may be sitting on a small fortune 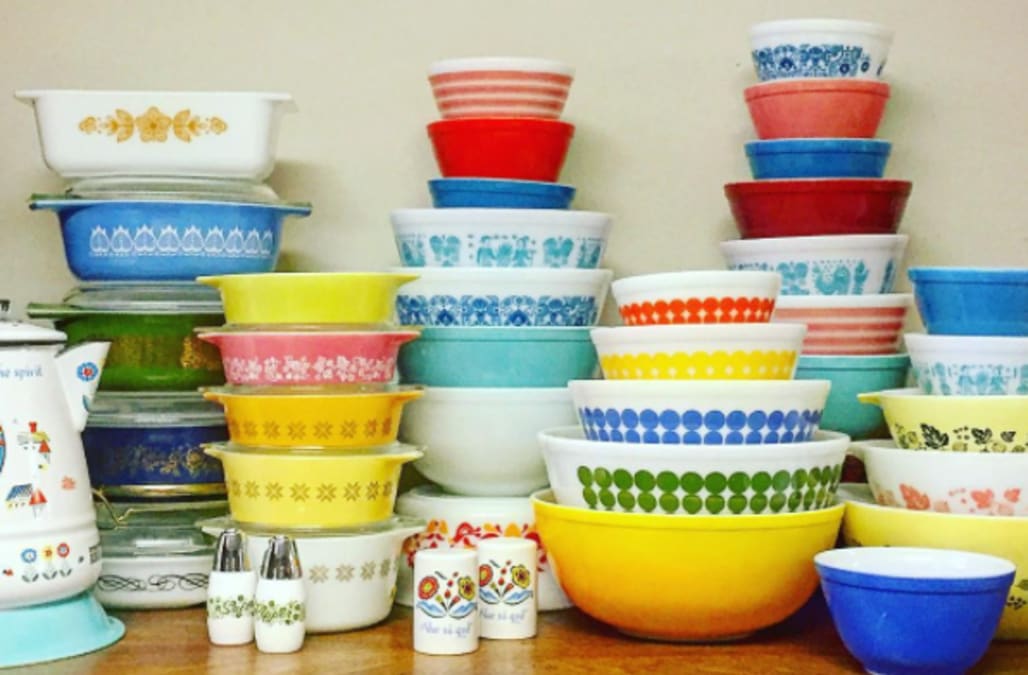 Pyrex dishes have been a staple in American households for over 100 years.

Even if you don't own any, chances are your parents' and grandparents' cupboards are chock full of the brightly-colored kitchenware.

But little do most people know, the vintage dishes they've been allowing to collect dust for decades might actually be worth a fortune.

According to TODAY, vintage Pyrex sets can sell for up to $1,800 online, with single bowls even retailing for a whopping $900.

However, not all bowls can fetch such a handsome sum.

TODAY reports that opaque, brightly colored pieces that feature floral and geometric designs tend to resell for the highest price.

Happy Fourth of July from #HobAndNail and our patriotic Pyrex 1.5 pint 401 mixing bowls for sale on #etsy at link in profile.

Pyrex products made between 1915 and the late 1970s are especially sought after in the online market.

According to Bon Appétit, these early dishes were crafted from borosilicate glass, which is the same thermal, shock-resistant material used to create railroad lanterns and industrial glass.

This strong material made the dishes borderline indestructible.

Eventually, Pyrex began using tempered soda-lime opal glass to make its dishes instead of the much-stronger borosilicate glass, a change which made original Pyrex dishes even more valuable and sought after.

Finally unpacked our load of amazing trades and purchases from the Northeast Wisconsin Pyrex Swap yesterday! STAY TUNED for close up photos to come all week long!

Today, the online market for Pyrex dishes is booming.

There are even entire Pyrex Facebook groups where collectors sell and swap the coveted dishes.

So the next time you're hitting up your elderly neighbor's garage sale, keep an eye out for these vintage dishes -- they could fetch you a pretty penny.

More from AOL.com:
How to protect yourself from alleged ‘surge pricing’ on Amazon
Uber passenger given a whopping $10 credit after his driver engaged in a sex act
14 items people keep coming back to Walmart to buy