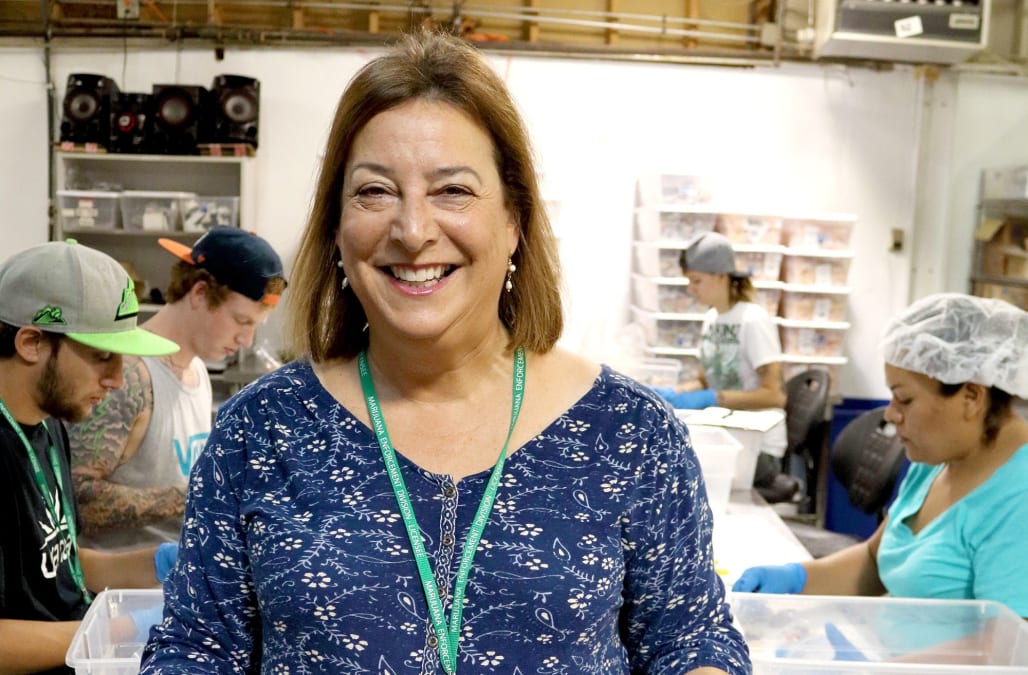 Nancy Whiteman's marijuana confectionary company makes millions of dollars a year, but she considers herself an "accidental cannabis entrepreneur."

That's how she felt in 2010 when starting Wana Brands (shortened from marijuana), now Colorado's leading company for cannabis-infused confectionary products.

Back then, her home state had just begun opening the doors to a legalized marijuana market. Whiteman saw a niche ready to be filled.

She thought that edibles could be the next big thing in legal marijuana trends. Her confectionary concoctions include mouthwatering creations like loaded sour fruit gummies, salted caramels, hot cocoa, and bright lozenge "jewels" infused with different levels of THC, the active ingredient in marijuana.

"I really didn't understand the power of what we were doing or creating," Whiteman told Business Insider.

By the end of 2017, she expects Wana Brands to bring in more than $12 million in revenue.

Seven years ago, Whiteman, along with her ex-husband and co-founder John Whiteman, started experimenting with different candy-making techniques and, with time, developed a product ready for the market: marijuana-infused gummies. In Colorado, anybody over 21 can walk into a dispensary and buy up to one ounce of marijuana since the state legalized weed in 2012. The industry grew so fast that it brought the state more than $1 billion in profits in 2016. Wana Brands made more than $8 million that year.

What she first saw mainly as a major business opportunity later turned into a passion for bringing the relaxing effects of marijuana to others in nonstandard ways. Although she had used marijuana in the past, Whiteman said she wasn't at the time she started the company. She now partakes in her own products.

At 59, Whiteman might not fit the stereotype of a marijuana entrepreneur. She has two adult kids, a science degree, and an MBA from the University of Massachusetts Amherst. But she also says she hasn't spent too much time worrying about others' preconceptions because of how quickly she's seen attitudes toward cannabis change.

"The stereotype of a young man in his 20s is not really a thing if you look at consumer demographics now," Whiteman said. She believes that, in the coming years, cannabis use will start shifting toward older women like herself, and she plans to create products that appeal to them. The gummies and suckers for adults took off. Today, Wana Brands sells its products in Colorado, Oregon, and Nevada, but plans to branch out to states that have recently legalized or could soon, including Massachusetts, Arizona, and Illinois.

That said, Whiteman is also dabbling in a nascent industry. Marijuana use is still illegal on the federal level and constantly changing state by state.

Right now, Wana Brands cannot ship its edibles across state lines, cannot call its products "candy" (to avoid making them appealing to children) and cannot sell anything that doesn't evenly distribute the THC throughout the product. They also have to differ their potencies and package labeling according to what's legally permissible in each state.

Rather than trying to open facilities in other states, Whiteman said they supply their THC-laced sweets to partners that are already licensed.

"You have to operate in 15 or 16 highly regulated environments," she said. "Because it's so new, the regulations are constantly moving and changing," she said, adding that the market is expanding even as laws figure out how to catch up.

For Whiteman, it was most interesting to see both laws and attitudes toward marijuana change so dramatically (four more states legalized recreational marijuana use in November 2016). If she was keeping her cannabis-laced confectioneries low-key in certain circles in 2010, she feels no need to do so now.

"The business environment has changed very dramatically. When we first started, everybody was just sort of trying to figure it out," she said. Now, it's much harder for new businesses because the market is so saturated.

Her advice for budding marijuana entrepreneurs is to focus on the product rather than excessive marketing or promotion. Whiteman said she lucked out by seizing on an opportunity at just the right time, with just the right approach.

"Edibles are our sweet spot," she said, "no pun intended."

NOW WATCH: This animated map shows where marijuana is legal in the US

SEE ALSO: Jeff Sessions is losing the war on weed in Nevada

DON'T MISS: These California 'nuns' are making a living selling pot products on the internet