Why Starbucks is closing all its Teavana stores 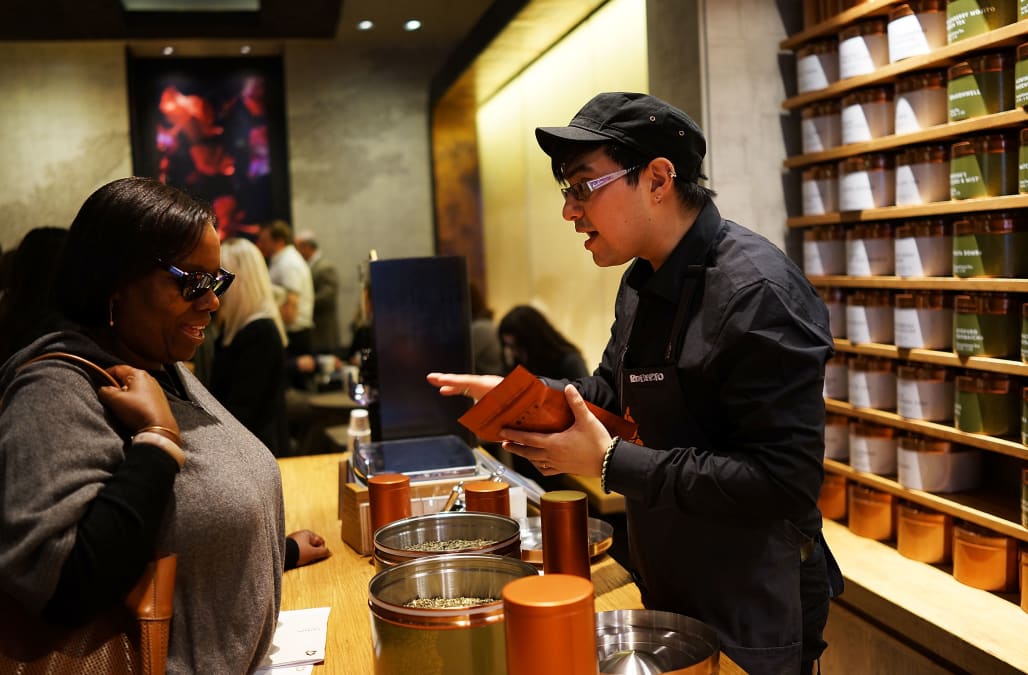 The death of the American shopping mall just took another victim. Starbucks(NASDAQ: SBUX) announced with its third-quarter earnings results that it will close all 379 Teavana locations over the next year. Starbucks bought Teavana in 2012 for $620 million, and modestly expanded its store count over the last five years. But as mall traffic falls and Starbucks struggles to live up to expectations for comparable-store sales, it's cutting some of the fat.

"Many of our Teavana mall-based stores have been persistently underperforming," CEO Kevin Johnson said on Starbucks' third-quarter earnings call. "We conducted a strategic review of the Teavana mall-based store business and concluded that despite our efforts to reverse the trend through creative merchandising and new store designs, the underperformance was likely to continue."

Getting rid of Teavana stores may cause some short-term pain, but should result in a slimmer, faster-growing Starbucks.

Getting rid of Teavana stores will effectively dissolve Starbucks' "all-other segments." The only thing left will be its Starbucks Reserve stores, of which there are only a handful of locations right now.

All-other segments has produced a modest operating loss for Starbucks every year since its Teavana acquisition. This past quarter, Starbucks took a $102 million asset-impairment writedown on Teavana. Overall, the writedown had a 0.6% negative impact on operating margin for the quarter. Starbucks will likely suffer more costs as it closes down most of the 379 Teavana stores over the next year.

In the long term, however, it should pay off. As mentioned, Teavana stores were creating an operating loss for Starbucks. That totaled a $10 million loss in the third quarter (after discounting the writedown), and it was nearly $15 million in the same period last year. During the earnings call, CFO Scott Maw said, "Removing the ongoing operating loss and associated overhead will result in a fairly rapid payback of our exit costs."

Doing more with the Teavana brand

While Starbucks is closing its Teavana stores, it's not doing away with the Teavana brand like it did with La Boulange. Teavana is a strong, international brand, and Starbucks will continue to use it for tea sold in its stores and grocery distributors.

Starbucks recently started a partnership with Anheuser-Busch InBev to distribute ready-to-drink Teavana tea. So far, it's going very well. "We have already shipped over 2.5 million bottles of Teavana ready-to-drink teas in just 5 months, with all 4 flavors already ranking in the top 10 in the premium single-serve [ready-to-drink] category in our active markets," Maw told analysts.

Meanwhile, Starbucks continues to innovate around tea in its retail stores. It recently introduced iced-tea infusions using fruit instead of sugar. Management says it expects to sell over $1.6 billion worth of Teavana handcrafted beverages around the world this year. What's more, these beverages carry a higher gross margin and operating margin compared to espresso drinks.

Tea is still a rapidly growing category in Starbucks stores. It's growing fastest in China and Japan, up 60% year over year. Considering Starbucks just made a big investment in its Chinese operations, Teavana will continue to play a big role in its results going forward. Getting rid of the stores, which were dragging down operating profits, makes a lot of strategic sense.

10 stocks we like better than Starbucks
When investing geniuses David and Tom Gardner have a stock tip, it can pay to listen. After all, the newsletter they have run for over a decade, Motley Fool Stock Advisor, has tripled the market.*

David and Tom just revealed what they believe are the 10 best stocks for investors to buy right now... and Starbucks wasn't one of them! That's right -- they think these 10 stocks are even better buys.

More from The Motley Fool:
Starbucks' Teavana Fails to Thrive in Struggling Malls
Starbucks Corp. Stock Is Down 9% After Earnings: Here's the Big Reason Why
Starbucks Corporation Earnings: What to Watch