Poll: Many still prefer to work with men over women 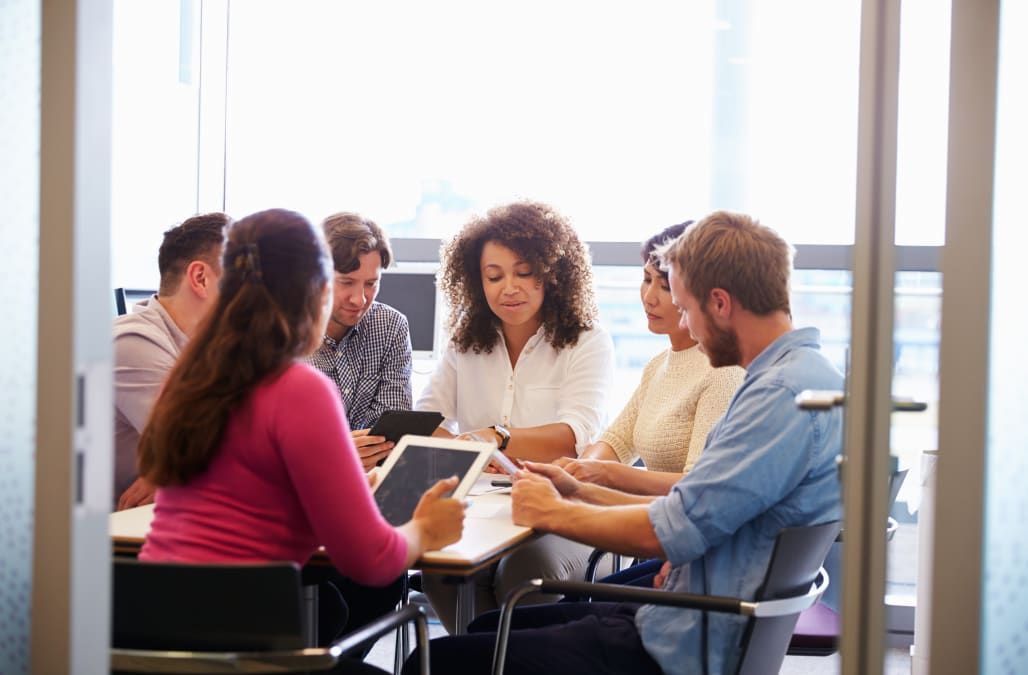 Ivetta Starikova wanted to be a manager at a San Francisco Bay-area tech company. At 26, she was used to being one of the few women in a group. Before becoming an engineer, she studied math and computer science at University of California at Berkeley in a class that was heavily male.

Starikova's request to become a manager got rebuffed, and she said she was effectively fired. A mentor, an older man, advised her on the realities.

12 PHOTOS
12 most-hated companies in the US
See Gallery

12 most-hated companies in the US

"Nobody will make you a manager because you're a girl and you're too young," Starikova recalled him saying.

The mentor had given her stellar recommendation letters in the past, and he was looking out for her, she said in an interview with Business Insider.

That was 14 years ago. She has since advanced in her career, now working as a product and project manager. But some perceptions about women at work haven't changed.

In a poll conducted earlier this month by Business Insider partner MSN, more than 90% of men and women said they were comfortable with having a boss of the opposite gender.

Other data backs this up. A Wall Street Journal poll last year found that both genders still preferred male bosses. The same percentage of men and women, 6%, said they preferred working with women, according to MSN's poll.

The data highlights how women are perceived at work, a domain largely unavailable to them until fairly recently. It also highlights that women are fighting an uphill battle. A large group of people, mostly men, don't want to work with them, don't think they should have to, and don't think there is a problem.

"Workplaces were created for men," said Katherine Zaleski, the cofounder of PowerToFly, which connects female engineers to jobs at startups.

"Women only came into the workplace around World War II. They were handed pink slips when the men came back. Then women started reentering the workforce in the '60s and '70s, where women were literally paid less, penalized for having children, and had no parental leave."

Three out of four men and women said they preferred to work with a mix of both men and women. But other data suggests perceptions of working women have a ways to go.

MSN polled more than 463,000 readers on its US homepage on Monday, July 17. It then used machine learning and big data, such as the census, to model how a representative sample of the US would have responded. It's nearly as accurate as a traditional scientific survey, MSN said.

Is gender diversity important? Not to a lot of people

Almost one in three men (31%) in MSN's poll said gender diversity at work was "not important at all." Women aren't far behind on that notion, with about one in four (24%) saying the same.

There could be many reasons for that. For example, we don't know what kind of workplace the respondents work in, so it's possible that these respondents work at companies that have already done well on that front. Or the data could mean simply that a lot of Americans don't think it's important.

"We have a lot of folks who are undeniably biased against women and don't think women can perform at the same levels," said Anna Auerbach, co-CEO of Werk, which matches employers to employees seeking flexibility.

"We still have a generation that was raised with a lot of stay-at-home moms. There's no judgment there, but you wouldn't think [gender diversity] was important unless you knew the data on how this was failing companies and was actually unfair."

Americans appeared split, in any case. On the other end of the spectrum, 28% of men and 41% of women in the MSN poll said gender diversity at work was "very important."

Some companies tout gender diversity as a way to boost their bottom lines, and there is some research that backs that up (here are examples from Harvard Business Review, Morgan Stanley, and McKinsey).

But some research challenges that gender correlates with company performance. For instance, a Wharton professor, in reviewing peer-reviewed academic research, found little correlation to gender diversity on boards and CEO gender on performance.

"Rigorous, peer-reviewed studies suggest that companies do not perform better when they have women on the board. Nor do they perform worse," the professor, Katherine Klein, wrote. "Depending on which meta-analysis you read, board gender diversity either has a very weak relationship with board performance or no relationship at all."

Klein added: "In sum, the research results suggest that there is no business case for — or against — appointing women to corporate boards. Women should be appointed to boards for reasons of gender equality, but not because gender diversity on boards leads to improvements in company performance."

That doesn't mean that some companies aren't forging ahead with finding ways to keep, and promote, their senior female talent.

"If you don't think gender diversity is important, then you won't have the best team you could possibly have," said Peter Riccio, founding partner at New York-based recruitment firm Atlas Search.

Riccio's recruiting company has created flexible schedules for all staffers so they can properly attend to children, family emergencies, and the like. That planning includes having junior staffers take up administrative tasks that would pile up for more senior workers if they leave work in the afternoon — which is expensive up front, but pays out in the long run, allowing him to keep on experienced talent and allowing them to use their time more efficiently while also attending to personal matters.

"Rather than you have to be at the job 9 to 5, you can work from home," Riccio said. "If there's someone who needs to leave at 4 every day to pick up kids from school, their hours don't necessarily change.

"On paper, in the beginning, it costs more money, but we get a lot more return on it," Riccio added. He said this method has allowed him keep on one of his star moneymakers, a recruiter who is also a mother, and that this method has also allowed her to more efficiently allocate her time at work.

Men and women diverge when it comes to perceptions of treatment of women at work. Forty percent of men think that women are treated "very fairly" in the US workforce, whereas 17% of women said the same, according to the MSN poll.

That's despite a heavily documented wage gap, in which women continue to be paid less across industries than men, some of which is related to opportunities for promotion. In a recent case, the BBC has drawn criticism for paying its star women significantly less than men. Even women who know they are being underpaid can be penalized for trying to negotiate a higher salary. If this survey is any indication, it will be some time before that gets easier.

NOW WATCH: JIM ROGERS: The worst crash in our lifetime is coming

SEE ALSO: Where are the women hedge fund managers?

More from AOL.com:
The White House is only telling you half of the sad story of American jobs
Google ordered to hand over records on women's pay
The US Open will set a new record with over $50 million in prize money