9 cities poised to be the next Silicon Valley tech hub 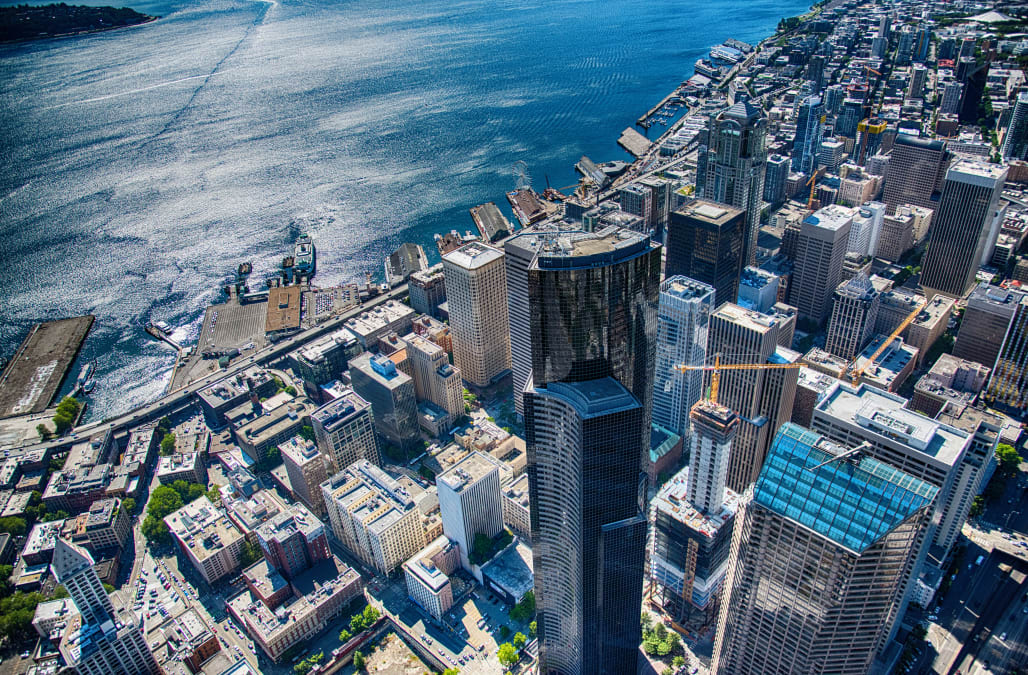 Step aside, NorCal! Tech jobs are flooding the national job market from Orlando to Seattle. Over the past five years, companies in traditional industries like retail, finance and manufacturing have been ramping up hiring for tech professionals which has created new tech hubs across the country.

Glassdoor's Economic Research team took a look at the metro areas where the share of software jobs has risen rapidly. And the results are pretty impressive.

Here are the 9 cities we're touting as the next Silicon Valley. Competitive wages, lower costs of living and amazing companies abound!

9 cities that could be the next Silicon Valley

The epicenter of power for the United States, Washington is where policymakers are embracing new technology, and the jobs show it. The House of Representative, IBM and Johns Hopkins University have contributed to the 1.3 percent increase in the share of software job posting. Plus, nearby Baltimore touts major medical institutions, federal jobs and affordable housing. Tech gigs in military or government offices are rapidly growing and boast excellent benefits even if the pay isn't on pay with the West Coast.

As the home of tech icons like Microsoft and Zillow, as well as online retail giant Amazon, the Seattle area has long been a major employer of software talent. That trend has intensified during the past five year, with Seattle's share of software job postings rising from 10.2 percent in 2012 to 16.9 percent today, a large increase of 6.7 percentage points.

Once the manufacturing and automotive hub of America, Detriot has become a full-scale tech hub and has doubled its share of software job postings. Amazon, Kroger, Pontiac and more are investing in Detroit's future with economic development projects that are expected to bring more than a half-billion dollars in private investment and generate nearly 2,800 new jobs in the city.

Over the past five years, Denver has been making big investments in tech jobs, affordable housing and new communities. Educated millennials are flocking to roles at Kaiser Permanente, Comcast, United Airlines and the Children's Hospital of Colorado. Plus, thousands of startups in FinTech, cloud computing, and security are being run from the "Mile-Hih City."

Just last year, Austin scored No. 1 in the CNBC Metro 20: America's Best Places to Start a Business and it has only strengthened its hold on being the Silicon Valley of the south, attracting entrepreneurs and major tech companies alike. Thanks to the University of Texas at Austin and other colleges, there's no shortage of educated talent, plus Amazon, Google and Facebook running offices in the area and Whole Foods headquartered in the city. If SXSW festival didn't already make you want to move to Austin, the soaring numbers of software job openings -- and a booming culinary scene -- will certainly win you over.

Austin's sister city, DFW, has also benefitted from the tech boom and is home to a thriving startup ecosystem. Aside from the increasing number of software jobs, as our study shows, the Dallas area boasts a diverse workforce, growing economy, pro-business community, central location, and an affordable cost of living. With one of the biggest airports in the world, Dallas is perfect for travel and tech.

Etsy, Fresh Direct, WeWork, OnDeck Capital. These are just a few of NYC's hottest and most successful tech companies. Not only are they raking in billions, but they are just a few of the FinTech, UrbanTech, AdTech and Biotech companies snatching up tech talent in the Big Apple. And it's not just in Manhattan. Software jobs are available in Harlem, Queens, the Bronx and, of course, it's hub mid-town, aptly named Silicon Alley. While NYC boasts rents almost as high as SF, it's deep roots in many other industries make it a sure-bet for those seeking tech experience.

Florida isn't just or spring breakers and retirees. The city has seen a steady increase in its share of software job postings (up 0.3% since 2012). What's at the root of the growth? Tech companies relocating and expanding into Orlando. Arrow Sky Media, Finexio and CompuTech City are just three of the newest kids on the block who identified Orlando as the best location for their business because of its reputation as an emerging growth city and its ability to attract leading talent in the technology sector. Sun and software? Sounds perfect to us.

Fast Company called it first when in 2010 they published "Why you Should Start a Company in ... Raleigh-Durham." What puzzled some enticed others: small, tight-knit community, affordable housing, VC companies and hungry talent. There are three universities teaming with talent (Duke, University of North Carolina, and North Carolina State) plus corporate powerhouses like Cisco, GlaxoSmithKline and Epic Games. If you're looking for southern living as well as a software engineer job, Raleigh has got what you want.