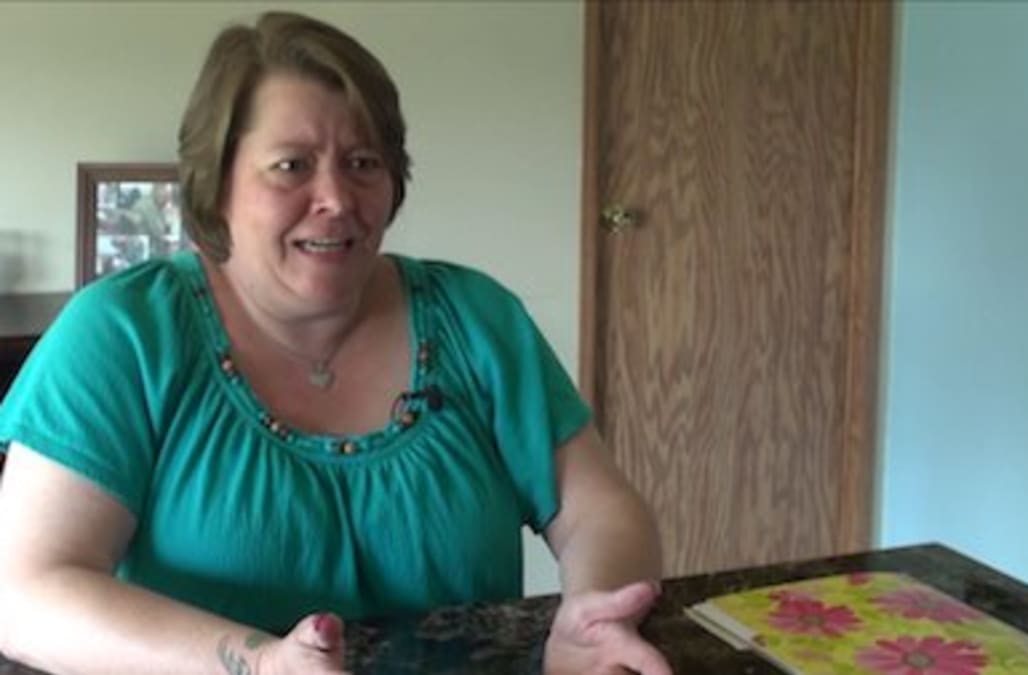 "I had two little grand babies that I wanted to chase around and have the energy to do that," she figured she'd join.

But Nousen said her sessions with a personal trainer at the Portage location were short-lived.

"I went to do a squat and my knee popped, and he heard it. I heard it and down I went," she recalled.

An MRI revealed Nousen tore her meniscus and ACL in her right knee, as she pointed out in her medical records. She said she called Family Fitness after the diagnosis.

"I said, 'I'm not coming back. There's no way I can', and she said we can put it on a 30-day hold but after that 30 days you will be charged for the sessions that you've missed with the trainer and all that," Nousen recalled.

She said the gym refused to listen. So to stop Family Fitness from charging her account, Nousen said she went to her credit union next door to the gym and changed her debit card number.

Problem solved, right? Well, just for the next three years.

Nousen said, "In May [2017], we went to buy a car and it showed up on my credit report that there were two accounts from family fitness."

Nousen said, "I haven't gotten any letters, no phone calls, no bills. I haven't gone anywhere. So it's not like they couldn't reach me."

Nousen is one of hundreds of people who've reached out to the FOX 17 Problem Solvers who are having issues with Family Fitness. The Problem Solvers alerted the Michigan Attorney General's Office about the high volume of complaints and forwarded dozens of emails to them. The AG's press secretary said the more complaints the office receives about a business, the quicker it gets escalated and looked at closely.

Just this past week, Attorney General Bill Schuette issued a cease and desist order to the gym's owners. He told them to stop the 'excessive cancellation fees' and 'misleading members' or risk a formal investigation.

"I think that the state should step in with something like this because obviously Family Fitness isn't going to stop on their own if I'm not the only one that this is happening to," Nousen said.

In the meantime, she's hoping to get this $,5000 debt off her report to improve her score.

Anyone facing excessive cancellation fees or a contested debt with this business, you can file a complaint with the Michigan Attorney General's Office by email at miag@michigan.gov, or use their Online Consumer Complaint/Inquiry page. Otherwise, they may send their complaint by regular mail or fax as listed below.