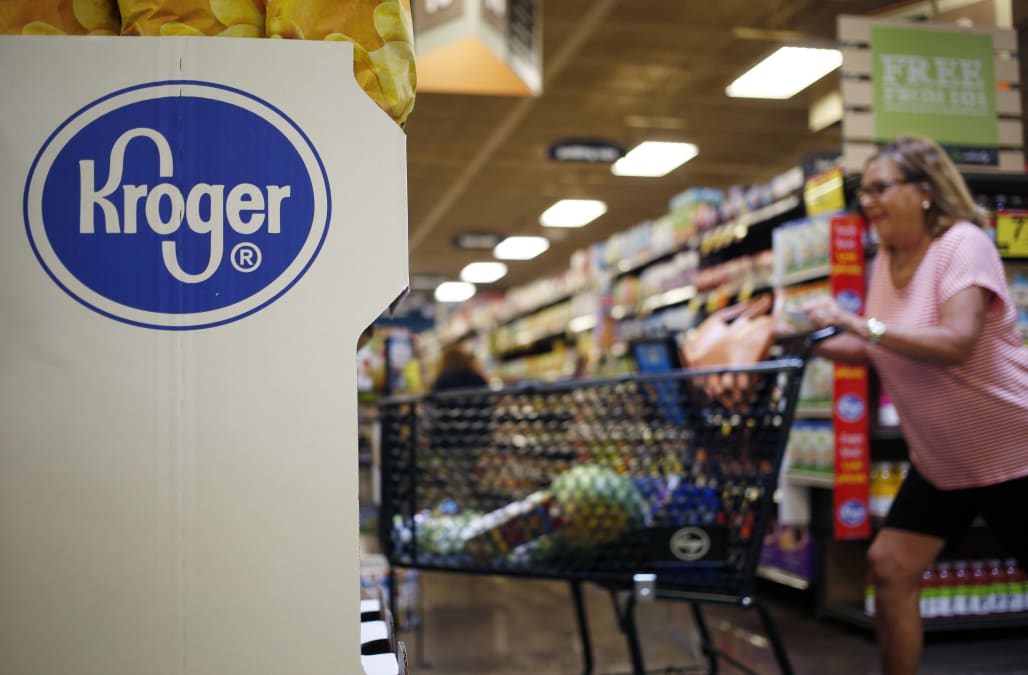 The German grocery chain Lidl just notched its first win in a legal battle with Kroger.

A federal judge on Tuesday denied Kroger's request to force Lidl to stop selling items under its "Preferred Selection" brand.

The close resemblance of the names will cause confusion for customers and allow Lidl to "compete unfairly" with Kroger, because customers could assume that the two brands are associated with one another, the lawsuit stated.

13 PHOTOS
What it's like to shop at Publix, America's favorite grocery store
See Gallery

What it's like to shop at Publix, America's favorite grocery store

The first Publix store was opened by George W. Jenkins in Florida in the midst of the Great Depression in 1930. It now has 1,146 stores across six states in the southeast.

​​​​​The majority of its stores are in Florida and Georgia.

In this year's Market Force survey, Publix knocked Trader Joe's from the top spot and beat major chains like Walmart, Kroger, and Whole Foods. It received high marks for its cleanliness, navigability, availability of items, and speedy checkouts.​​​​​

It was most highly rated for cleanliness — Publix shoppers gave it an 83% satisfaction rating in this category.​​​​​​

Publix has made considerable investments in remodeling its stores to keep them looking modern and clean. According to Tampa Bay Business Journal, it plans to spend almost $1.9 billion in 2017 on opening new stores, remodeling existing stores, improving its IT, and acquiring shopping centers where Publix is the main tenant.

Publix has brought up various rival chain stores such as Martin's, Albertsons and BI-LO. In July last year, it bought 10 Martin's stores in Virginia and plans to completely remodel these stores.

In July 2016, Publix partnered with Instacart to launch an online ordering and delivery service.

It's also added Starbucks kiosks to six of its stores, and another is on its way.

The chain is also testing meal kits in two of its stores in Florida to compete with companies like Blue Apron. The meal kits feed up to four people and come in different varieties. According to Orlando Sentinel, this includes meals such as beef brats and sauerkraut ($9.99) and chipotle shrimp tacos ($37.99).

Courtesy of Publix
Publix is perhaps most famous for its "Pub Subs." The sandwiches are freshly made at its Deli Department and have been a staple of the store since the 1990s. They use Boar's Head meats.

In a Harris poll of 23,000 American adults about their perception of the most visible companies in the US, Publix came in third place for reputation, ahead of companies like Google and Apple.

It has also made Fortune's list of "100 Best Companies to Work For," every year since the magazine started the ranking.

CEO Todd Jones has been at the company for nearly four decades. He started as a front-service clerk and worked his way up the ranks to become CEO in April 2016.​​​​​

U.S. District Judge John A. Gibney Jr. ruled Tuesday that the logos look "somewhat alike" but said "private" and "preferred" have different definitions, according to The Richmond Times-Dispatch.

"I think the public interest lies in competition," he said, according to the Times-Dispatch. "I don't find they have an identical or similar meaning."

Kroger is the nation's largest supermarket chain with nearly 3,000 stores. The company filed its lawsuit against Lidl a couple weeks after the German chain, which has 10,000 stores globally, opened its first US stores. Lidl is planning to open 100 stores along the East Coast by next summer.

The two chains are expected to compete fiercely on prices, with Lidl promising to offer prices of up to 30% below its competitors.

In a response to the lawsuit, Lidl accused Kroger of trying to thwart its US debut.

"Kroger is using this lawsuit to try to: disrupt the on-going launch of a new, emerging competitor that offers consumers high-quality products at far lower prices; distract from the positive reviews garnered by Lidl's launch by painting Lidl as a copycat — when in fact Lidl is a decidedly different and (better) grocery experience; and drive up Lidl's costs by having to defend against Kroger's spurious claims," the company stated in court papers.

Gibney set a Jan. 11 date for a bench trial on the matter.

SEE ALSO: A German grocery chain with the power to crush Whole Foods and Trader Joe's has officially invaded America — here's what it's like