2 million job candidates are desperate to work for Google. Why? 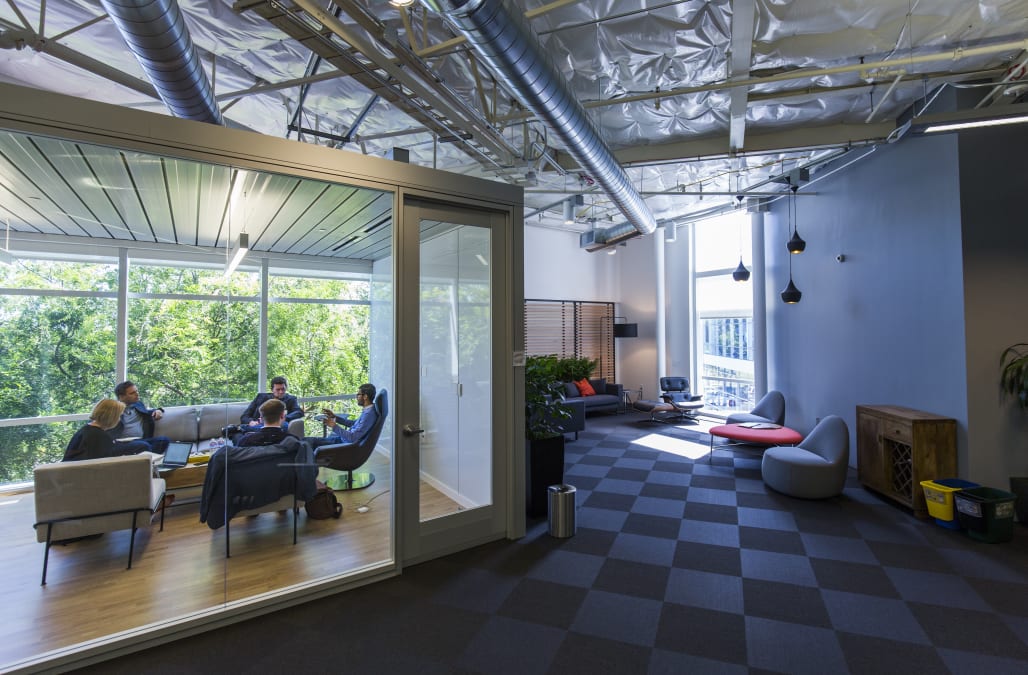 Think about this: Google is not just a tech company. It's also a company that could determine the future of work in this country.

Why? For one thing, Google's human resources operation sees more traffic in resumes and job candidates than most companies can ever imagine. In the U.S. every year, Google gets more than 2 million job applications every year.

Of course, those people don't get the job. With only one in 130 applications getting a final offer at the company, you have a better shot at getting into Harvard University than the top-ranked company to work for in America. That's what global recruitment platform Staff.com found in its analysis of Google's rigorous application process.

The overwhelming flood of applications make sense. Fortune Magazine has named Google the best company for six years straight because of its perks, benefits, and admired work culture. This 7-year-old girl has already decided that Google is her future home.

Google is jumping into the employment market as well. The company is spending $50 million to invest in nonprofit organizations that explore "the future of work," including job listings, training, and improving work conditions.

What is Google doing that's drawing 2 million job-seekers a year? Here are some things the company is doing right— and that it may want to do a bit better.

Although Google is currently in hot water with the U.S. government for an "extreme" gender pay gap, the company is known for paying the highest engineers salaries in Silicon Valley. Google's software engineers have the highest base salaries starting at $128,336, according to a Glassdoor report, and go up to $167,000 with a bonus. The highest-paid software engineers can make up to $630,000.

The drawback, however: Google maintains obscurity about its salaries. A few years ago, a rumor went around that one software engineer's salary was $3 million, a fact that could never really be verified. A Google employee spoke of a spreadsheet where employees talked about their salaries, but the company reportedly tried to stop that discussion. The US government recently accused Google of having an "extreme gender pay gap."

Once you jump through an interview process that can last 37 days with five different interviewers, a tech Valhalla awaits you. Free gourmet food and massages, free on-site daycare and free rides to work are all included. You can even bring your dog to work at the Mountain View, California, campus.

Google recognizes that to retain top talent, you need to offer top benefits. Google saw its employee retention increase by 50% after it increased its maternity leave from 12 to 18 weeks.

Google will even help its employees through their hardest life events by paying half of an employee's salary to his or her surviving partner for a decade after the employee's death.

If a Googler dies, they get all of their stock vested immediately on top of their life insurance payout. In addition to the ten-year payout to a surviving spouse, any surviving children will receive $1,000 per month until they reach 19 years of age, or until they turn 23 if they're a full-time student.

"When I mentioned this benefit to my wife, she cried," Googler Paul Cowan wrote in a Quora post about the death benefit. "She actually cried that the company would do that for her if something happened to me."

2016 proved to be a good year for the German sportswear company, which beat earnings expectations to report net income of more than $1 billion.

The year was the first in its 2020 strategic plan, which put in place by CEO Kasper Rorsted, who wants the company to boost ecommerce sales, increase efficiency, and focus on company culture.

Adidas launched collaborations with celebrities including Kanye West, Pharrell, and Rita Ora to boost awareness of its brand.

Rolls-Royce is one of the few traditional manufacturing B2B companies in the ranking.

The company produces the engines for a number of commercial airliners, such as the Airbus A380 and the Boeing 787.

The company is keen to work on new technologies too. This March it announced plans to invest in a R&D center in Finland to develop technology for autonomous shipping.

Intel became a staple in the technology industry as the leading manufacturer of chipsets for desktop and laptop computers.

Despite missing the mobile phone revolution, Intel is getting back on track. It was rumored Intel powered the iPhone 7. CEO Brian Krzanich has also said the company would be investing further in 5G and connectivity. The company kicked off 2017 with the $15.3 billion acquisition of the autonomous-driving company Mobileye.

Sony successfully got rid of its underperforming VAIO computer brand last year to focus on its more successful products.

2016 saw the launch of its virtual reality headset for the Playstation gaming console, where it owns over 50% of the market. Unknown to many, Sony is also the company making the camera sensors for a number of leading smartphones, including the iPhone 7 and Samsung Galaxy S7.

Its Sony Motion Pictures division had strong box office hits in 2016 with the relaunch of the "Ghostbusters" franchise and" The Angry Birds Movie."

Its Sony Music division has artists like Beyonce, A$AP Rocky, and Calvin Harris among its roster.

German engineering and electronics company Bosch used 2016 to solidify its positions in Internet of Things and software.

In October 2016 the company demoed its autonomous driving software and hardware and also announced it would be building its own cloud computing offering to compete with Amazon and Google.

Google's RepTrak score went up but it still dropped down from its third-place spot in the rankings in 2015.

2016 was the first full year since the launch of the new parent company Alphabet. It was also the year the tech company announced its new Pixel phone line and its voice-controlled speaker Home, which aims to bring artificial intelligence to the masses.

Alphabet also made a push into VR with the launch of its Daydream headset.

Canon was awarded nearly 4,000 patents in 2016, coming in third behind IBM and Samsung.

The world's biggest maker of cameras and printers grew through acquisitions in 2016, such as its $6.5 billion purchase of Toshiba's medical division.

Disney slipped down a spot in the 2016 rankings but its reputation score grew by a full point.

2016 was the year the company started to see the fruits from the acquisition of the "Star Wars" franchise with "The Force Awakens" continuing its box office tear into January and the release of "Rogue One" in December, which went on to gross over $1 billion at the box office. The company recently revealed it had enough "Star Wars" films to run all the way into 2030.

It also announced it was extending the contract of its CEO Bob Iger until 2019.

Lego was the biggest winner in the brand reputation rankings in 2016, rising up to second from its sixth spot the previous year.

While the toy company's competitors Hasbro and Mattel had mixed results, Lego has been on a great streak of performance. From 2010 to 2015 the company's revenues more than doubled and sales increased by 6% in 2016.

It also announced the appointment of the company's first non-Danish CEO, Bali Padda.

Rolex's position as the most reputable brand in the world is due to its incredibly high reputation for products and services. It was in the top 10 for every category in those areas.

The luxury market struggled in 2016, growing only 1%, but the Swiss watch brand successfully withstood the test of the Apple Watch, which launched with a luxury edition.

Last year, Rolxes announced its first watch in over 60 years with a moonphase complication, which makes sure it stays accurate for 122 years without adjustment. It also tells the current lunar phase.

The luxury watch brand was founded in London in 1905 before moving operations to Switzerland at the end of World War I.

REUTERS/Arnd Wiegmann
Up Next

Working with top talent will inspire your own. Google receives high marks from its employees on this invigorating work environment that's tasked with the high stakes of changing the world.

It's not just Google's own work culture it wants to improve. As we mentioned, Google's new philanthropic initiative "for the changing nature of work" aims to better connect job seekers with jobs.

For one Googler, that's the best part of working at the tech giant: the exciting work you do and the company you will keep. "For me the best perk is to be able to see, listen to and meet with people who I grew up reading about. Never in my life have I met so many people with a Wikipedia page," Googler Aditya Somani wrote.

Google also pushes you to pursue your own passions, and will allow its employees to use 20% of their time to work on individual projects—as long as you get manager approval.

Google's positive work culture is no accident, it's being constantly tested and analyzed by Google's People Operations department. The company's former head of human resources Laszlo Bock told CBS News that Google thinks about building this positive work culture starting on day one of employment. "We have data that says that if the manager shows up and says, 'Hi nice to meet you, you're on my team, we're going to be working together' and does a few other things, those people end up 15% more productive in nine months," Bock said.

This article 2 million job candidates are desperate to work for Google. Why? appeared first on Ladders.

More from The Ladders:
These 9 books will help you succeed in marketing
7 things that make great bosses unforgettable
More than half of US men think the gender gap is solved, poll finds