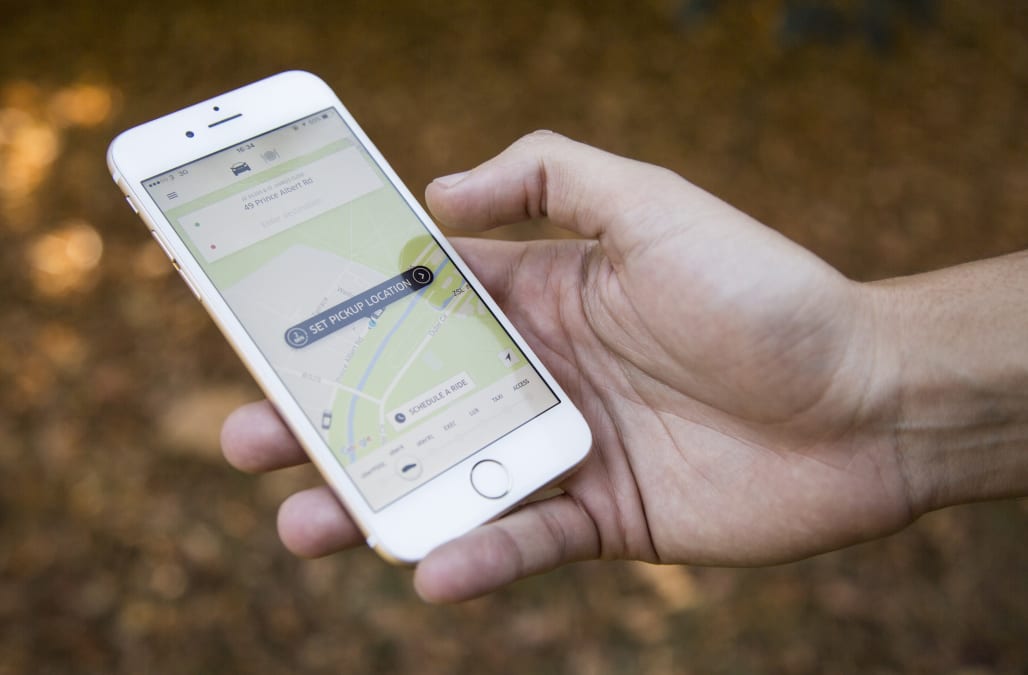 If you end up with an Uber driver engaged in a sex act, Uber will offer you $10 for your troubles.

That's what happened to Aner Manuel, who posted a video that appeared to show his Uber driver engaged in sexual acts while operating a motor vehicle.

In a Facebook post, Aner Manuel claimed that his Uber driver picked him up and already had a woman in the passenger seat.

"As we pulled off the female in the front (who was clearly on drugs) attempted to open the door and could not even sit straight as the vehicle was in motion. She then began to grope him and grab him. They began to kiss and she began loosening his belt," he wrote.

Manuel wrote that the intimate contact escalated, at which time he told the driver to pull over and let him out of the car.

RELATED: See how Twitter has reacted to recent Uber scandals

#DeleteUber
Lyft donates $1mil to ACLU while Uber doubles down on its support for Trump. #DeleteUber
Went ahead and did that but don't forget to support the Taxi Workers' Alliance as well. https://t.co/XxzbdEUAYz… https://t.co/tQLywf5xQm
Deleted Uber app and my phone works much better--I'm not a techie, but it seems like hate uses up a lot of RAM. #deleteuber
Don't just #deleteUBER from your apps. Follow these steps https://t.co/xbVkrMfJRb
Uber decides to be scabs for Trump on the same day that Lyft donates a grip of money to the ACLU? Pretty clear. #deleteUber
Lyft rejected the immigration ban and donated to ACLU! Uber crosses the picket line to break JFK can strike. Bye @Uber! Hi @lyft #deleteuber
.@Lyft donated $1,000,000 to the @ACLU. Uber broke a Muslim solidarity strike. Download Lyft. Show solidarity with solidarity. #deleteuber
I'm not usually one for hashtagtivism, but... #DeleteUber. https://t.co/IEseBIpcCO
Thank you @lyft! @Uber deleted! Proud of this support to the @ACLU. https://t.co/Geowi73NTU
DELETING @UBER RIGHT THE FUCK NOW!!! #WeThePeople #LoveWILLwin #FuckHate #FuckOppression if you support HATE YO ASS… https://t.co/svHfdsOIr8
Canceling #Uber like.... #bye #nomuslimban #teamfreedomoverfear #teamstopdefendinghate… https://t.co/ka5kXcGiuQ
When you go from living with a boyfriend to never speaking to him again https://t.co/s5n2kGyG6r
I will be downloading the @Lyft app. post. haste. ( and they don't cyber stalk you when your trip is over) https://t.co/XI4TUYhdET
The boycott is on delete #uber get #lyft or #juno just as good and they dont track u when its off either!!
Up Next

"As we got further and further from my pickup location I had no idea where I was, so I had to stay in the car. She then proceeded to perform oral sex. This was my last straw. I asked the driver to drop me off," Manuel wrote.

Manuel notified Uber, which gave him a refund and a $10 credit—but added that he's not pleased with the company's response.

"They have been extremely bad at answering any messages I've sent, and I demand something gets done. This is not okay" Manuel wrote.

The video is embedded below. A warning, it is relatively not safe for work.

Uber and Manuel did not immediately respond to requests for comment.

In a statement to the Evening Standard, Uber said the driver had been removed from its service.

"The behaviour of this former driver is appalling and is not tolerated on the Uber app. As soon as this situation was reported to us, we immediately removed this driver's access," the statement read.