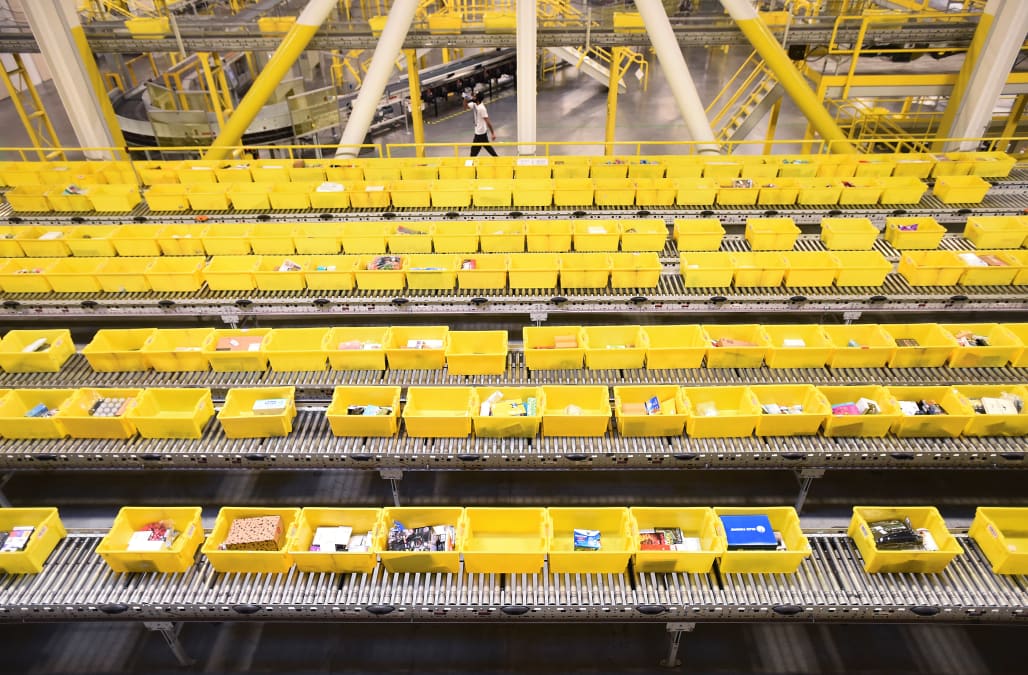 The boom in online shopping is resulting in new job opportunities in mid-sized cities, as fulfillment centers pop up across the country.

Distribution and fulfillment centers have created jobs in areas such as the Lehigh Valley in Pennsylvania, California's Central Valley and central New Jersey. With industrial space often limited or expensive in major cities, online retailers are building the distribution and fulfillment centers near major metropolitan areas and roadways to keep up with consumer demand for fast delivery.

While the new centers are creating jobs in communities that might need them and the tax revenue, they do have their critics, including those who say the pay is too low. Fulfillment center jobs typically range from $13 to $18.

Shifts can be long. At a new Walmart Fulfillment Center that opened recently in Davenport, Florida, the general manager told the local ABC affiliate news station that employees will either work four 10-hour shifts per week or a three-day week, for 12 hours per day — for $13 to $15 an hour with full benefits.

26 PHOTOS
Everything we're buying this summer from Amazon
See Gallery

Do You Know What You're Worth?

Fulfillment centers offer other jobs, of course. The Chewy.com center also includes jobs in human resources, information technology and management. The online retailer of pet food and pet-related products has a goal of employing about 700 people at the 800,000-square-foot fulfillment center.

Amazon's fulfillment and operations jobs page online — which, on a recent day showed more than 3,500 open jobs — also includes a variety of jobs in addition to the expected fulfillment associate, from logistics loss prevention manager to robotics software development manager.

One Amazon job advertised in Gardner, Kansas, for pantry associate sorting packages for delivery to Amazon Pantry customers, touts health care benefits starting day one and a 401(k) match. The $12-an-hour position describes working conditions that might turn off some applicants — including those afraid of heights, as you "must be able to work on a secure mezzanine at a height of up to 40 feet" and those who can't take the heat, as temperatures in the facility can sometimes exceed 90 degrees.

But there are other jobs resulting from the new fulfillment centers, too. Tracy, Calif.'s Mayor Robert Rickman told CNBC that the increasing daytime population has attracted other businesses, such as restaurants and retailers.

There's also new evidence that online retail isn't as bad on traditional retail as originally thought. (Traditional retailers — including J.C. Penney, RadioShack and Sears — are cutting thousands of jobs as they are forced to close stores, as consumers opt for online shopping over a trip to the mall or shopping center.)

The new evidence surprised even Michael Mandel, the economist who discovered it.

The chief economic strategist at the Progressive Policy Institute in Washington asserts that the move toward e-commerce is creating more jobs than are being lost in the brick-and-mortar retailing industry — and that these new jobs are paying much higher wages than traditional retail jobs. By his count, from December 2007 to May 2017, the e-commerce industry has created 397,000 jobs in the United States, compared to the loss of 76,000 jobs in the traditional retail industry. Those jobs related to e-commerce, he says, pay about 30 percent more than the brick-and-mortar ones.

In the past 10 years, the e-commerce industry has created 397,000 jobs in the United States.Click To Tweet

While these statistics could change some people's blaming online retail for job losses, there are still skeptics, like those who say these new fulfillment center jobs will eventually go to robots.

Do you have experience in fulfillment center jobs? We want to hear from you. Tell us your thoughts in the comments or join the conversation on Twitter.