5-year-old girl fined almost $200 for having a lemonade stand (Wonder why starting a business is hard?) 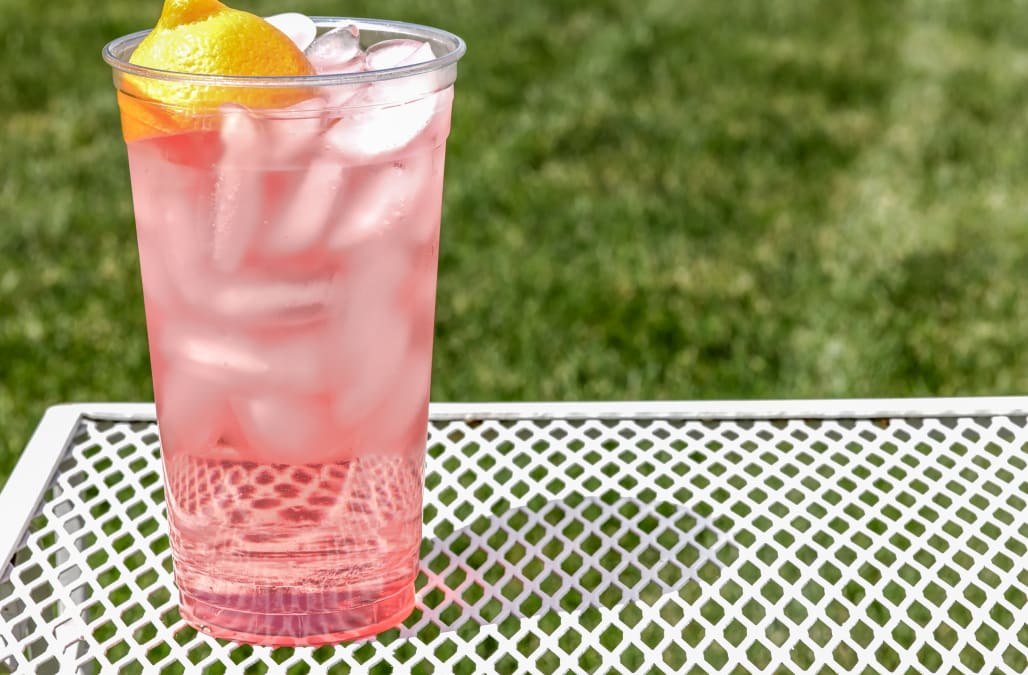 Building a business requires a little courage and a few small steps to begin.

You get an idea. You start to implement it. If you allow yourself to think too long about obstacles, you can talk yourself out of it.

INC. TODAY'S MUST READS: Google Spent 2 Years Studying 180 Teams. The Most Successful Ones Shared These 5 Traits

Which was odd, because she's British. Lemonade stands aren't quite as British as sipping a Pimm's. Hollywood infects many minds, I suspect.

As the girl's dad, Andre, wrote in the Telegraph, she put out a lemonade stand outside their home in London, made some lemonade and waited for customers.

She'd clearly thought about pricing. It was 50 British pence (just about nothing) for a small cup and one British pound (barely much at all, especially after the Brexit Show) for a bigger one.

Soon, she had business.

Soon the lemonade began to disappear.

They were likely the sort of officious busybodies who wouldn't ever cry at a chick-flick.

I'm sorry. I feel a touch biased. For these officials fined the little girl 150 British pounds. That's 300 small cups of lemonade or, to you, almost $200.

Were these people several pips short of an orange? And why, in any case, were there four of them? Had they heard that the Kray Twins were operating this stand?

INC. TODAY'S MUST READS: 1 Photo You Won't Be Able to Un-See (And What It Says About Hard Work)

Dad says that they tried to be nice by saying that if the fine was paid quickly, there would be a discount. To 90 British pounds.

You might have forgiven dad for thinking that these were some of the most stupid officials he's ever encountered in his life.

I might add that he's the author of The Stupidity Paradox. Its subtitle is: "The Power and Pitfalls of Functional Stupidity at Work."

I cannot confirm he's writing a follow-up entitled The Stupidity Won. Why My Family Is Moving To The Desert. There's Always A Need For Lemonade There.

Whatever business you start, someone will come along to tell you why you shouldn't or can't be doing it.

Worse, some will even tell you it's against the law.

INC. TODAY'S MUST READS: Want to Become a Great Leader? Act Like a Student, Not an Expert

Oddly, once Spicer's Telegraph article came out, the Tower Hamlets council decided that perhaps the fine wasn't warranted after all.

Still, the Four Horsepeople of the Commercial Apocalypse had already made a little girl cry. And, no doubt, wonder about the wisdom of owning a business.

You'll tell me this couldn't happen in America. I know one or two local officials who might delight in wielding such bitter power.

I'm also disturbed by one searing question: Which neighbor reported the little girl's stand to the council? You can't help but suspect it was one of them, no?

More on Inc.com:
Just Announced: A New Airline Specifically Designed For Millennials (Really)
This Airline Bumped an Unaccompanied Minor When He Was Already on the Plane (And Then Left Him Alone At The Gate)
McDonald's Just Announced It Will Do Something You Never Thought McDonald's Would Do (or Should Do)