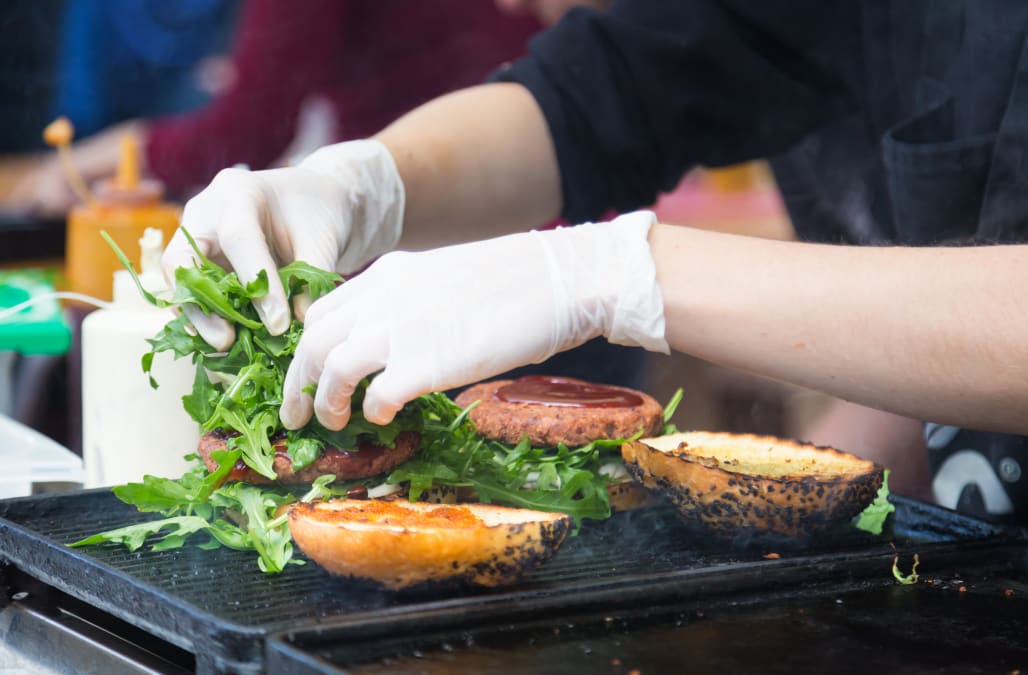 Calling all fast food chain lovers! If you are the kind of person who likes to super-size your meal, you might want to skip the soda. Otherwise, you may be drinking poop bacteria.

The Liverpool Echo reports that the bacteria was found in the ice served at all three fast food chains.

Thirty fast food restaurants were tested by Watchdog where they found that ice at three McDonald's, six Burger Kings and seven KFC locations tested positive for the bacteria. Four of the samples at Burger King and five at KFC had "significant levels."

All three restaurants issued statements on their dedication to proper hygiene, and KFC shut down the ice machines at the restaurants in question, commenting: "We are shocked and extremely disappointed by these results. We have strict procedures for the management and handling of ice." They claimed that they do "daily and weekly inspections and cleaning of the ice machine and storage holds."

The investigation was carried out following the shocking results of a previous Watchdog investigation, which found "significant levels" of fecal bacteria on ice samples in three major coffee chains.

E. coli cases and food poisoning
BOSTON - AUGUST 23: Colony of E. coli cells are grown in the synthetic biology lab at Harvard Medical School in Boston on Tuesday, August 23 2011. (Photo by Wendy Maeda/The Boston Globe via Getty Images)
ELIOT, ME - MAY 26: Kyler Dove, a seventh grader at Marshwood Middle School in Eliot, stops to take a drink from one of the 11,520 water bottles donated to the school Tuesday, May 26, 2015 by Cumberland Farms. Home Depot and Hannaford have also made donations to the school as it manages the current E coli scare. (Photo by Jill Brady/Portland Press Herald via Getty Images)
PORTLAND, OR - MAY 23: A shopper looks for bottled water on nearly empty shelves at a New Seasons Supermarket May 23, 2014 in Portland, Oregon. Oregon health officials ordered Portland to issue a boil-water alert after three separate samples tested positive for E. coli, a bacterium that can cause severe gastrointestinal illness. (Photo by Natalie Behring/Getty Images)
Jack Kurtz, 10, right, and mother Paula Gillett pose for portrait in their Rockford, Illinois home, November 5, 2009. Jack recovered from a food-borne illness last year. The source of the E. coli that hospitalized him was never determined. (Photo by Lane Christiansen/Chicago Tribune/MCT via Getty Images)
Madison Sedbrook, 6, right, and her mother Cindy are in their home at Highlands Ranch on Tuesday. Madison's parents are suing because she got e coli from eating raw cookie dough recalled by Nestle. Hyoung Chang/ The Denver Post (Photo By Hyoung Chang/The Denver Post via Getty Images)
PHILADELPHIA - FEBRUARY 21: A BJ's Wholesale Club awaits customers on February 21, 2007 in Philadelphia, Pennsylvania. Yesterday, the giant wholesaler announced a voluntary recall of prepackaged Wellsley Farms mushrooms, due to possible trace amounts of E.coli. No cases of the illness have been reported. (Photo by Jeff Fusco/Getty Images)
Up Next

More from AOL.com:
Chick-fil-A is rolling out 'family style meals' with mac and cheese and baked beans — and KFC should be terrified
'Nightmare scenario': A food safety expert explains why Chipotle can't seem to escape food poisoning scandals
Chipotle shuts down restaurant after customers get severely ill