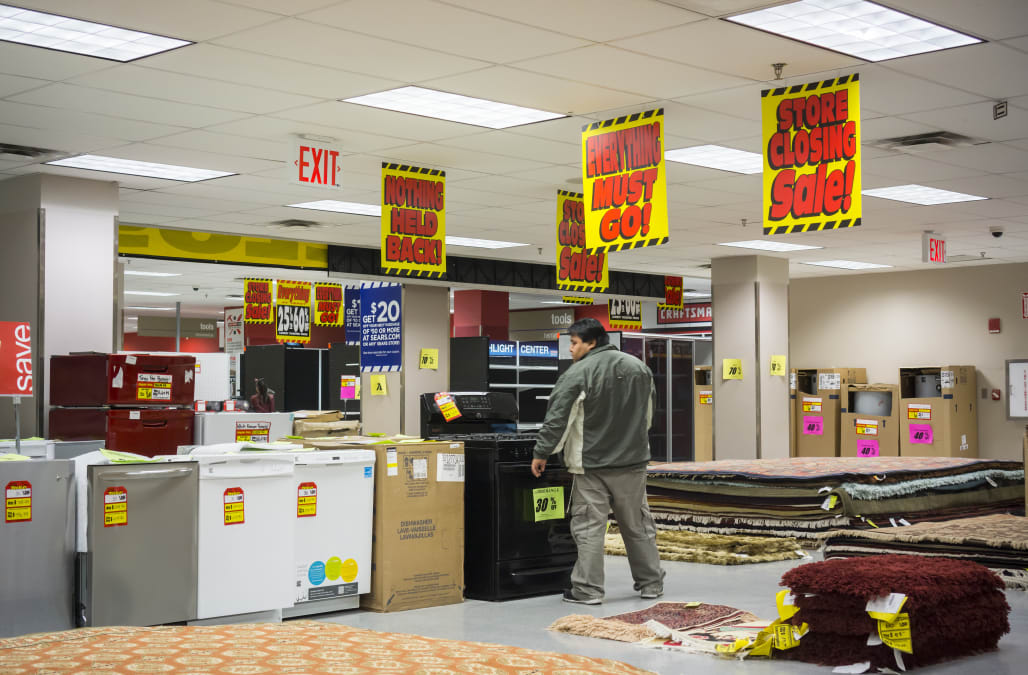 Sears just gave its customers one more reason not to shop in its stores.

The company announced Thursday that it's planning to start selling its Kenmore-branded appliances — such as refrigerators, dishwashers, and washing machines — on Amazon.

The deal will lead to the broadest distribution of Kenmore products outside of Sears stores, and should give the company access to new customers and revenue. Terms of the deal were not disclosed.

"The move makes sense as it puts Sears' brand products where customers are shopping and gives them a better chance of selling," said Neil Saunders, CEO of retail consulting firm GlobalData Retail.

But the strategy is also a major blow to Sears' stores, which had previously sold the appliance brand almost exclusively along with Sears.com, Saunders said.

They have been battling declining traffic and sales for years, leading the company to close hundreds of locations across the US.

Sears is planning to close more than 300 locations this year, bringing Sears' store count to less than 1,140, down from 2,073 five years ago.

With the decision to sell Kenmore on Amazon, it's likely even more stores will be forced to close.

"This is consistent with Sears aim of becoming more of a remote seller of strong brands without the encumbrance of expensive real estate," Saunders said.

In the meantime, many Sears stores that remain open are suffering.

The company has been cutting jobs and labor hours for its store employees and some of the stores are battling maintenance problems such as collapsing ceilings, water damage, and plumbing issues.

Sears CEO Eddie Lampert has repeatedly said that the company is aiming to become a more asset-light, ecommerce-focused operation as it works toward restoring profitability.

In a statement on the Kenmore deal Lampert said the company is continuously looking for ways to create additional value from the Sears' assets.

"The launch of Kenmore products on Amazon.com will significantly expand the distribution and availability of the Kenmore brand in the US," he said. "At the same time, Sears Home Services and our Innovel Solutions unit will benefit from the relationship as more customers experience their quality services for Kenmore products purchased on Amazon.com."

NOW WATCH: We did a blind taste test of popular french fries — the winner was clear