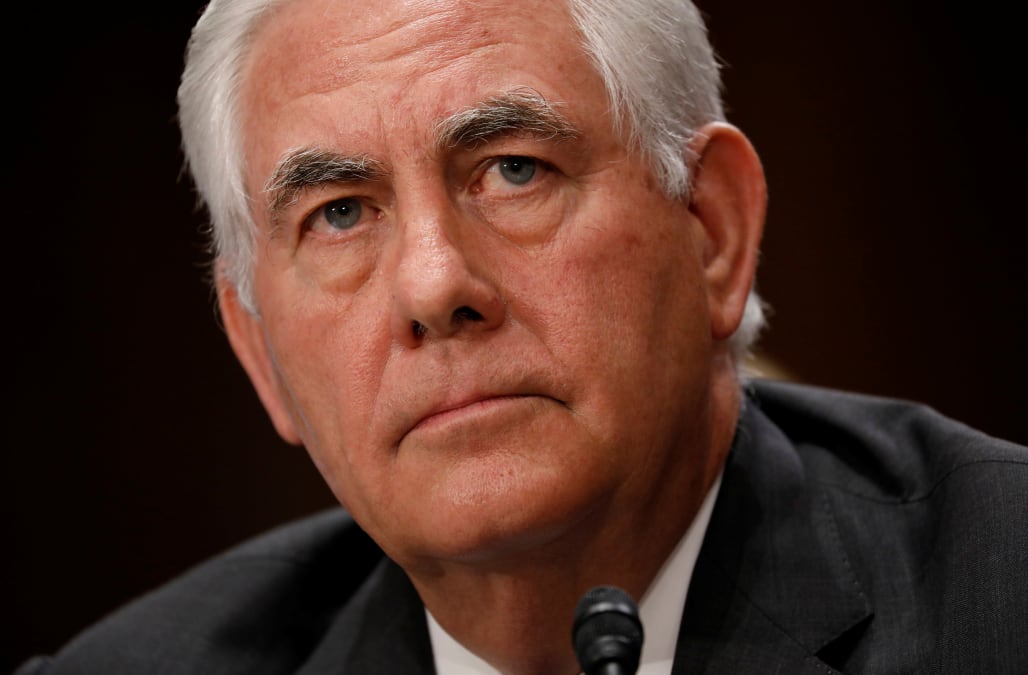 The Treasury Department has fined the oil and gas giant Exxon Mobil $2 million for violating US sanctions on Russia — and the violations occurred while Secretary of State Rex Tillerson was CEO of the company.

The Treasury said that Exxon violated the sanctions between May 14 and May 23, 2014 "by signing eight legal documents related to oil and gas projects in Russia with Igor Sechin, the President of Rosneft OAO, and an individual identified on OFAC's [Office of Foreign Asset Control] List of Specially Designated Nationals and Blocked Persons."

The Obama administration previously issued an executive order that imposed sanctions on Russia in response to the country's invasion of eastern Ukraine and seizure of the Crimean peninsula. Some of the sanctions leveled on Russia include the prohibition of technology transfers in Russian energy projects in the Arctic, Siberia, and the Black Sea. Sanctions also prohibit dealings with Rosneft CEO Igor Sechin.

"OFAC determined that ExxonMobil did not voluntarily self-disclose the violations," the Treasury said, "and that the violations constitute an egregious case."

According to the Treasury, Exxon's defense was that the company believed the sanctions established a "distinction between Sechin's 'professional' and 'personal' capacity," but the department insists that "no materials issued by the White House or the Department of the Treasury asserted an exception or carve-out for the professional conduct of designated or blocked persons."

The Treasury concluded that Exxon "demonstrated reckless disregard" when it dealt with Sechin, who was known to ExxonMobil's senior-most executives as a sanctioned entity. The department added that Exxon "caused significant harm to the Ukraine-related sanctions program objectives by engaging the services" of Sechin, who is "contributing to the crisis in Ukraine."

The Wall Street Journal reported in April that Exxon had applied to the Treasury Department for a waiver from sanctions on Russia in an effort to restart its joint venture with Rosneft. The firm applied for a waiver to proceed in the Black Sea, according to people familiar with the matter.

It is unclear whether the waiver request to the Treasury Department came before or after Tillerson joined the administration. But Tillerson has close personal ties with Russia and has struck several major deals with Rosneft in the past. He also received the Order of Friendship award from President Vladimir Putin in 2013.

Exxon and Rosneft signed a landmark deal in 2012 under Tillerson's leadership to explore Russia's arctic and its portion of the Black Sea, as well as drill in Siberia.

One key casualty of the sanctions on Russia ended up being the Kara Sea inside the Arctic Circle.Back in September 2014, Rosneft discovered oil there with Exxon; however, due to the sanctions, they could not continue the landmark joint exploration. This proved to be problematic for both parties: Rosneft does not have the technological ability to drill in cold offshore conditions by itself, while Russia was Exxon's second-biggest exploration area at the time.

Tillerson's close relationship with Russia and Putin has previously led to speculation that as secretary of state he could push for sanctions on Russia to be lifted — allowing Exxon's Arctic agreement with Rosneft, reported to be worth $500 billion, to proceed. Meanwhile, the head of Exxon's operations in Russia, Glenn Waller, said last April that the company will return to its joint project with Rosneft once sanctions against Moscow are lifted.

A "person familiar with the matter" told the Journal that Exxon has been seeking permission from the US to drill in areas affected by sanctions since late 2015.

Regarding the Black Sea region, the Journal also reported that Exxon "needs" a discovery of oil in the area by the end of the year in order to receive a license from the Russian government to drill under the terms of the Rosneft deal, according to the Journal. A "person briefed with the company's waiver application" said that "Exxon is worried it could get boxed out of the Black Sea by the Italians."

NOW WATCH: Rob Goldstone, a man with cringeworthy Facebook videos, could bring down the president's son