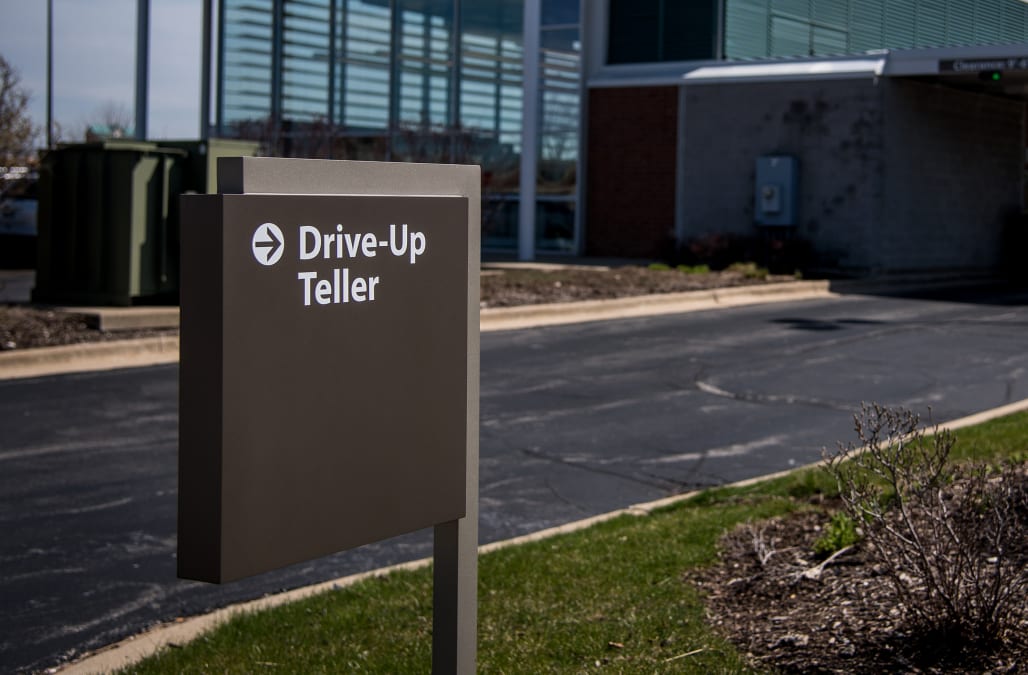 Wells Fargo (NYSE: WFC) has long been known among analysts and commentators as one of the nation's most efficient banks. As a result, when its efficiency started to slip recently, the bank responded by announcing an initiative to cut annual expenses by $2 billion by the end of 2019.

Part of that initiative is to prune its branch network. At the end of the second quarter, Wells Fargo operated the largest branch network in the United States, with 5,977 locations. That's meaningfully more than the bank with the second highest number of branches, JPMorgan Chase, with 5,217 locations.

Wells Fargo is already making progress on this goal. During the first six months of this year, it closed 93 branches, including 54 in the second quarter. It's now on track to close a total of 200 branches this year. And it plans to close an additional 250 branches in 2018.

But shareholders shouldn't expect savings to fall immediately to Wells Fargo's bottom line. As CEO Timothy Sloan noted on the bank's second-quarter conference call: "There are minimal immediate savings recognized from branch closures due to the initial closing costs. So therefore most of the expense benefit from the 200 branches we close this year will not be realized until next year."

Wells Fargo isn't alone in its decision to prune its branch network. Bank of America has been shuttering branches for years, as has JPMorgan Chase.

As online and mobile banking have taken flight, it's much more efficient for banks to serve customers through digital channels. JPMorgan Chase has said in the past that it costs $0.65 to handle a deposit transaction in a branch, $0.08 per ATM transaction, and just $0.03 per mobile deposit.

It's for this reason that Wells Fargo has placed an emphasis on growing its digital distribution channels. As of the end of the second quarter, in fact, the California-based bank has more active digital users than it does primary checking accounts, with 27.9 million digital active customers versus 23.6 million primary consumer checking customers.

The takeaway for investors is this: Closing bank branches shouldn't be analogized to retail companies shuttering stores. It's instead a necessary and welcome trend that, far from signaling a bank's demise, is a necessary tactic for ensuring long-term survival.

10 stocks we like better than Wells Fargo
When investing geniuses David and Tom Gardner have a stock tip, it can pay to listen. After all, the newsletter they have run for over a decade, Motley Fool Stock Advisor, has tripled the market.*

David and Tom just revealed what they believe are the 10 best stocks for investors to buy right now... and Wells Fargo wasn't one of them! That's right -- they think these 10 stocks are even better buys.

More from The Motley Fool:
Wells Fargo Reports Mixed Bag of Results for Second Quarter
Wells Fargo's Revenue Falls Short, but the Stock Could Be a Bargain
What Happened in the Stock Market Today