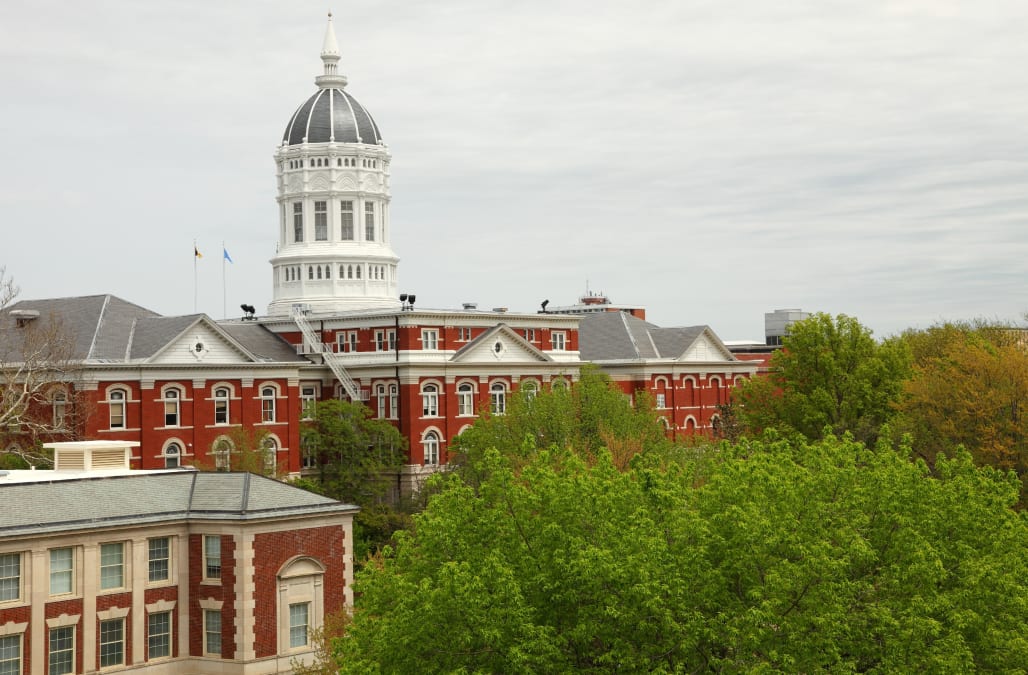 Out-of-pocket spending by parents fell to 23 percent from 29 percent of the average amount the typical family pays for college, according to a survey released Monday. That translates to about $5,527 out of the average $23,757 yearly tab.

That's the lowest dollar amount spent by parents since 2009, as well as the smallest percentage of the total tuition spent since the study started.

RELATED: The most expensive colleges to attend

Much of the difference was made up by a big jump in student borrowing to 19 percent of the total, from 13 percent.

Sallie Mae's study does not directly address why parental spending fell, but there are several indicators.

"It could be price sensitivity," says Mark Kantrowitz, publisher of Cappex.com, a college financing resource. "Parents may be telling students, if you want to go to that more expensive school, you'll have to pay for it."

The typical family that emerges from Sallie Mae's study is not big on planning: While 9 out of 10 expect their kids to go to college, only 4 out of 10 budget for it.

But there are some bright spots, notably that 69 percent eliminated some colleges from their selections because of cost, a number that jumped from 58 percent ten years ago.

For those taking active steps, like saving in a tax-advantaged 529 plan, the road to college is a lot less bumpy.

Financial adviser Therese Nicklas serves as a model for her Boston-based clients. Her first step was deciding on a budget based on what she could reasonably save over time and what she could take from monthly cash flow to stash money away for two kids.

"I told my kids, if you go over, you'll have to borrow," says Nicklas.

Her older son was disciplined about working and graduated with less than $25,000 in loans, but her younger son racked up so much debt he had to live at home after graduation while he aggressively chipped away at it.

One way families can come up with a reasonable budget number is by filling out the federal financial aid form known as the FAFSA, regardless of whether they think they will be getting financial aid.

Sallie Mae's survey found that FAFSA participation has made a steady climb to 86 percent, 12 percent higher than in 2008.

The FAFSA calculates an "expected family contribution" which colleges can use to calculate financial aid awards. But it also may be serving as a psychological cap for what parents can reasonably shell out.

"Two decades ago, college costs could be more related to buying a car. Now these costs are like buying a house. It's two completely different scenarios," says financial adviser Melissa Sotudeh, who is based in the Washington, D.C. area

While planning ahead works for parents, students have fewer options. Federal student loans max out at about $27,000, with no limit on higher-interest private borrowing.

Therese Nicklas is a big fan of leaning on student income from work rather than loans, but there's only so much of a dent a student is able to make in their total loans with their pay checks, especially if they face a massive tuition bill. Sallie Mae's survey found that 76 percent of students work to help pay their costs, with 55 percent of those working year-round.

About 1 percent of families use home equity loans or retirement plan loans, while about 3 percent put tuition on credit cards. Parents also take out federal PLUS loans and private loans.

"I heavily discourage 401(k) loans. I also discourage pulling money out of Roth IRAs," says financial adviser Jason Lina, who is based in the Atlanta area. "But credit card debt is the worst." (Editing by Lauren Young and Bernadette Baum)