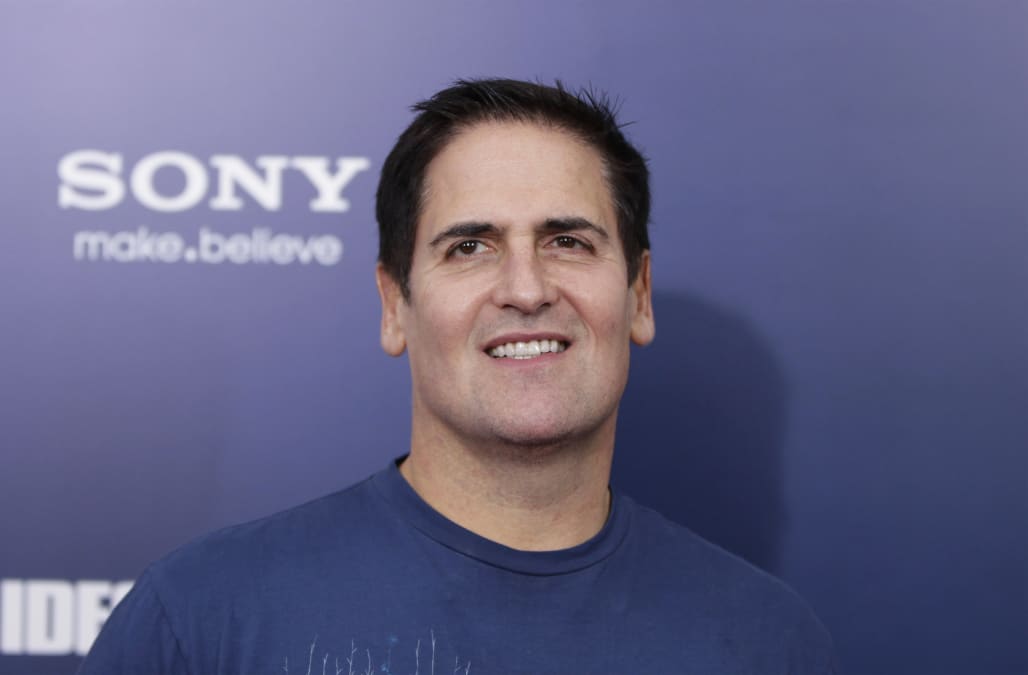 Think you know everything about the Shark Tank host? Here are a few lesser-known facts.

Think you know everything about Mark Cuban? The popular Shark Tank host has a lot of opinions, but you might not know that he started in business selling garbage bags door-to-door or that he once worked for a day at Dairy Queen.

1. "Selling garbage bags door to door, the seed was planted early on for what would eventually become long-term success." - Mark Cuban Companies

2. "Cuban spends his spare time reading up on computer programming and artificial intelligence.That's because to Cuban, 'life-long learning is probably the greatest skill.'" - CNBC

3. "After graduating college in 1980, Cuban moved to Dallas and worked in various desk jobs, and eventually taught himself how to code. After being fired multiple times, Cuban eventually decided to create a business of his own. That's when he launched his successful tech company, MicroSolutions, which he sold to Compuserve for $6 million." - Entrepreneur

INC. TODAY'S MUST READS: Why Do Employees Quit Their Managers? Here's the No. 1 Reason in a Short Sentence

4. "According to Wealth-X, he has nearly 50 percent of his net worth in cash and other liquid securities; an additional 30 percent is the value of the Dallas Mavericks. Investments in private companies he owns total just over 10 percent of his money. Eight properties, two private jets and a yacht reportedly make up the rest." - The New York Times

5. "Last year, a twenty-year-old Ohio man, Peeyush Shrivastava, cold-emailed Cuban with a pitch to invest in his start-up company, which was developing a medical imaging device. Cuban quickly replied, the two struck up an email relationship, and Cuban soon gave Shrivastava $350,000 in seed money to get his company off the ground." - Texas Monthly

INC. TODAY'S MUST READS: The Single Reason Why People Can't Write, According to a Harvard Psychologist

7. "Mark Cuban believes that kids should start learning about entrepreneurship from a young age. To get them excited about business, Cuban co-authored a book with Shaan Patel, the founder of test-prep company Prep Expert, and Ian McCue, the founder of Spark Skill, called How Any Kid Can Start a Business. The book will teach kids the fundamentals of entrepreneurship and hopes to inspire them to consider it as a career option." - The Huffington Post

8. "What drives you absolutely crazy? People who eat with their mouth open." - The Mark Cuban Weblog

9. "Cuban spent a day working behind the counter of a local Dairy Queen to make up for a comment he made involving the company." - AOL

10. "While attending Mount Lebanon High School he held a variety of jobs including a bartender, disco dancing instructor, and a party promoter." - BoomsBeat

More from Inc.com:
Google Ordered to Hand Over Records on Women's Pay
Eliminate Workweek Stress By Doing These 13 Things Immediately
Stuck On Finding a Business Idea? Here Are 3 Steps You Can Take