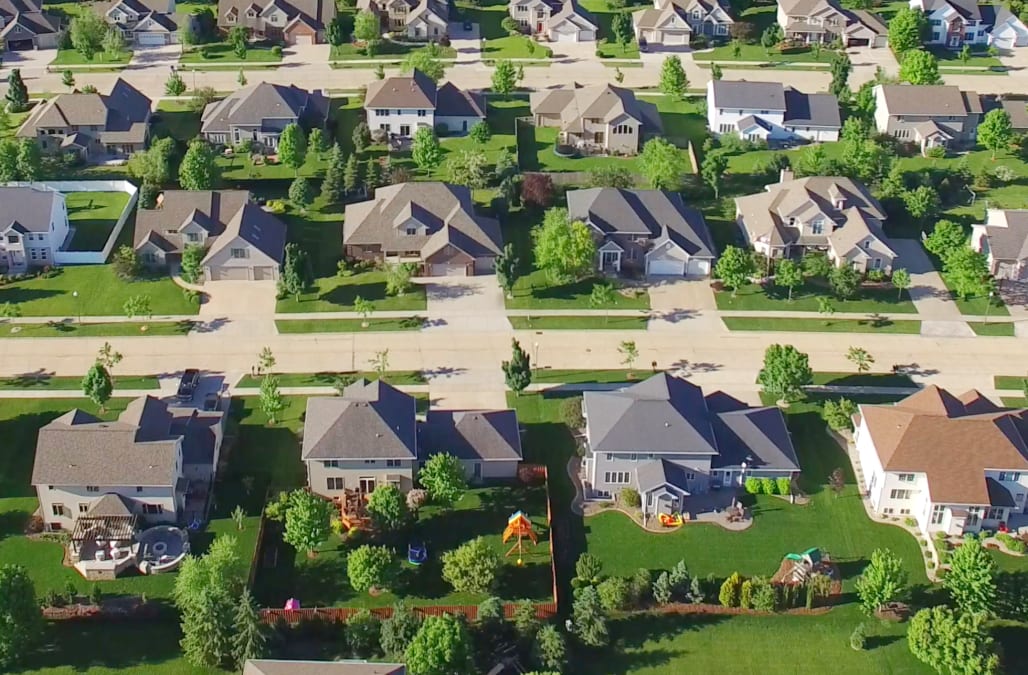 The Department of Housing and Urban Development (HUD) recommends spending no more than 30% of your income on housing. But in some cities across the country, people are forking more than half their income over to rent, or buying homes worth 10 times their annual salary. According to HUD's guidelines, these people are housing cost-burdened. Read on as SmartAsset takes a look at these and other affordability ratios to find the least affordable housing markets in America.

In order to find the least affordable housing markets in America, we looked at data on three different affordability ratios. We looked at rent as a percent of income, average housing costs as a percent of median household income and median home value to median household income. Taken together they cover a range of housing affordability issues. Take a look at our data and methodology section below to see how we created our scores and where we got our data.

12 PHOTOS
The most expensive US housing markets
See Gallery

The most expensive US housing markets

Passaic is located just north of Newark. Our data shows that the 70,000 residents here face enormous difficulty affording housing. Renters pay over 50% of their income keeping a roof over their heads, on average. That’s the highest rate in the nation. Passaic homeowners are struggling to get by, too. Average housing costs eat up 53% of the average household’s budget. Part of the problem is that the median household income in Passaic is just under $27,000.

We found that, in order to comfortably afford rent on a two-bedroom apartment in Miami, you would need to make around $90,000 per year. And our data shows that the average household in Miami makes $30,000 per year. That’s one-third less than we estimate they would need. (Readers should note that the U.S. Census Bureau differentiates between Miami Beach and Miami. Residents in Miami Beach earn just under $51,000, on average.)

Data also shows that Miami homes are largely outside of the reach of Miami residents. The average home is worth 9.5 times more than what the average Miami household earns per year putting it outside the affordable range. According to some experts, homebuyers can comfortably afford homes that are two or 2.5 times their annual gross income.

Residents in Hawthorne, California face the largest gulf between median annual income and home values. For average Hawthorne residents to buy the average home they would need to save 11.1 years’ worth of annual income. On other metrics, however, Hawthorne is faring better. The average renter pays about 38.5% of her income on rent, while average homeowners spend around 33% of their income on housing costs.

Davis is another city, like Passaic, where renters are paying over 50% of their incomes on rent, on average. On average Davis residents are wealthier than Passaic residents, but they also face much higher housing costs. Davis homeowners fare better than their renting counterparts. Homeowners pay only 30% of their income on housing costs, on average, which is reasonable. But buying a home may be a struggle for many Davis residents. Average home values are about 10 times higher than the average household’s income.

Power of waterfalls at Great Falls of Passaic River, Paterson, Passaic County, New Jersey, USA. Waterfalls are 77 feet (23 m) high. Part of Paterson Great Falls National Historical Park, administered by National Park Service. One of United States' largest waterfalls.
Photo of a Residential Neighborhood with Houses and Rooftops in the Inglewood area of Los Angeles, California, USA, shot from above.
An aerial view of the Marina, Marina Blvd, and looking up Divisadero Street in San Francisco, California. Sutro tower is visible on the mountains in the background. Neighborhood is the Marina and Cow Hollow district of San Francisco.
Aerial view of Hialeah city and Hialeah race track north of Miami international airport,Florida.

In order to find the least affordable cities in America, SmartAsset looked at housing data for 584 American cities. We collected data on the following three factors:

More from SmartAsset:
How to Wipe out Credit Card Debt with a Balance Transfer
Get 6% Cash Back on Groceries with this New Card
2017's Best Travel Rewards Credit Cards with No Annual Fee