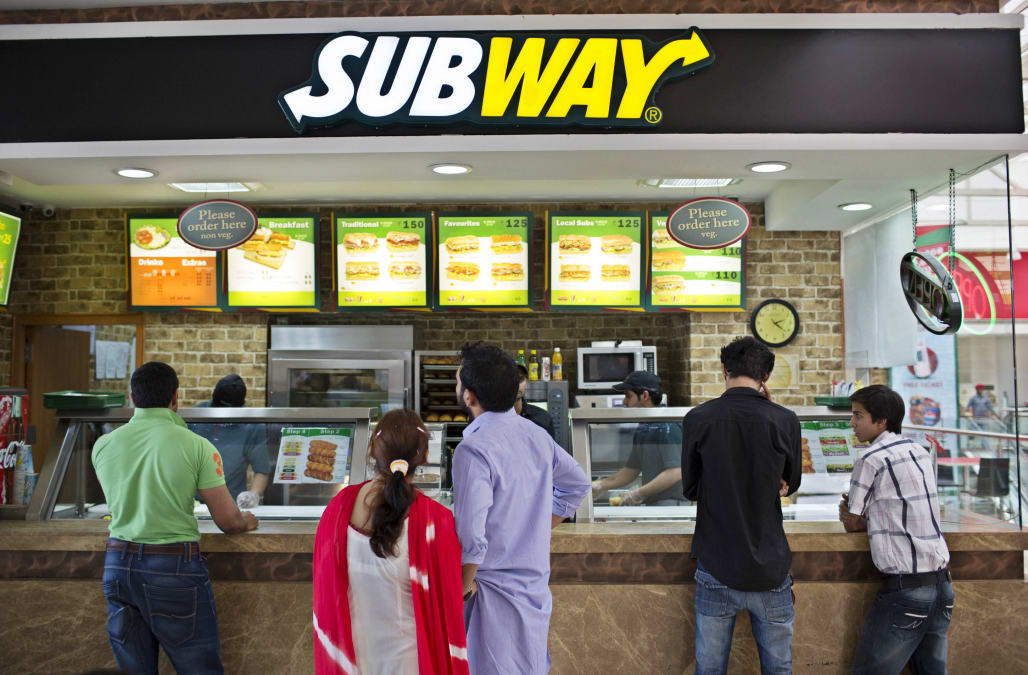 Subway is getting a fresh new look.

The fast food sandwich chain, which is the largest restaurant chain in the US, has been struggling.

Last year, sales at the chain fell 1.7 percent and its store count dropped by 359 locations in the US. It was the first time in history that Subway had seen a net loss in stores.

But the chain is hoping a makeover will help revive sales.

The new design has already been rolled out in 12 different locations across the US, Canada, and the UK. Currently, 85 of its existing locations in the US are being remodeled.

"The goal is to eventually have every restaurant redesigned to match the new look," a spokesperson for the brand told Business Insider. The chain has 26,744 total locations.

Check out the new stores below:

The new locations look a lot brighter than your typical Subway store.

Last year, Subway unveiled a new logo and started to cut antibiotics from certain products on its menu. However, the brand has still struggled to keep up with evolving eating habits and compete with healthier fast-casual chains.

In its new restaurants, there is more of an emphasis on fresh food. Displays show the fresh vegetables used to make sandwiches.

The bread is also displayed in open containers, similar to what you might find at a bakery.

Some of these restaurants also have self-order kiosks. This concept has already been adopted by many fast-food chains such as McDonald's, Wendy's, and Panera.

Customers will be able to pre-order food online or on Subway's mobile app and pick up in stores.

So far, the new design has only been rolled out in 12 locations in Florida, California, Tennessee, Texas, Oregon, and Washington, as well as in Quebec, Canada and Manchester, England.

Courtesy of Subway
Up Next