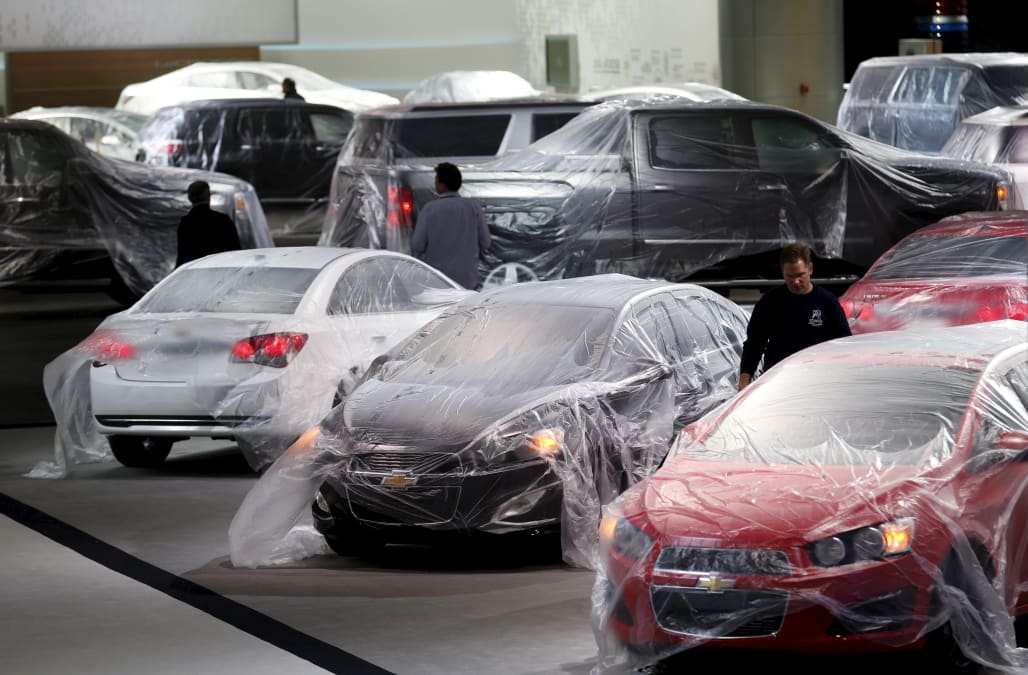 ORION TOWNSHIP, Michigan/DETROIT (Reuters) - General Motors Co has extended a shutdown at the Michigan factory that builds the new Chevrolet Bolt electric car as part of a broader effort to get control of bulging inventories of unsold vehicles in the United States.

GM's vehicle inventory in the United States hit a 10-year high in June at 105 days supply. The company has promised investors it will reduce that to a more reasonable level of 70 days by the end of the year. Cutting vehicle production also cuts GM's revenue and potentially profits.

GM has sold 7,592 Bolts through the first six months of this year, after rolling out the car at the end of 2016. From June 1 to July 1, supplies of the Bolt rose to 111 days from 104 days. GMlaunched the Bolt in California, but has said the car will be available in all 50 states by August.

GM also builds the Chevrolet Sonic small car at the Orion plant, and sales of that car are down nearly 37 percent for the year to date.

On Monday, Paul Masse Chevrolet in East Providence, Rhode Island, advertised on its website that it had more than 200 Bolts in inventory, at prices ranging from $35,688 to $41,488.

The Bolt is the first electric car in the U.S. market to offer more than 200 miles of driving range per charge at a starting price of around $35,000. Tesla Motors Inc's Model 3 will offer roughly the same driving range at a similar starting price. Tesla began building Model 3's for customers earlier this month, and has said it has more than 300,000 deposits from prospective buyers.

GM is cutting production at other plants to work down what Automotive News calculated as a 126-day supply of passenger cars as of July 1.

GM has extended summer vacation shutdowns at three other North American assembly plants. The assembly plant at Lordstown, Ohio, that makes the Chevrolet Cruze and a plant near Kansas City, Missouri, that produces the Malibu sedan both have three additional weeks of downtime. An assembly plant in Oshawa, Ontario, will be idled for two extra weeks to reduce inventories of the Chevrolet Impala large sedan.

"Shutdown periods vary by plant based on launch timing of new or refreshed models across the portfolio and our ongoing efforts to align production with market demand," GM said in a statement.