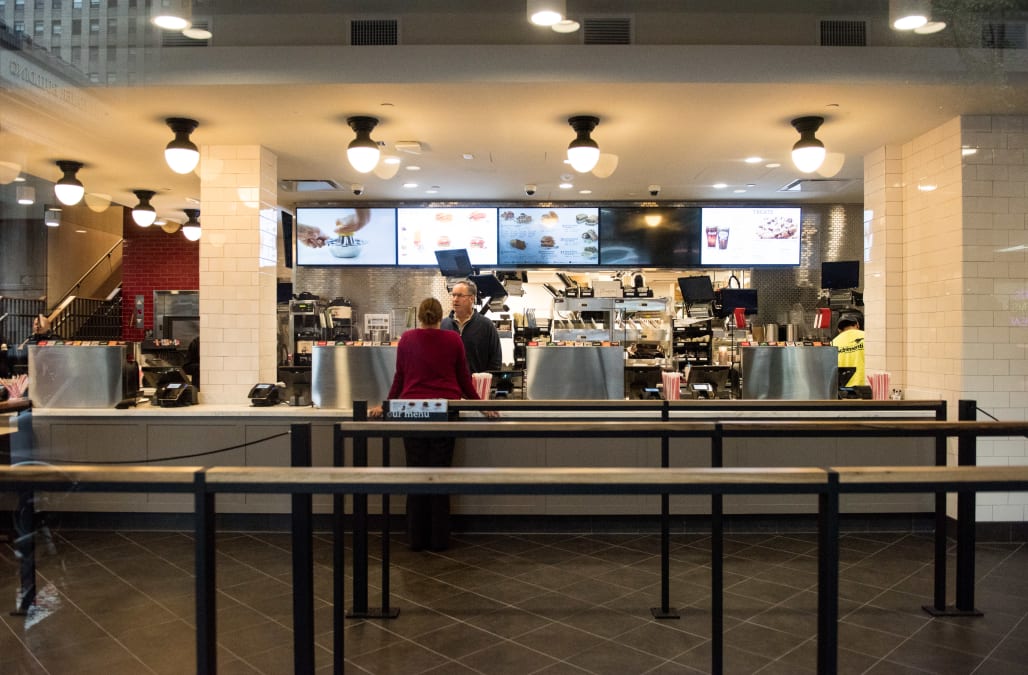 The new meals start at $29.99 and include one entree, two sides, and eight mini rolls to serve four people. If rolled out nationwide, they will be a direct threat to KFC's popular "bucket" meals, which are also meant for large groups.

Chick-fil-A's new meals are meant to draw more customers during dinner, which is the least busy meal for Chick-fil-A restaurants after lunch and breakfast, according to Matt Abercrombie, Chick-fil-A's menu development manager.

Family-style entree options include 30 chicken nuggets, 12 chicken strips, or four chicken breasts either grilled or fried. Side options include bacon baked beans, a fruit bowl, mac and cheese, a salad, or the superfood side (kale and broccolini with dried cherries, nuts, and a maple vinaigrette dressing). The beans are kettle-cooked and slightly sweet, flavored with bacon and brown sugar, and the mac and cheese is served with a blend of cheeses including cheddar, parmesan, and Romano.

Chick-fil-A is testing the new meals and sides in Greensboro, North Carolina; Phoenix, Arizona; and San Antonio, Texas until November 18.

Customer feedback in those cities will help determine whether Chick-fil-A rolls them out nationwide, Abercrombie said. To come up with the new menu, Chick-fil-A gathered together a group of parents and others in Dallas and asked them about their dinner needs.

"We heard that for a lot of people who are in charge of planning dinner, it's really not that enjoyable," Abercrombie said. "Some parents said 'I don't even eat until after my family is fed.' That was a really big 'aha!' for us."

Parents also said they wanted more ways to connect over dinner, so Chick-fil-A is including five "conversation starters" in the packaging for its family-style meals. There should be no added wait time for the meals, despite their larger size, Abercrombie said.

The meals can be ordered through the drive-thru or inside the restaurant, and will be available for ordering through the company's app at a delayed date.

NOW WATCH: Here's what that square patch on your backpack is actually used for

SEE ALSO: Chipotle's new queso dip could be a sign of 'desperation'