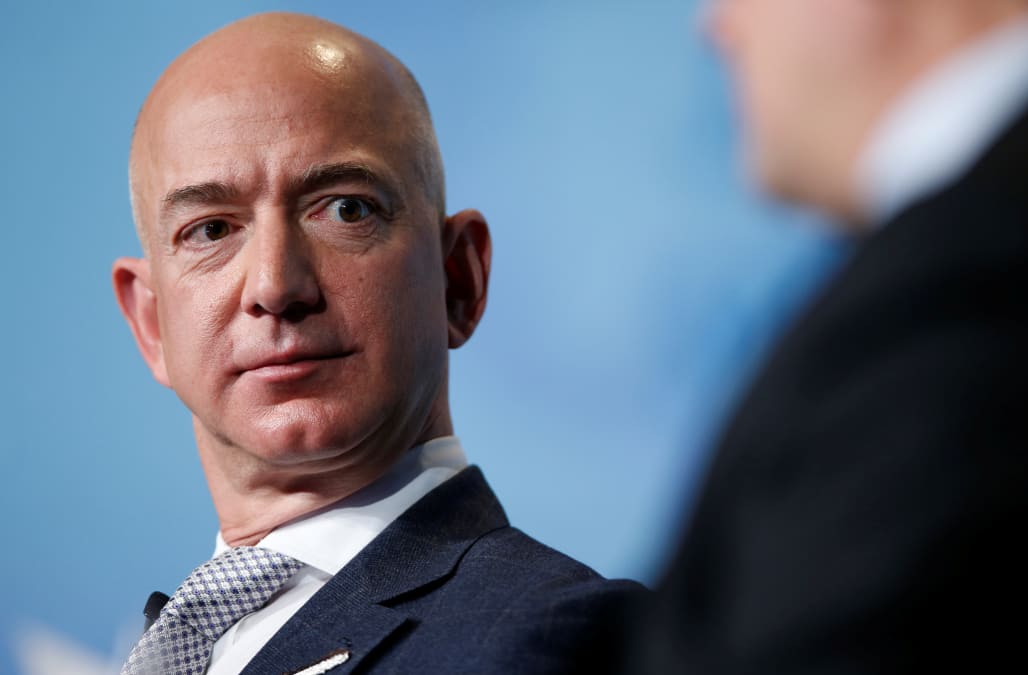 Big news (literally): like J.K. Simmons before him, it appears that Jeff Bezos is jacked now.

Images have emerged of the Amazon CEO looking slightly more muscular than usual at this week's Allen and Company Sun Valley Conference in Idaho.

And the internet, which has long taken an interest in "public figures who look different than they did before," is cracking jokes like Jeff Bezos probably cracks a fresh free-range egg from Whole Foods into his morning omelet.

We don't know about "bionic man," but that sure is a nice (and very angular) performance vest.

Reactions to Jeff Bezos' fit physique
Congratulations Jeff Bezos on your change in personal brand from “business ascetic” to “prefers killing with his ba… https://t.co/EK4dvD8fGd
jeff bezos doesnt get enough credit for his performance in whiplash https://t.co/k9wZK8VDro
Jeff Bezos at Sun Valley today lookin like he'll kick your ass if you short Amazon https://t.co/2LdQJBzctZ
Cameras have gotten better since 1997 https://t.co/bBwGggK4r0
@Nivo0o0 @ProductHunt Vin Diesel, is that you? https://t.co/yWJUmlzilk
Fun fact: The back of Jeff Bezos' head has never been photographed because then you'd see the barcode https://t.co/c3k1grMq1T
Up Next

Who will be the next bald celebrity who kind of looks like he could've been in Whiplash to get jacked? Stay tuned, we suppose.