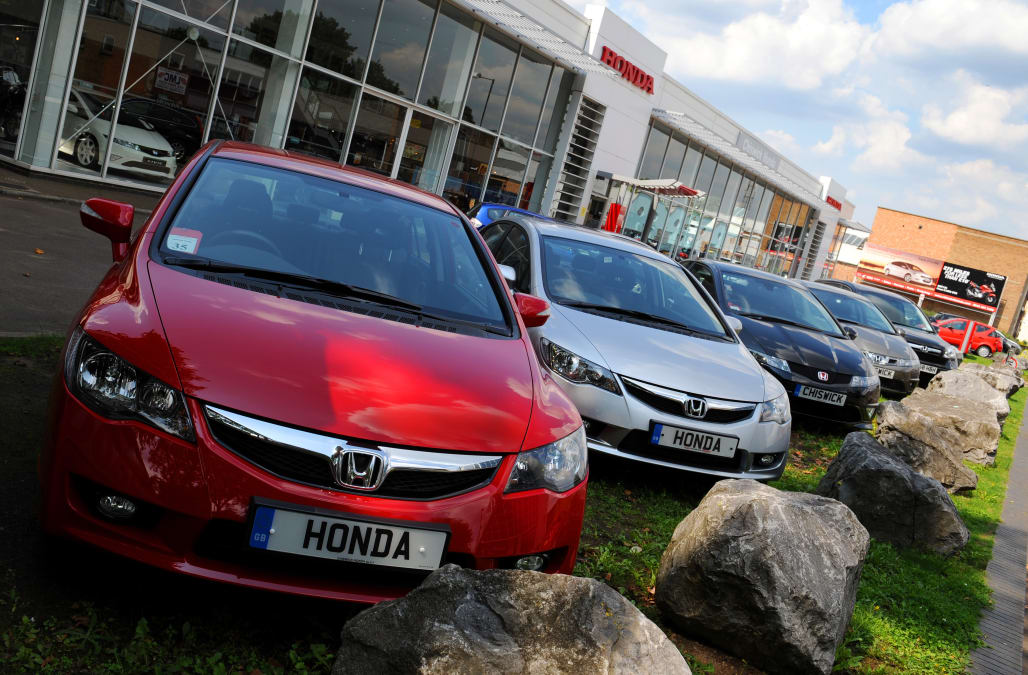 Honda Motor Co said on Friday it would recall about 2.1 million vehicles worldwide to replace battery sensors due to the risk of fire.

Chris Martin, a spokesman for the Japanese automaker said the recall would include 1.15 million Honda Accord vehicles from the 2013-2016 model years in the United States, and nearly 1 million elsewhere, to replace a 12-volt battery sensor.

The company said it had received four reports of engine compartment fires in the United States and at least one in Canada, in areas that use significant amounts of road salt during the winter. There have been no reported injuries.

The automaker has received 3,972 U.S. warranty claims relating to the issue.

RELATED: Check out the most valuable auto companies in the world:

The most valuable auto companies in the world

French auto company Renault has shares listed on the European Euronext market. The Renault Clio IV, Captur and Megane IV were among the top-selling models in France in 2017. Despite a 2.7 percent increase in revenue and a 112.5 percent increase in net income in the past three years, Renault's market cap has dropped 3.3 percent in that time. Renault is looking to the future by collaborating with Nissan to "develop a comprehensive, modular transportation system to enable clients to book rides and mobility operators to monitor and operate self-driving car fleets."

The price-earnings multiple contraction that has impacted the rest of the traditional auto industry in recent years has hit Nissan as well. The company's market cap has drifted lower by 2.7 percent in the past three years despite a 40 percent rise in revenue and a 56 percent rise in net income. In addition to the driverless car partnership with Renault, Nissan is looking to the future with its Leaf electric car. The Leaf was released back in 2011 and is the best-selling electric vehicle of all-time, with more than 250,000 models sold as of January 2017, according to Motor Trend.

Ford has been one of the pillars of the Detroit-based U.S. auto industry since its inception more than a century ago. However, Ford's net income declined by 35 percent in the first quarter of 2017 and is down 67.3 percent in the past three years. Despite 4.5 percent revenue growth in that same period, Ford's market cap has declined 34.3 percent. New CEO Jim Hackett is leading a turnaround effort that includes bringing a fully driverless car to market by 2021. At a forward P/E of only 6.8, Ford could be a value play for investors if the turnaround effort succeeds.

Japan's Honda is known for popular models such as Civic, Accord and CRV. Despite selling a record 4.7 million automobiles in 2016, according to Statista, Honda's market cap has declined by 20.3 percent in the past three years. Perhaps investors are concerned that the company will be late to the game in adapting to the changing auto industry. Last year, BI Intelligence projected more than 20 million driverless cars will be on the road by 2020, but Honda is targeting 2025 for the launch of its first driverless model.

Earlier this year, Tesla passed General Motors in market cap, ending GM's long reign as the largest U.S. auto company. GM's fully-electric Chevrolet Bolt EV was named the 2017 Motor Trend Car of the Year and is the Model 3's biggest competition in the affordable, long-range electric vehicle market at this point. Yet despite the positive performance of the Bolt EV, investors remain skeptical of GM's long-term prospects. Net income is up 210 percent in the past three years, but GM's market cap has shrunk 12 percent in that time.

Tesla is expected ship its first Model 3 this summer. Tesla produced a total of just 83,922 vehicles in all of 2016, suggesting the company has a lot to prove to justify its valuation. Tesla reported -$622 million in free cash flow in the first quarter of 2017 as it continues to invest heavily in building up its production infrastructure. Tesla bulls cheer CEO Elon Musk's innovative vision for transforming the auto industry. However, earlier this year, hedge fund manager David Einhorn said investors are "hypnotized" by Musk, and UBS analyst Colin Langan said Tesla's stock is "disconnected from fundamentals."

German auto giant BMW is one of the most successful luxury car producers in the world. In 2016, BMW reported record global sales of 2 million automobiles, up 5.2 percent from 2015. However, BMW stock is suffering from a familiar trend among legacy automakers. The company's market cap is down 25.7 percent in the past three years. BMW got off to a strong start in the electric car era with the launch of hybrid i3 and i8 models in 2013 and 2014. Since that time, BMW has been "falling behind in electrics," Union Investment fund manager Ingo Speich said earlier this year.

German automaker Volkswagen produced 6 million automobiles in 2016, but its key growth metrics are heading in the wrong direction. Revenue is down 8.7 percent in the past three years, while net income has plummeted 46.4 percent. In that same time, the company's market cap has dropped 37.5 percent. Volkswagen's reputation also took a big hit in 2015 when the U.S. Environmental Protection Agency revealed the company had been cheating on emissions tests since 2008. In March, CEO Matthias Muller admitted that while he would "love to tell the investors they should indeed stay calm … the Volkswagen brand is struggling to find its way in the future."

Daimler, owner of the luxury Mercedes-Benz brand, is the largest German automaker, selling roughly 3 million vehicles worldwide last year. Like all of the other legacy automakers, Daimler's market cap is trending in the wrong direction, down 23.7 percent in the past three years. Tesla may have brought the concept of driverless car technology into the main-stream consciousness, but Daimler's 2014 Mercedes-Benz S-Class sedan will always hold the distinction of being the first car to feature hands-off driving capabilities. Daimler has also been investing heavily in battery-electric drivetrains, investments shareholders hope will pay off in the coming decades.

With a market cap of more than $157 billion, Japan's Toyota Motor Corp. (TM) is the largest auto company in the world, nearly three times the size of Tesla. Toyota is not immune to the overall weakness in legacy auto stocks, as its market cap is down 13.9 percent in the past three years. The Prius is the top-selling hybrid model in history, with more than 6 million units sold as of the end of 2016. However, Toyota has fallen behind market leaders in electric car technology. In November, the company appointed its CEO Akio Toyoda to lead its newly-formed electric car division.

The battery sensors may not be sufficiently sealed against moisture intrusion, Honda said. Over time, moisture may introduce road salt or other material into the battery sensor, leading to rust and eventual electrical shorting of the sensor.

Due to the large size of the recall, Honda said dealers would initially adopt a temporary fix by applying an adhesive to prevent moisture intrusion, and then later replace the sensor.

Honda introduced a redesigned battery sensor in June 2016. After an investigation of the China incident, the automaker said it initially believed the "future occurrence rate was estimated to be low," but continued to probe the matter after receiving additional reports of fires. (Editing by Bernadette Baum)

More on AOL.com:
Millennials are destroying America's most iconic motorcycle brand
T-Mobile is opening stores at a breakneck pace
11 jobs to avoid if you prefer to work alone