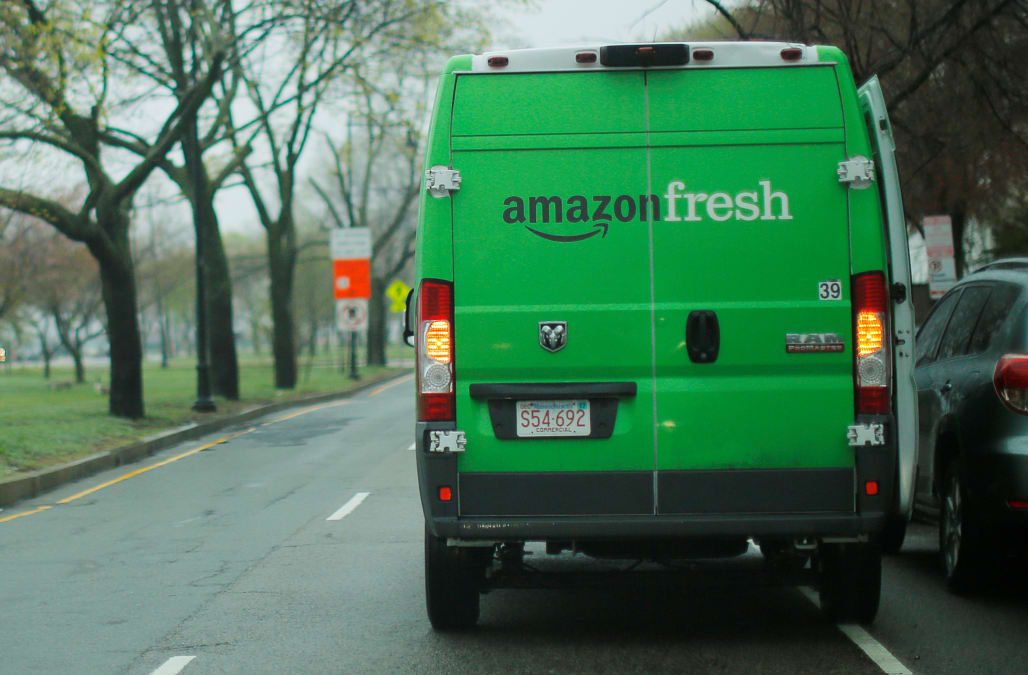 Amazon announced plans to take over Whole Foods in a move many speculate is intended to boost the company's food delivery business, but there may be a problem: High prices.

Comparing a basket of about 45 items across multiple grocery chains, a recent study by the research firm Gordon Haskett found that prices for Amazon's Fresh service are an average of 16.1% higher than at Walmart nationwide.

Amazon is trying to get into the crowded food retail business in a more meaningful way. Whole Foods is notorious for its high prices, though analysts are guessing Amazon will use its logistics prowess to help lower costs at the chain. High prices have been called Whole Foods' biggest problem, and according to the study, Amazon's existing grocery offerings are also expensive.

Gordon Haskett conducts the price comparison study monthly and has seen a rise in Walmart's price advantage in recent months. In March, the discount retailer beat other grocers' prices by 11.8% and currently is beating them by 13.5%. Amazon was an average of 16.1% higher than Walmart when measured in June, and hasn't improved its comparable prices since March.

RELATED: Check out the most valuable companies in the world:

Gordon Haskett compares the same 45 items across five US markets to conduct the study. It looks at grocers like Albertsons, Kroger, Randalls, Shaw's, Target, Walmart, and more, tracking prices over time.

Amazon has been having a much bigger year and is up 32.92% so far. There are still some rumors that a rival bid for Whole Foods may come through, either making the purchase more expensive for Amazon or stealing the company away entirely, though the rumors have died down lately. Whole Food's shares are hovering around the $42 announced acquisition price.

Amazon is currently trading at $1002.05 and broke through the $1000 line again after a successful Prime Day.

If analysts watching Amazon are right about Amazon wanting to lower prices for its grocery business, it hasn't happened yet.

More from Business Insider:
Buying these 9 gadgets will save you money this year
Learning how to write cold emails that get responses is an invaluable skill in the workplace
JPMORGAN: Here's how to profit from Amazon Prime Day