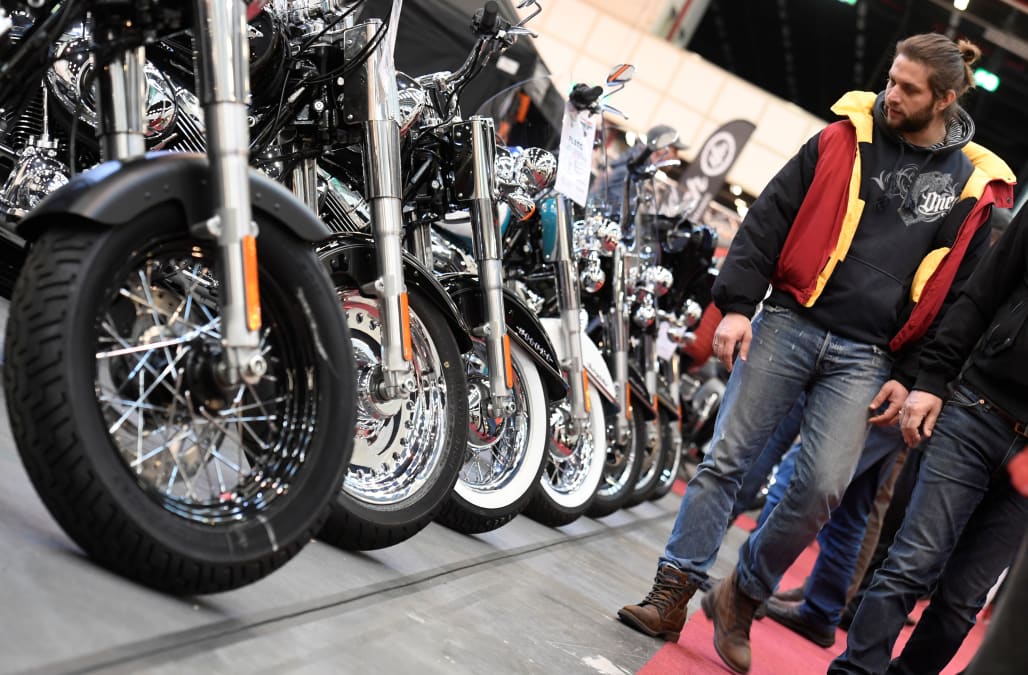 Harley-Davidson, one of the world's most iconic motorcycle brands, is struggling.

On Wednesday, the investment management firm Alliance Bernstein downgraded its rating of the company from "outperform" to "market perform" in a note to investors, CNBC's Thomas Franck reported.

Motorcycle sales at Harley-Davidson, which represents about half of the US big-bike market, were down 1.6 percent overall in 2016 versus the year before. U.S. sales fell 3.9 percent.

Alliance Bernstein cited the millennial generation as a key contributor in the brand's demise.

"Our data suggests the younger Gen Y population is adopting motorcycling at a far lower rate than prior generations," AB analyst David Beckel said in the note. "Gen Y's are aging into the important 'pre-family' cohort of riders and Boomers are increasingly handing over their keys to the smaller Gen X population."

Millennials have surpassed Baby Boomers in numbers to become the largest generation pool in the US. As Business Insider has previously reported, these 18 to 35-year-olds grew up during a recession, which has impacted their spending habits.

"I think we have got a very significant psychological scar from this great recession," Morgan Stanley analyst Kimberly Greenberger told Business Insider. "One in every five households at the time were severely negatively impacted by that event. And, if you think about the children in that house and how the length and depth of that recession really impacted people, I think you have an entire generation with permanently changed spending habits."

NOW WATCH: Here's the surprising reason highways have those concrete walls alongside them

More from Business Insider:
The Philippine container ship that crashed into a US guided-missile destroyer may be liable for almost $2 billion
House Democrats want to know why a major Russian money-laundering case was abruptly settled
These were the top-selling items from Amazon's Prime Day around the world