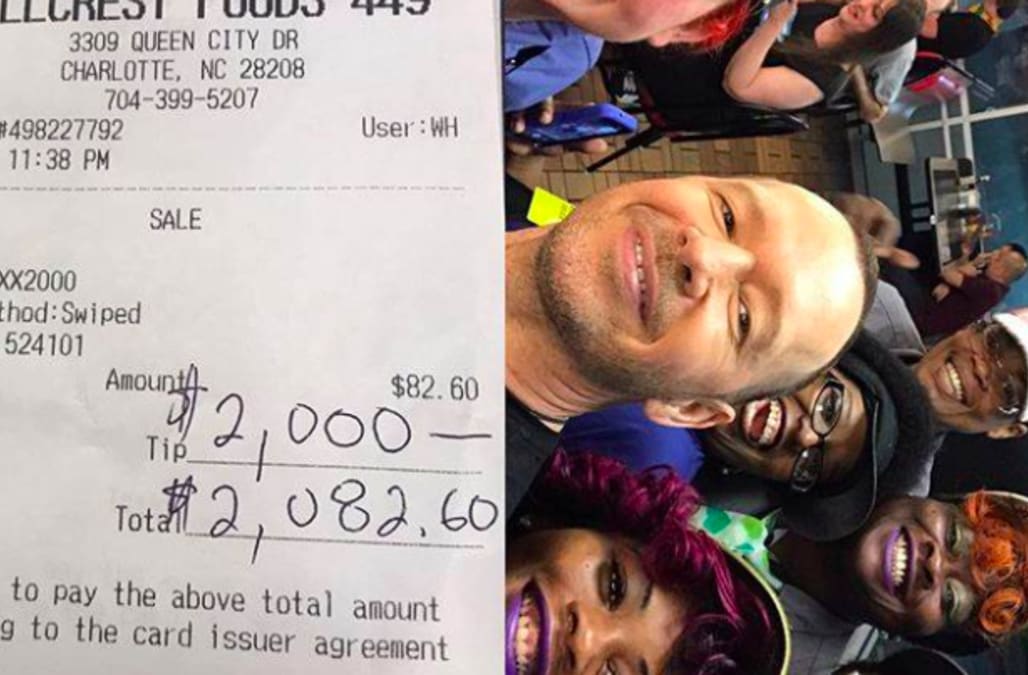 Ain't no party like a Waffle House party, and maybe no one knows that better than New Kids On The Block member Donnie Wahlberg.

On July 12, Wahlberg went for a late night meal at Waffle House in Charlotte, North Carolina where the band was staying for a show in Raleigh the following night.

In a bill that was hefty for a Waffle House meal to begin with, Wahlberg signed the check for him and his party for $82.

But when it came time to leave a tip, the staff was shocked to see a signed total of a whopping $2,082.

An excited and heartfelt Wahlberg wrote, "My mom waited tables, and my dad tended bars-- for years! So, when I walk into a #WaffleHouse, and the staff treats me like a king, you better believe I treat them like queens!"

The Waffle House crew looks equally as excited as Wahlberg, and we're thinking this selfie might rival Ellen DeGeneres' infamous Oscar selfie of 2014.

Wahlberg didn't stop with the major tipping — He also posted this Facebook live video where he gave a fan backstage passes to meet all of New Kids backstage during their show the following night:

Chivalry isn't dead and neither are all the good people — all you need is a couple of waffles to bring out the goodness in them!

Anyway, if you need us, we'll be blasting (and choreographing) "You Got It" for the rest of the day.

More on AOL.com:
The 25 highest-paying jobs you can get without a bachelor's degree
Customer gives restaurant server 'personal gift' because 'taxation is theft'
This racy 'breastaurant' chain is becoming a major threat to Hooters