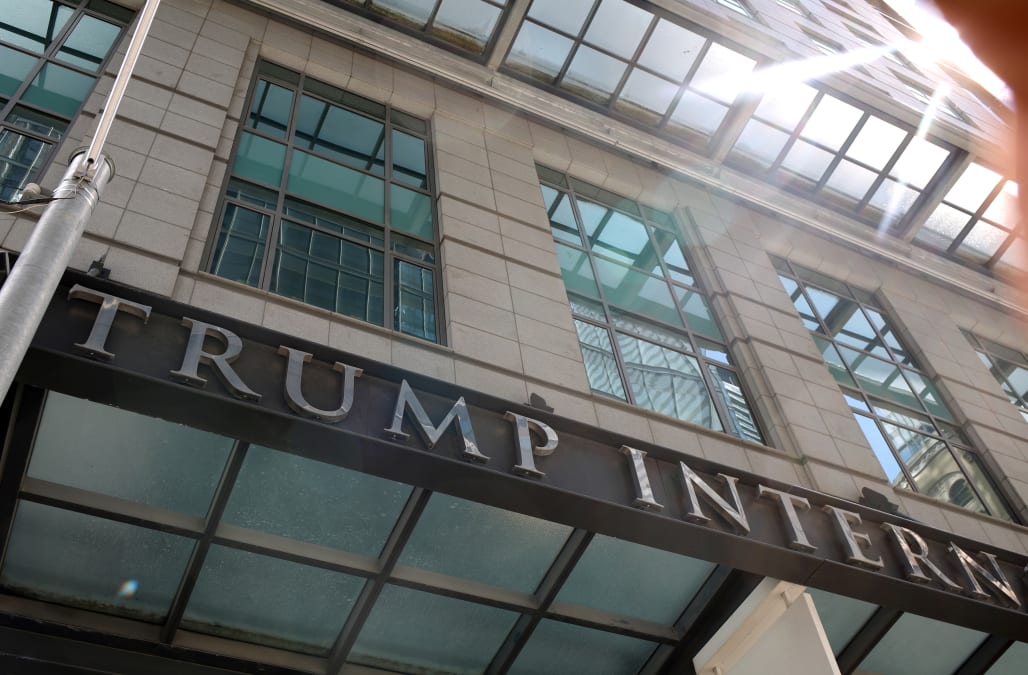 Looks like Donald Trump has another hack to be concerned about.

Hackers recently stole information from guests of 14 Trump Hotels, including the firm's properties along Central Park in New York City and the recently-opened Trump hotel in Washington, D.C, according to a letter and notice released by Trump Hotels.

The hackers managed to steal information only from guests who stayed at the hotels during certain time periods, mostly starting in November 2016, though in the case of one hotel, as far back as July. Some hotels had guest information stolen for a period of only three days, while other hotels had months worth of information stolen by hackers. You can check out the noteworthy dates and locations on the Trump website here.

Though guests of Trump Hotels were affected, Trump Hotels itself wasn't hacked. The company uses Sabre SynXis Central Reservations to facilitate guest bookings, and hackers broke into the reservation system to get the data.

According to a Trump Hotels notice about the hack, the thieves got away with information such as "cardholder name, payment card number, card expiration date, and potentially card security code. In some cases, the unauthorized party also was able to access guest name, email, phone number, address, and other information."

Hackers did not, however, get social security numbers, passport numbers, or driver's license numbers.

"We understand that Sabre engaged a leading cybersecurity firm to support its investigation," wrote the author(s) of the Trump Hotels notice. "Sabre indicated that they also notified law enforcement and the payment card brands about this incident."

As for the guests, Trump Hotels advises visitors to check their credit card statements for items they didn't buy.

The hack takes on an additional charge when put in context of Trump's, shall we say, less than savvy, comments about "the cyber." While, Donny T has made many an questionable statement during his political rise over the past two years, Trump's words on cybersecurity are arguably his most embarrassing.

In 2016, during the presidential debates between Trump and Hillary Clinton, Trump was asked how the United States can combat cyber attacks on its institutions. Part of his answer included the words, "I have a son. He's 10 years old. He has computers. He is so good with these computers, it's unbelievable."

Trump also tapped former New York City Mayor Rudy Giuliani to be his cybersecurity advisor, even though Giuliani only recently discovered Signal and his security firm's website is hilariously vague about what it does and how.

Let's just hope that, if Trump hotels decide to look into this round of hacks, someone more knowledgable than Trump and Giuliani Partners leads the investigation.

RELATED: Trump buildings around the world