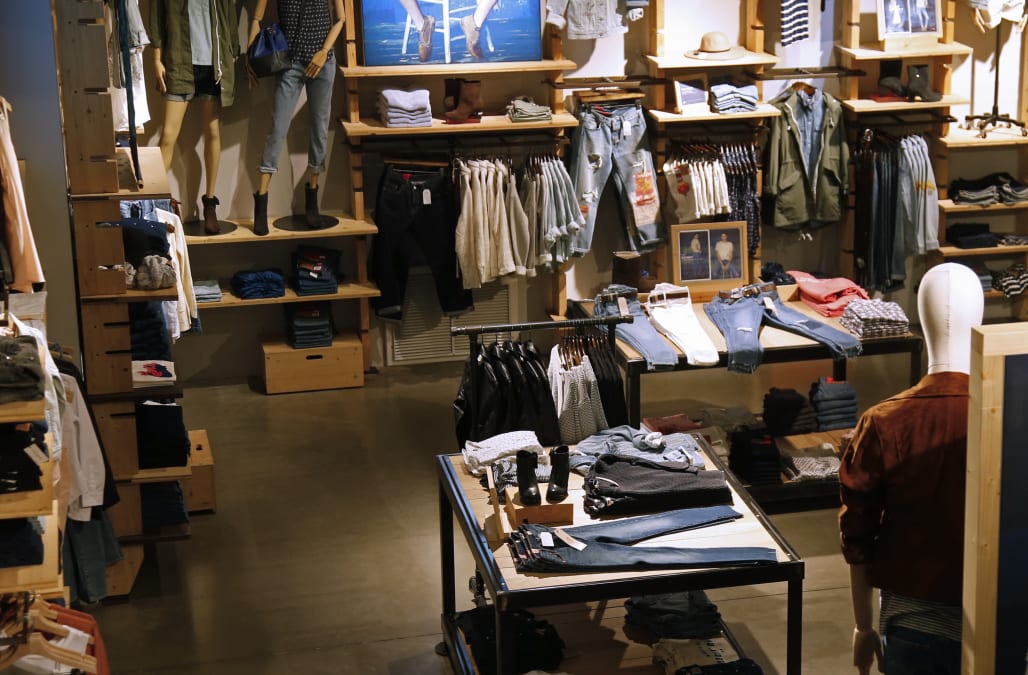 Amazon is expected to surpass Macy's to become the biggest apparel seller in the US this year.

While Amazon has dominated overall online sales in the US for years, the site is a relative newcomer to the fashion world.

The company's swift success is due, in large part, to underwear sales, according to a new report by retail consulting firm One Click Retail.

Men's and women's underwear and intimate apparel accounted for two out of five of Amazon's top-selling apparel categories last year, for a total of $415 million in sales, according to the report.

Socks are another top seller. Here are the top-selling apparel items on Amazon.com last year, according to One Click Retail.

RELATED: Check out some major retailers closing their doors this year:

Amazon's clothing and accessory sales are expected to grow nearly 30% this year, to $28 billion, according to Cowen & Co. Macy's apparel sales, by comparison, are expected to drop 4%, to $22 billion, in the period.

A majority of customers still prefer to shop in department stores over Amazon for clothing, shoes, and accessories, however.

A recent survey by Cowen found that nearly 18% of consumers prefer to shop for those items on Amazon, compared to 40% who prefer to visit department stores.

Over the past couple of years, Amazon has ramped up its investment in fashion by launching its own private-label clothing brands and sponsoring the first New York men's fashion week.

The company has also hired executives from luxury fashion companies, such as Julie Gilhart, the Barneys New York fashion director whom Amazon reportedly hired as a consultant, and Vogue editor Caroline Palmer.

Also in the past few years, Amazon has started to shift its fashion strategy toward offering more high-end designer names such as Zac Posen and Stuart Weitzman.

NOW WATCH: Forget Chicago and New York — the best hot dog in the world is in Iceland

More from Business Insider:
Amazon is killing Black Friday
33 depressing photos that show Sears is a disaster
The vast majority of Starbucks workers say in a new survey that the chain needs to fix a major problem