Walmart is getting crushed ahead of Prime Day 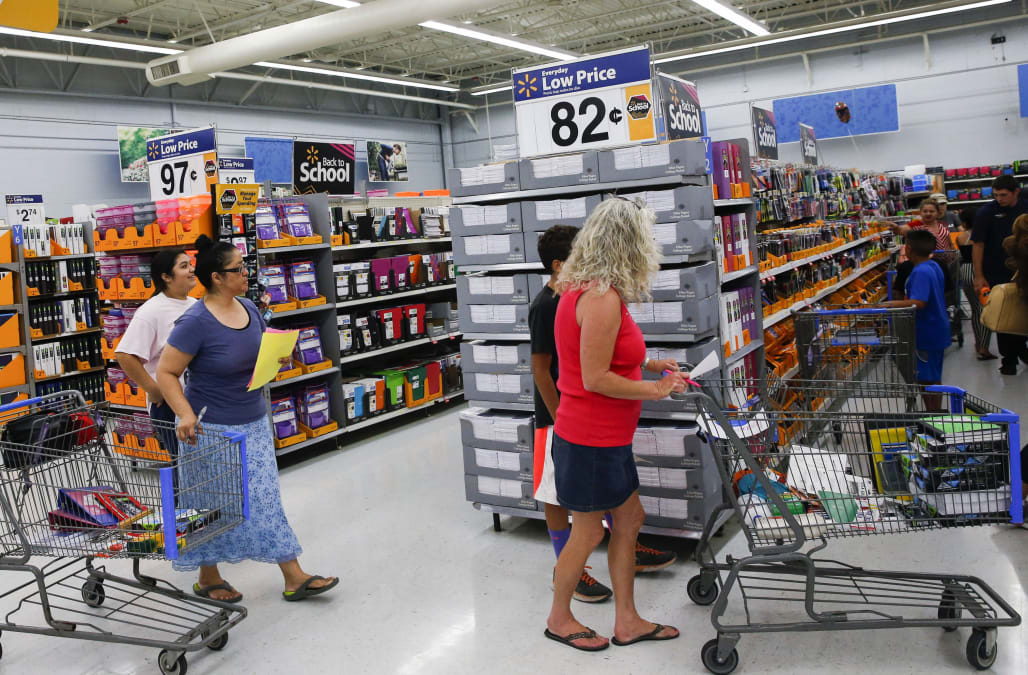 Amazon's big annual Prime Day sale starts after the closing bell on Monday, and Walmart investors are quaking in their boots.

Shares of Walmart have fallen 2.35% on Monday ahead of Amazon's in-house holiday. The online giant is set to pull in $1 billion during the 30-hour sale.

RELATED: Check out major retailers closing their doors this year:

Walmart has been trying to beef up its online retail business recently. It bought Jet.com last year and has been buying up small fashion retailers in an attempt to spur online orders. It's been a successful strategy so far, but hasn't succeeded in putting Walmart on the same level as Amazon.

As shares of Walmart fell, Amazon was gaining. Amazon was up 1.81% on Monday, and just a few dollars short of the $1000 per share milestone.

More from Business Insider:
JPMORGAN: Here's how to profit from Amazon Prime Day
This upgrade will extend the life of your MacBook Air for years
Most people blow 70% of their money on 3 things — and cutting back could be the key to retiring much earlier

SEE ALSO: Amazon shares are threatening to reclaim $1,000 ahead of Prime Day