The exact words to use when negotiating salary 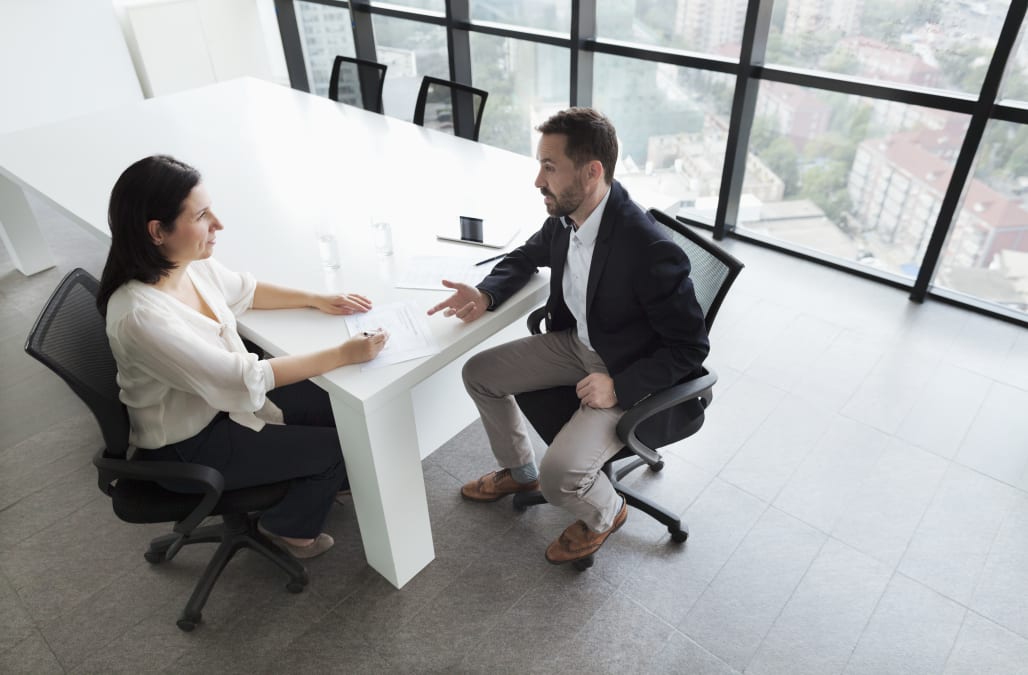 You may not feel very powerful before you've officially signed a job offer to accept a position. After all, you aren't even working at the company yet. But the fact is that you have the greatest negotiating power during that short window of time between being offered a job and formally agreeing to take it.

Think about it: The hiring manager has already tipped her hand by letting you know she wants to bring you on board. The team has invested time and resources in the interview process, they have consensus on hiring you and they're eager to seal the deal and put you to work. This is the perfect time to talk salary.

Gulp. This is the hard part. In fact, dealing with salary negotiation makes many people so uncomfortable that they end up accepting the first number offered without countering. This is a mistake, since employers generally expect some negotiation in the hiring process and have built that into their offer by initially pitching a number that is lower than they can ultimately go.

So how do you go about negotiating a salary that reflects what you're worth? The first step is to arm yourself with some market data on average salaries for your position, keeping in mind that certain parts of the country pay more than others.

Next, factor in your own level of experience and unique attributes that you bring to the table – it's possible that as a highly valued candidate, you can command even more than the market average.

Finally, build in a small cushion of cash that goes slightly above the actual number you want, so that if they offer less than you ask for, you'll still be happy with the results.

RELATED: Here are some things you should always say when negotiating your salary:

As part of your informal verbal job offer, the employer has likely shared a suggested starting salary with you. Let's say the number on the table is $53,000, which you happen to know is a little low for the industry, based on your research. Don't think of this as the final word on what you'll make, but as an opener to begin negotiating. Keeping in mind that the employer has likely suggested a deliberate low figure anticipating negotiation, you might say something like:

"I'm very excited about the position and know that I'd be the right fit for the team. I'm also excited about your offer, and knowing that I'll bring a lot of value to the table based on my experience that we discussed during the interviews, I'm wondering if we can explore a slightly higher starting salary of $60,000. My market research showed that as the industry average for this area, and I'm confident that you'll be very happy with how much I can contribute to the team and department."

You will likely feel nervous in delivering this message, but stay poised and upbeat. Don't worry that the offer will be rescinded simply because you're negotiating; the worst that can happen, if you do it fairly, is that the employer will say no. In fact, the hiring manager may push back on you a little during the negotiation. You might hear something like:

"I'm glad that you're interested in the position, and the team is excited about the possibility of working with you as well. However, the position is budgeted at $53,000."

This is where many candidates would fold, grateful to have any offer. Don't be one of them! Continue with your pursuit of the salary that you know you're worth. You might say something like:

"I definitely understand budgeting issues, and I want to be as flexible as possible to work with your team. I'm still very excited about joining your group, and would like to explore whether $60,000 is possible given my specific experience and skill set."

It may be uncomfortable waiting to see what happens next. If the manager puts a final nail in the coffin and says, "I'm sorry, but this is our final offer," then at least you know that you tried. But it's likely that you may hear something more along the lines of:

"OK, I'm not sure whether this is going to work with our budget, but let me look into it. We'll get back to you with an answer by tomorrow."

Stay calm, cool and confident, and reply with something simple like, "Thank you, I really appreciate your help with that."

Then wait on pins and needles to see what happens next. It's quite possible that you'll find out the next day that the hiring manager went back to human resources and received approval to land somewhere in the middle:

At that point, since you built in a cushion of a few thousand dollars more than you expected to get, you will likely feel quite pleased with the offer and can accept it enthusiastically. Remember: The main reason employees aren't paid what they're worth isn't because they don't deserve it. It's because they don't ask.

More from US News:
Tips for Surviving a Career Transition
10 Reasons to Quit Your Job Already
14 Best Jobs for Work-Life Balance