A messy desk is a sign of genius, according to science 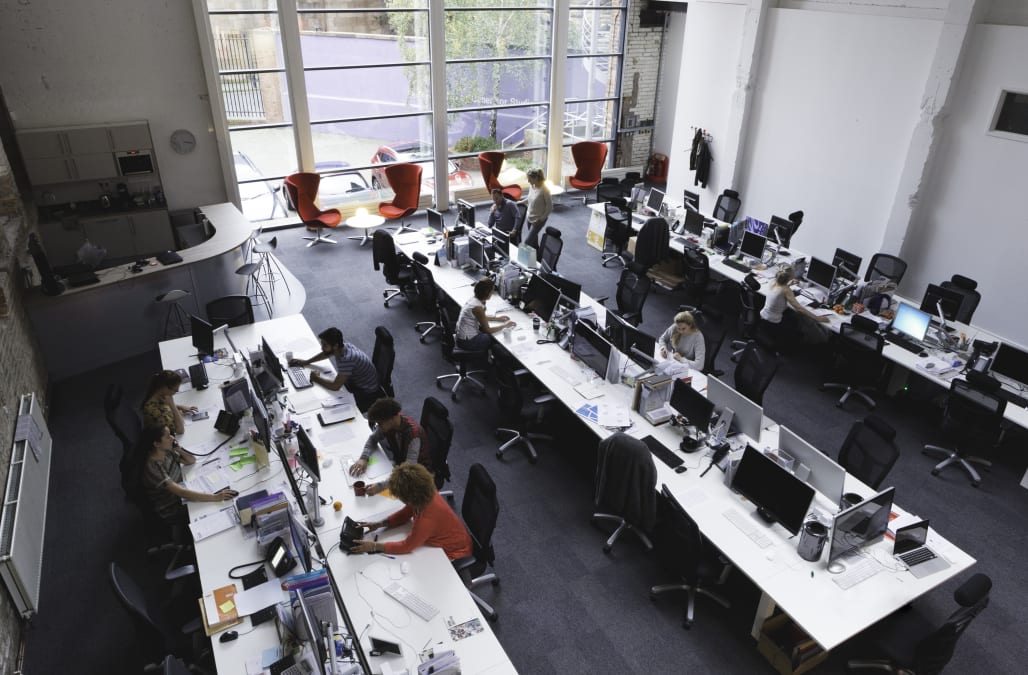 The desk was invented around 1,200 AD and while the technology upon it has evolved, the desk itself has remained the same: a flat-surfaced work area accompanied by drawers and cubbies for storage.

Today's efficiency experts insist that people are more productive when their desk is uncluttered, with "a place for everything and everything in its place." That's the thinking behind Inbox/Outbox bins.

RELATED: What your desk says about your personality

5 PHOTOS
What your desk says about your personality
See Gallery

What your desk says about your personality

Minimalists tend to be highly disciplined, hardworking, and reliable. But beware -- Aalack of personal touches might indicate to bosses that they don’t plan on staying long.

If your items frequently end up in other's spaces, you could be an expander, which means you love being in the center of the room.

Do you have almost all personalized items at your desk, like monograms, colorful accents and posters of your favorite celebrities? You may be a personaliser, meaning you’re creative, intelligent, and you love new experiences. Personalizers are also more likely to be satisfied with their jobs.

If you prefer your personal space you might be a surveyor. This type of person enjoys little distraction and or interaction but is highly creative and productive.

Clutterers tend to be extroverted and welcoming -- they’re messy because they’re social and don’t have time to be clean.

However, the notion that a clean desk makes you more productive is absurd twaddle. Researchers at the University of Minnesota, recently tested how well students came up with new ideas when working in orderly vs disorderly work areas. The study showed:

"Participants in the messy room generated the same number of ideas for new uses as their clean-room counterparts. But their ideas were rated as more interesting and creative when evaluated by impartial judges."

This connection between a messy desk and productivity is often missed because few people consider the cost of neatness, according to Eric Abrahamson and David H. Freedman authors of A Perfect Mess:

INC. TODAY'S MUST READS: Google Employees Weighed In on What Makes a Highly Effective Manager (Technical Expertise Came in Last)

"That messiness and disorder can be so useful wouldn't seem such a counterintuitive notion if it weren't for the bias towards neatness programmed into most of us. Specifically, people tend to ignore the cost of neatness, discount the possibility that messiness can't always be excised no matter how hard it's fought, and trust the idea that mess can work better than neatness."

Indeed, as I pointed out in a previous column, people who obsess about "Inbox Zero." Geniuses have something better thing to do than futzing around with filing systems, electronic or otherwise.

The notion that a clean desk means a productive worker is an artifact of the mid-20th century. Historically, geniuses were always pictured with a cluttered desk, as in this 19th century portrait of 18th century uber-pundit Samuel Johnson:

Back in the day, a clean desk was considered a sign of slothful laziness. Busy people, smart people didn't have time to straighten up. Mark Twain, for example, chose to leave his desk cluttered whenever he was photographed:

Albert Einstein famously pointed out that "If a cluttered desk is a sign of a cluttered mind, of what, then, is an empty desk a sign?" Thomas Edison, who had a famously messy desk must have agreed. And so did Steve Jobs. (Click on the names for proof.)

So if your work area, like mine, is usually a mess, it's time to stop apologizing to the neat-freaks and start feeling good about our ability to prioritize. While our cluttered desks may not prove we're brilliant, they do show that we might be geniuses.