Young women are wary of going out to drinks with male colleagues, study finds 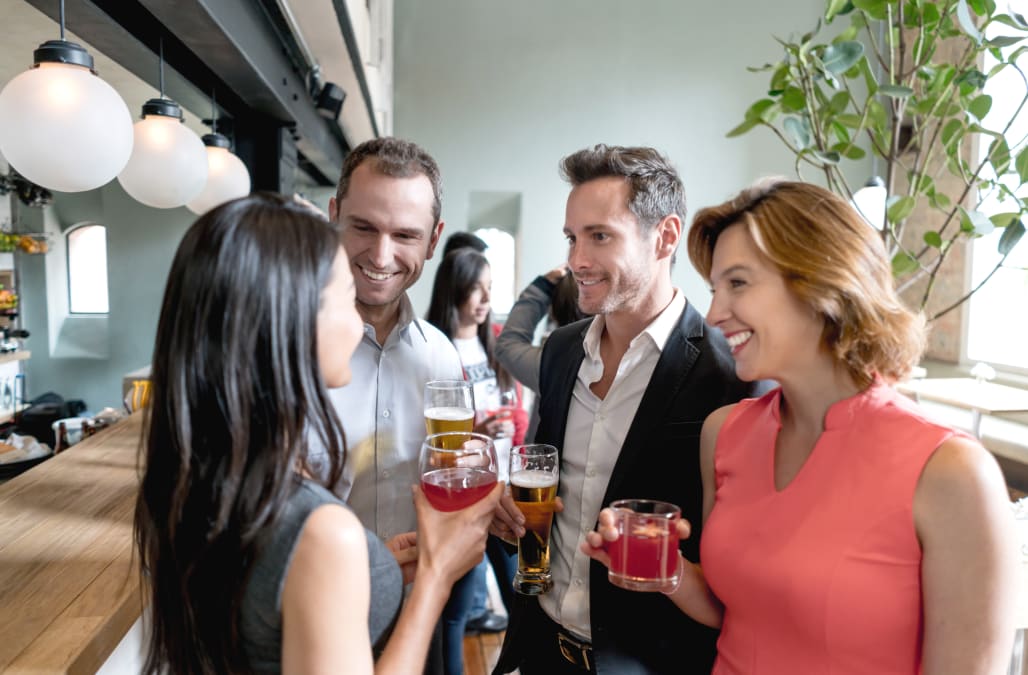 Your colleague of the opposite gender invites you to happy hour one-on-one after work—should you accept?

Many Americans believe you should decline, according to a new poll by Morning Consult in partnership with the New York Times. Surveying 5,282 registered voters in May, the poll found that over 60% of men and women were okay with having work meetings alone with someone of the opposite gender.

But outside of work, boundaries were drawn.

Over half of women and 45% of men said it was inappropriate to have dinner alone with a person of the opposite gender unless they were your spouse. Lunch and car rides were more socially acceptable but dinner and drinks were big no-no's. 60% of women and 48% of men surveyed believed it was inappropriate to have drinks with a man who isn't your partner.

RELATED: The 10 richest women in the world

Not surprisingly, the more religious the respondent, the more likely he or she was to report that these behaviors were inappropriate.

Here is a surprise, however: Younger women policed how they interacted with men more than older women did. The study didn't explain why, but it could be that younger women sense that their youth presents a danger that could be taken advantage of during off-hours drinking.

What this poll shows in general, however, is that Americans are deeply anxious around how they present themselves and how their actions are perceived with people they work with.

The men and women surveyed said they worried about the situation turning sexual, flirtatious, or into a case of sexual harassment. These fears are not unfounded: studies have found that "work spouses" can become a very real threat to real spouses.

Even if interactions are innocent, both men and women worried what other people would think, so as a preventative measure they would remove themselves out of the equation. The men and women interviewed by the Times reported conducting meetings in groups or in rooms with windows where other people could see.

But not being able to socialize with colleagues of the opposite gender disproportionally hurts women. If the ski trips, golf outings, and happy hour drinks are boys-only, women miss out on the key socialization opportunities that could advance their careers. That's what Ellen Pao famously alleged against her employer Kleiner and Perkins, a venture capital firm, in her gender discrimination lawsuit. She said she and other women were not allowed to go to work trips with men or meetings with important guests like Al Gore "because women kill the buzz."

But without that one-on-one face time, when it comes to promotions and projects, women won't come into the boss' mind.

This article Young women are wary of going out to drinks with male colleagues, study finds appeared first on Ladders.

More from The Ladders:
4 ways to thrive when you have a grueling shift
6 things you must quit doing now to be more successful
Beyond coffee: How to cope with a day at work when you’ve had too little sleep