Facebook is building a village that will include housing, a grocery store and a hotel (FB) 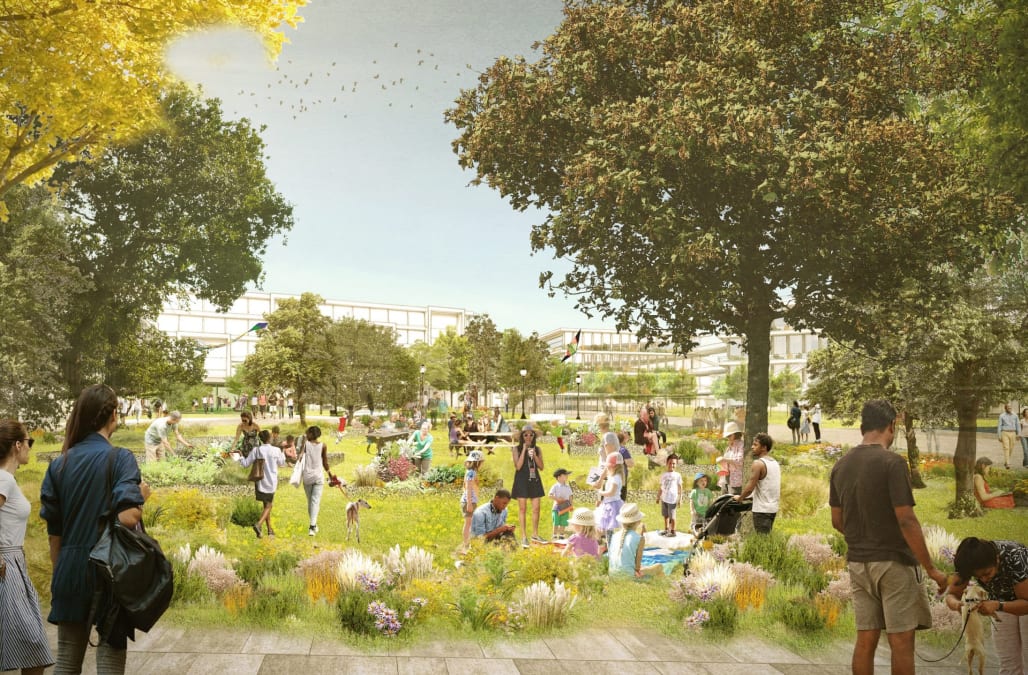 Billions of people spend a lot of time living their lives on Facebook's social network. Now Facebook wants to try its hand at creating a community in the real world.

The internet giant wants to build housing, retail stores, a hotel and more at its corporate headquarters — in short, Facebook wants to build its own town.

Facebook unveiled plans on Thursday for the massive new construction project at its Menlo Park, California corporate campus, which is part of Facebook's plans to expand its home base. The 56-acre site, which Facebook bought in 2015 for about $400 million, is located directly across the street from Facebook's headquarters. It will offer 1.6 million square feet of housing, or 1,500 units.

In a blog post announcing the plans, Facebook described the future development as a "mixed-use village" that will provide residents, many of which will be Facebook employees, with housing, transportation services and other amenities. The new development will also include a hotel, according to the Silicon Valley Business Journal.

It will take roughly a decade to build, according to a person familiar with the plans. The initial phase of the project, which will include the housing and grocery store, will be wrapped up in the first half of 2021. The subsequent phases will be completed every two years, according to a blog post on Facebook's website. "Part of our vision is to create a neighborhood center that provides long-needed community services," Facebook wrote.

One benefit of having employees live so close to campus is a reduction in the amount of traffic in the area, according to the blog post.

While Facebook has presented the plans to the City of Menlo Park, they have not yet been approved. The company expects the approval process to take about two years.

Here's a video that Facebook created about its plans:

NOW WATCH: Hackers and governments can see you through your phone's camera — here's how to protect yourself

SEE ALSO: Facebook is getting close to 2 billion users