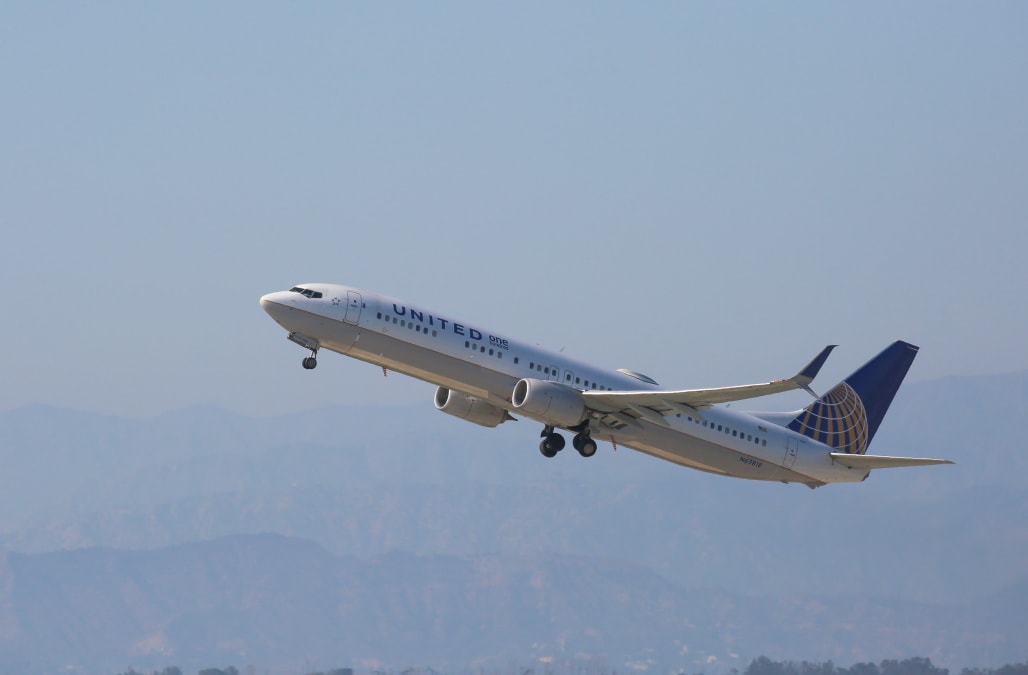 And it's against the rules to have a child more than 2 on your lap for a whole flight.

There was little Taizo sitting in his own seat on a flight from Houston to Boston.

He's 27 months old, so this must have felt like something of a treat. His mom, Shirley, had paid almost $1,000 for his seat.

She was on her way to a teacher conference.

Suddenly, Taizo's fun was cut short. Another passenger turned up with a boarding pass for his seat. And promptly took it.

Shirley told Hawaii News Now that she explained to a flight attendant that she'd paid for that seat. They couldn't possibly give Taizo's seat to this standby passenger, could they?

Did I mention this was a United Airlines flight?

"I had to move my son onto my lap," Shirley told Hawaii News Now. "He's 25 pounds. He's half my height. I was very uncomfortable. My hand, my left arm was smashed up against the wall. I lost feeling in my legs and left arm."

This, by the by, appears to be against United's own rules. Any child over 2 years old has to have his or her own seat. Yet here the mother was holding her son for three and a half hours.

Moreover, the FAA warns against holding a child over 2: "Your arms aren't capable of holding your child securely, especially during unexpected turbulence."

INC. TODAY'S MUST READS: Want to Work From Home? Amazon Is Hiring 5,000 People to Work From Their Kitchens and Living Rooms

Shirley said she was scared to speak up more because of the United incident with David Dao, infamously dragged bloodied from a flight after refusing to be bumped.

"I started remembering all those incidents with United on the news," she said. "The violence. Teeth getting knocked out. I'm Asian. I'm scared and I felt uncomfortable. I didn't want those things to happen to me."

I contacted United and a spokesman told me: "On a recent flight from Houston to Boston, we inaccurately scanned the boarding pass of Ms. Yamauchi's son. As a result, her son's seat appeared to be not checked in, and staff released his seat to another customer and Ms. Yamauchi held her son for the flight. We deeply apologize to Ms. Yamauchi and her son for this experience. We are refunding her son's ticket and providing a travel voucher. We are also working with our employees to prevent this from happening again."

How does one scan a boarding pass "inaccurately"? It seems like a fairly simple process.

If Yamauchi's telling of the tale is accurate, surely the most disturbing thing is that no one seems to have wanted to fix the problem before takeoff.

After the Dao incident, United CEO Oscar Munoz was at pains to explain that staff would now be given more freedom to behave with common sense.

INC. TODAY'S MUST READS: Why Do People Quit Their Jobs, Exactly? Here's the Entire Reason, Summed Up in 1 Sentence

Yamauchi says she had proof that she'd paid for the seat. She surely had two boarding passes.

Wouldn't the right thing to do have been to explain to the standby passenger that the airline had made a mistake?

Oh, you'll cry, but he paid a lot of money for his ticket too.

More from Inc.:
This Airline Made a Wheelchair User Drag Himself Up a Staircase, Using Only His Hands