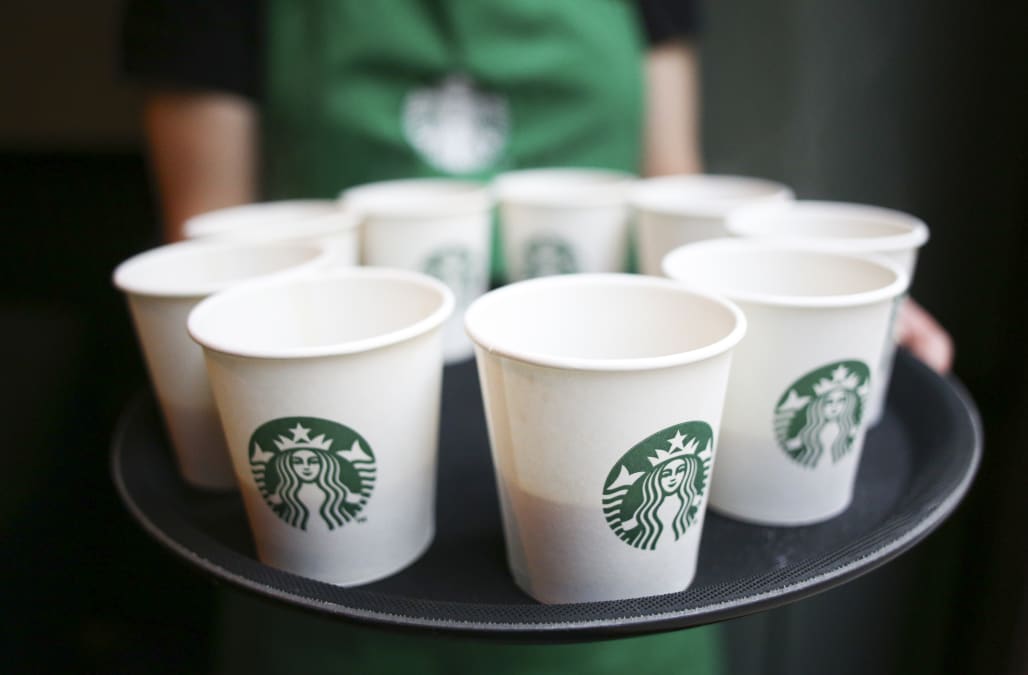 Starbucks has an understaffing problem, according to nearly nine out of 10 workers surveyed in a recent study.

Coworker.org, an online platform that allows workers to organize around certain issues, surveyed 184 Starbucks employees and 89% said that staffing was a problem at their locations over the past three months.

The findings back the testimony of more than a dozen employees who spoke with Business Insider in May about understaffing issues at the coffee chain.

"There is no customer connection when we're as busy and understaffed as we are," a Starbucks worker told Business Insider at the time. "Put another person on the floor, and we can talk. I've had people call the store to complain that we seemed rushed and upset. The stress is overwhelming."

If you're looking to brew some Starbucks coffee on your own, skip out on heading to the brick-and-mortar store to buy it.

"Starbucks sells 16-ounce packages of whole bean and ground coffee for $11.95 to $14.95, depending on the blend," said Perez. "However, 12-ounce bags of the same blends can be fetched for as little as $7.95 at Target, while Albertson's has been known to offer a sale price of just $6.99. [The] bottom line: Do not buy your bagged Starbucks coffee from Starbucks."

Also, not only is the in-store coffee priced higher than you would find at other retailers, but if you shop on the Starbucks store online, you can often find coupons that can take off as much as 20 percent off your entire order, said Sherin.

Like Starbucks coffee beans and grounds, Starbucks K-Cups are generally not worth the purchase. K-Cups are the small plastic pods your Keurig might use to make a serving of coffee. And, although brewing coffee at home is usually an easy way to save money, it's not with K-Cups.

"Never buy these from an actual Starbucks location," said James. "You can always find them much cheaper at Costco."

Starbucks-brand drinkware is another "deal" that isn't a smart choice for your wallet. "Impressive displays of coffee mugs, tea kettles, French presses and other coffee and tea accessories are tempting for those waiting in line for drinks, but are best skipped," said Perez.

"Most coffee mugs start at $9.95 and cost upwards of $29.95," she added. "The Limited-Edition travel mugs are an especially bad deal — priced between $70 and $74.95, these mugs further Starbucks' obsession with Swarovski crystals and make absolutely no sense at all."

If you want to buy Starbucks drinkware, approach it like buying Starbucks coffee beans for home, said Sherin. "Shop other online retailers like Amazon, or find a coupon for the Starbucks store online to save even more," she said.

Starbucks gift cards stare you in the face every time you reach the cashier. Although they are a great gift to receive, you can save on them by purchasing elsewhere.

"Buying gift cards can be a big mistake if you purchase through a retailer," said Sherin. "Use sites like Raise.com or Cardpool.com and you can find discounts as much as 10 percent off."

Speaking of gift cards, Starbucks offers special ones around the holidays — but they're more a money trap than a deal, said Mark Mazza, co-founder of PromoCodeWatch.com.

For instance, Perez said, "Every holiday season, Starbucks comes out with a high-priced gift card which costs $200 but only has $50 preloaded. Trust me, no one on your shopping list wants you to pay $200 for a $50 value, even if the card is made of stainless steel or encrusted with Swarovski crystals.

Bottled water is definitely not a Starbucks deal. There's no reason to spend up to $5 on Ethos or Fiji water when you can get triple-filtered water for free, said Perez.

Another Starbucks item to be wary of are its lunch bistro boxes.

“Five dollars for a few crackers, cheese cubes, grapes and a hard-boiled egg is not a good deal, given how inexpensively these items are at your local grocery store,” said Perez. “Starbucks' latest offering of lunch, two snacks and a bottled water for $8, is a bit easier to swallow...still, you can pack all these things from home and save your money for a fancy latte."

Along with Starbucks lunch boxes, the cafe's expensive pre-wrapped sandwiches are another deal to avoid.

“They display these nicely wrapped sandwiches that look nice and have quality ingredients as you wait in line to hook you,” said Mazza. “Coffee is relatively cheap, so selling you an overpriced sandwich that costs as much, or more, than your drink order is an obvious score for them."

Unless you’re a child or watching your caffeine intake, blended crème Frappuccinos don’t make sense for your money. "It's basically a $5 vanilla milkshake, and not a very good one at that. Way too much ice in this thing and not enough thickness," said James. Blended crème Frappuccinos will cost you in calories as well, considering a 16 oz. vanilla bean grande frappuccino packs 400 calories.

In June 2016, Jaime Prater, a Starbucks employee, created a Coworker.org petition that said a "lack of labor is killing morale" at the chain. Despite employee protest, the company said it did not see the need to make any major changes. Starbucks didn't immediately respond to Business Insider's request for comment on the most recent Coworker.org survey and hasn't changed its staffing policy since complaints began last year — a decision many workers disagree with.

"They cut our labor in half last year, and many times there'd only be one barista on the floor at a time," one employee told Business Insider. "It's still the case now."

The new wave of understaffing complaints come at a time when Starbucks is attempting to double down on customer service with the new North Star program. North Star is supposed to help employees better focus on customers, and encourages them to interact with customers and form "connections."

However, in the Coworker.org survey, 75% of workers said their stores were not appropriately staffed to carry out North Star, compared to 8% who said that their locations were.

While Starbucks has said that North Star is intended to find ways for the corporate side of the business to better support baristas, many workers told Business Insider they saw the program as a way to blame employees for not working hard enough, despite their lack of time and resources.

"It's Starbucks saying, 'Hey, we're going to keep understaffing you and running you ragged, but on top of that, we want you to be better at customer service. Oh, and you won't get paid more for it either,'" one employee said.

SEE ALSO: Starbucks is quietly changing the business as furious baristas slam the 'cult that pays $9 per hour'