Minimum wages tick up in many cities with new fiscal year 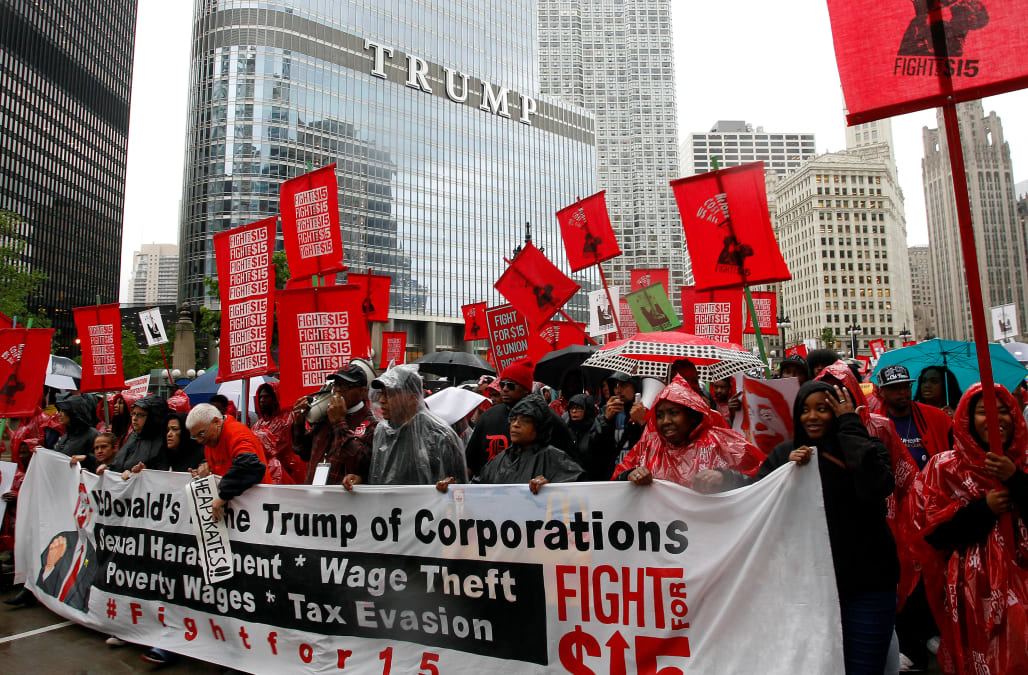 Higher minimum wages go into effect across the country this week, boosting many low-wage workers' paychecks — and the blood pressures of some employers and economists.

"Many workers still do not know about the increases and their right to sick leave," Alexandra Suh, executive director of the Koreatown Immigrant Workers Alliance in Los Angeles, told NBC Los Angeles.

"We still have a long way to go before all workers can get a fair day's pay," Suh said.

As the new fiscal year gets under way this week, higher minimum wages are taking hold in many other communities across the United States. San Francisco's minimum wage is rising to $14 an hour, one of the highest rates in the nation, and in San Jose, it'll be $12, a $1.50-an-hour raise.

In Chicago and many other Cook County communities, workers will get at least $1.75 above the Illinois minimum wage of $8.25 an hour — going up another extra dollar in a year.

But the increases are controversial, with some economists saying they could cost jobs.

A University of Washington study last month reported that Seattle's $15-an-hour minimum wage had led to a 9 percent reduction in hours worked since it went into effect in 2014.

But a rival study of Seattle's restaurant industry, conducted by the Center for Labor Research and Education at the University of California-Berkeley, found no effect on low-wage jobs.

"What the research has shown is those two things really balance things out," Jacobs said.

At the One Street Down Cafe in Redmond, Oregon, General Manager Corey Whalen said he's not sure what to think about the increase in his community.

"I don't think that this is the fix," Whalen told NBC station KTVZ of Bend. "I think that it's a good start. I'm a strong proponent of the $15 minimum wage, but I think that it's going to hurt a lot of small businesses."