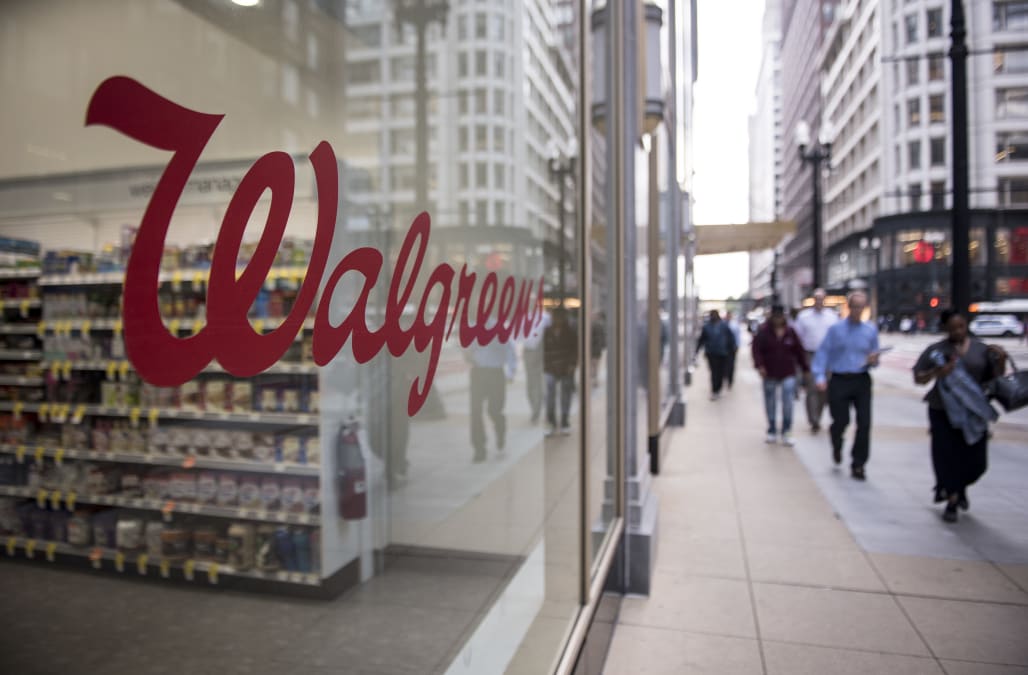 Earnings reports don't get much bigger than the fiscal third-quarter report that Walgreens Boots Alliance (ticker: WBA) issued Thursday. In addition to typical market-moving information such as earnings, revenue and guidance, Walgreens finally closed the book on its two-year pursuit of Rite Aid Corp. (RAD).

Walgreens reported third-quarter adjusted diluted earnings per share of $1.33 on revenue of $30.1 billion. While both numbers topped consensus Wall Street expectations of $1.30 and $29.75, respectively, the big news for investors was the termination of the Rite Aid buyout.

After nearly two years of butting heads with antitrust regulators over a full buyout of Rite Aid, Walgreens agreed to a new deal to acquire 2,186 Rite Aid stores for $5.175 billion.

[See: 9 Ways to Buy Stocks That Everyone Needs.]

A Walgreens is shown October 27, 2015 in Boulder, Colorado. Walgreens Boots Alliance will acquire Rite Aid for $9.4 billion in cash in a deal announced today that combines the largest U.S. drugstore chain Walgreens with the nation's third largest.

Full service in a wide range of retail fields at the new Walgreen drug stores; in new Villa includes a Walgreen tradition of full prescription services, at low cost made possible by the firm's Specialization in the field. Here are Dennis Novak and Jerrold R. Fox, Pharmacists and the men who will head this new west Walgreen outlet.

Walgreens employees celebrate the opening of their 4000th store.

SAN FRANCISCO, CA - JULY 09: A pedestrian walks by a Walgreens store on July 9, 2015 in San Francisco, California. Walgreens Boot Alliance Inc. reported better than expected third quarter profits with net earnings of $1.3 billion, or $1.18 per share, compared to $714 million, or $0.74 per share one year ago. (Photo by Justin Sullivan/Getty Images)
NEW YORK - FEBRUARY 17: A man walks outside of a Duane Reade drugstore February 17, 2010 in New York City. Walgreen Corporation announced that it will buy the New York City-based drugstore chain for $1.1 billion in cash. (Photo by Chris Hondros/Getty Images)
Pedestrians walk past a Walgreens Boots Alliance Inc. store in New York, U.S., on Wednesday, June 10, 2015. Walgreens is redoing its stores with what's meant to be a more appealing cosmetics area with a wider array of products, even as it scales back its fresh food offering. Most prominent will be the companys own Boots No7 skincare line, which has proved successful at drawing customers to stores in Europe. Photographer: Michael Nagle/Bloomberg via Getty Images

Shoppers look at items on sale at a Walgreens store in New York, U.S., on Monday, March 23, 2009. Walgreen Co., the second-largest U.S. drugstore chain, jumped the most in almost five months in New York trading after second-quarter profit and sales exceeded analysts' estimates.

Walgreens opens a new store on Forest Ave. in Portland.

Shares of Fred's (FRED) skyrocketed 81 percent in December when the company announced it would be acquiring 865 Rite Aid stores as part of Walgreen's divestment plan. Fred's shares fell 26 percent Thursday after the termination of the Walgreens buyout also nullified the Fred's deal.

Looking ahead, Walgreens is the clear winner from the ordeal. Management says it expects its new deal with Rite Aid to close within six months.

Walgreens is also returning a significant portion of the money it saved from the original buyout deal to its shareholders. On Thursday, Walgreens authorized a new $5 billion stock buyback program.