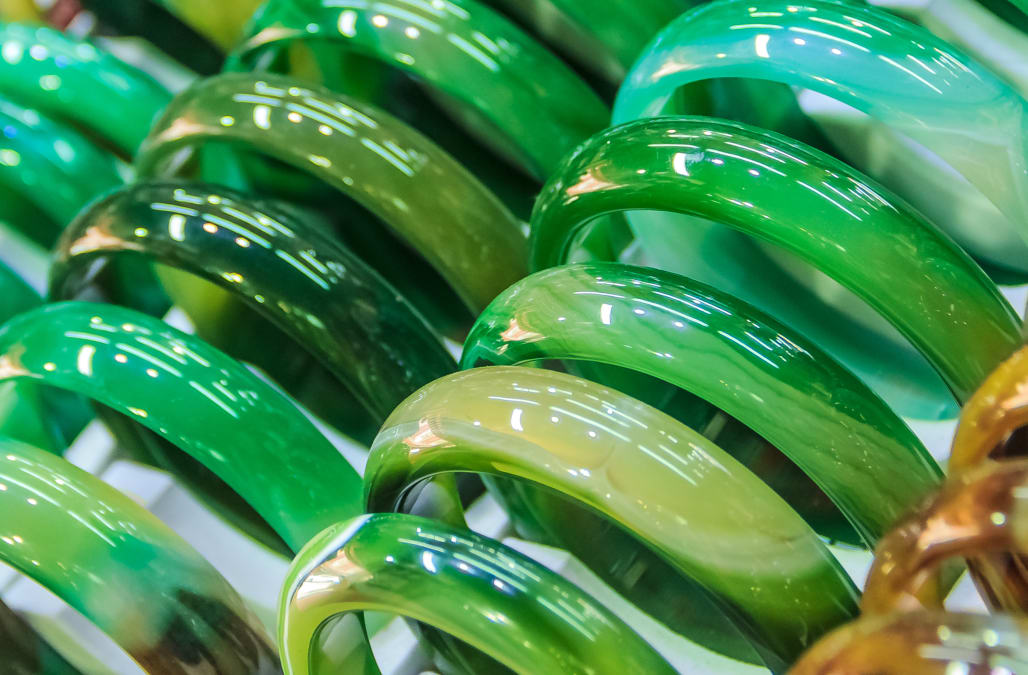 A tourist visiting Ruili City, China, learned the true meaning of 'you break it, you buy it' when she was forced to foot the bill for a $44,000 jade bracelet she dropped in a jewelry store on June 27.

The woman was reportedly trying on the pricey jade bangle in a shop in China's Yunnan province when she decided to inquire about its price.

After she found out about the bracelet's astronomical tag, the woman hastily attempted to take it off.

Unfortunately, she dropped the bangle on the floor in the process, causing it to snap into two pieces.

Shop staff reportedly tried to calm the woman following the incident, but she became so distraught she eventually fainted into the arms of fellow customers, according to news website 163.com.

A bystander eventually brought the woman back to consciousness by pinching her upper lip, which is a standard Chinese method of waking up people who have fainted, according to Shanghaiist.

News portal Sina reports that a third-party jeweler appraised the broken accessory at 180,000 yuan, which is approximately $26,000.

The two sides have reportedly not yet agreed on compensation.

More from AOL.com:
UPS is upping its prices for holiday-season shipments
How to plan a trip without breaking the bank
4 tips to catch the cheapest flights