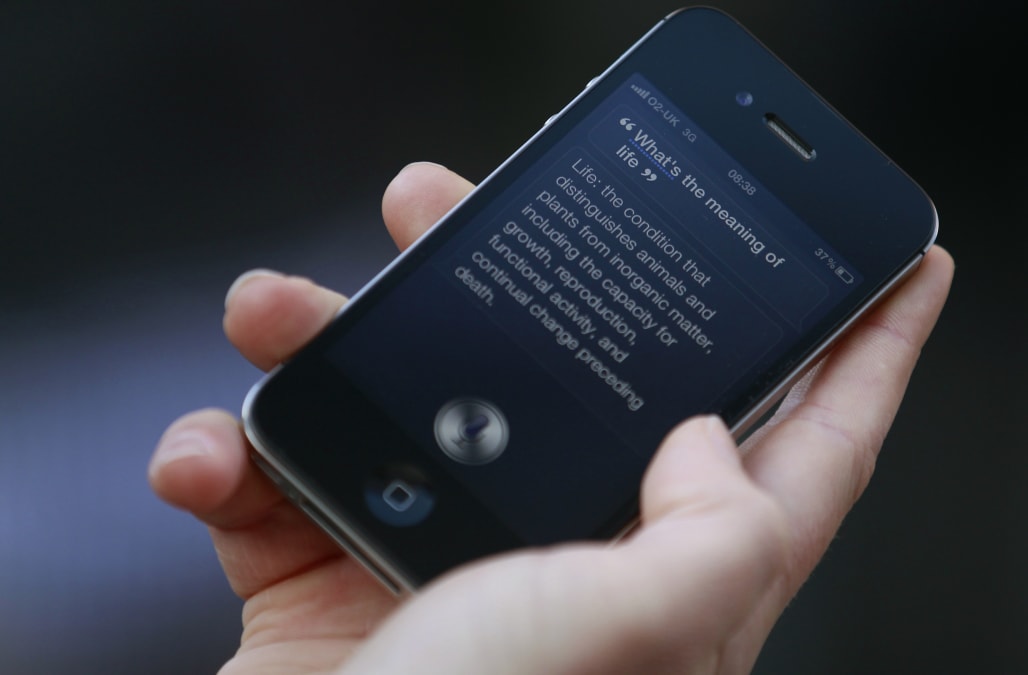 Are you tired of that awkward moment when you ask Siri to check if it's National Awkward Moments Day and your iPhone leaves you in a lurch?

Apple's AI assistant is tasked with answering your questions and keeping track of your busy schedule, but Siri can't always keep up with all the events jamming the packed-out pop culture calendar. The blind spot for fabricated social media events, aka hashtag holidays, is apparently so glaring that Apple is searching for a real person to add some expertise to the AI.

The iPhone maker recently listed a new job posting, spotted by 9to5Mac, for a "Siri Event Maven." The ad's thirst is palpable, incorporating some cringeworthy recruiter-speak to describe a position that will essentially serve as an assistant for Apple's own AI assistant to keep it up to speed on what the cool kids are buzzing about.

SEE ALSO: This is the secret to how Apple is making Siri sound more human

RELATED: Check out the in-depth history of Siri:

The history of Siri
(Photo: AOL)
(Photo: AOL)
(Photo: AOL)
(Photo: AOL)
(Photo: AOL)
(Photo: AOL)
A woman displays 'Siri', voice-activated assistant technology, on an Apple iPhone 4S in Taipei on July 30, 2012. Taiwan's National Cheng Kung University has filed a suit against US tech giant Apple, claiming the company's Siri intelligent assistant has infringed on two of its patents. AFP PHOTO / Mandy CHENG (Photo credit should read Mandy Cheng/AFP/GettyImages)
A woman tries to use 'Siri' voice-activated assistant software built into the Apple iPhone 4S March 13, 2012 in Washington, DC. An iPhone 4S buyer has sued Apple for promising more than it delivered. A suit filed in a California federal court argued that Apple advertising touting the wonders of Siri amounted to 'intentional misrepresentation' and unfair competition, according to documents available online Tuesday. Lawyers representing a New York City man who bought an iPhone 4S want class action status to represent millions of people who bought the latest generation Apple smartphone. The suit included Apple -- which runs showing people asking Siri to help them find restaurants, learn chords to songs, tie neck ties, and even figure out if there is a rodeo in town -- had disappointed some users. AFP PHOTO/Karen BLEIER (Photo credit should read KAREN BLEIER/AFP/GettyImages)
LONDON, ENGLAND - OCTOBER 14: A man uses 'Siri' on the new iPhone 4S after being one of the first customers in the Apple store in Covent Garden on October 14, 2011 in London, England. The widely anticipated new mobile phone from Apple has seen customers queue in cities around the world for hours to be amongst the first to buy the device. (Photo by Oli Scarff/Getty Images)
Up Next

Apple sets the bar high from the outset. Hopefuls shouldn't even bother with the idea of applying unless they've reached the lofty title of "a Czar of cool" — so if you're just a lowly Baron of swag, forget about it. That's essential to the role, completely "Non-negotiable. :-)."

If you were born into the proper 19th-century Russian imperial family for the role, you'll be expected to work with Siri's Engineering and Design teams to "provide strategic awareness of cultural happenings in the collective zeitgeist" by keeping tabs on social media and the greater internet echo chamber.

The ad specifically mentions Star Wars Day, Pi Day, and Talk Like a Pirate Day, which aren't exactly big surprises for anyone who's been on social media over the past decade.

The posting comes at a time when Apple is looking to make Siri even more functional for users, both on iPhones and with the upcoming HomePod speaker. Siri is the OG on the market, but Apple's AI assistant faces stiff competition from Amazon's Alexa and Google Assistant, both in phones and in the Echo and Home smart speakers that have a sizable head start on Apple.

This job listing is an odd footnote to those efforts. Apple's looking for someone like this with the listing:

Unfortunately, the vibe it's giving off is more along these lines:

Best of luck to Apple to fill the spot, and to the future Siri Event Maven in their future endeavor of tracking every single made-up holiday in the book.

​​​​​​WATCH: This light follows your movements