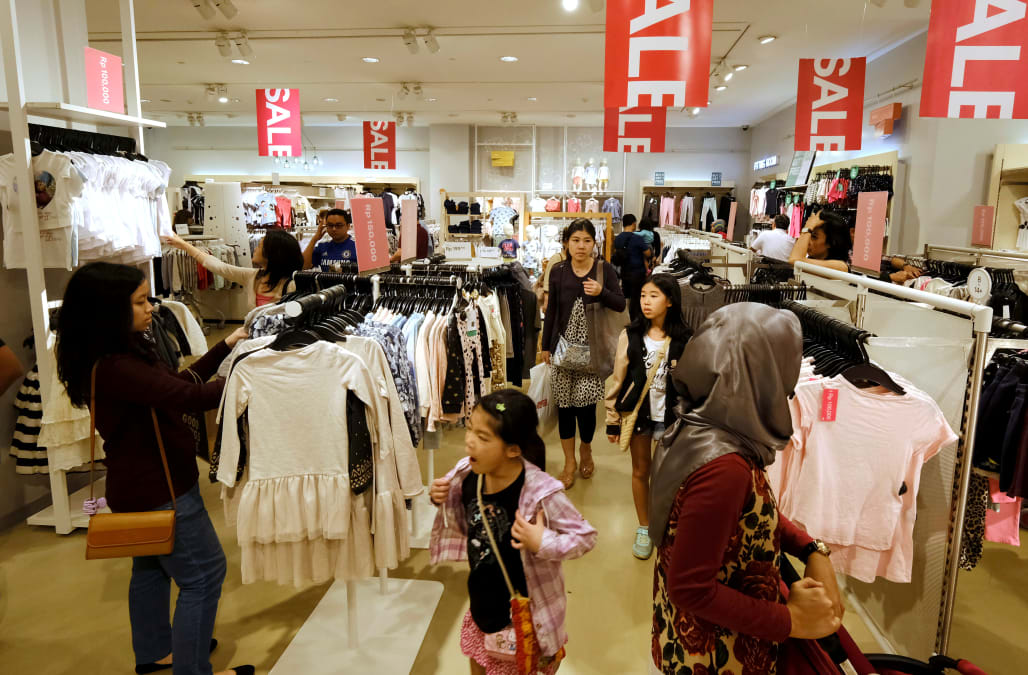 Amazon has gotten ambitious, and brick and mortar retailers have gotten nervous. The online retailer's purchase of Whole Foods and its announced Prime Wardrobe shipping service caused noticeable dips in the stock prices of many grocery and department stores.

But what could be a new world of online convenience for consumers looks much more troubling to retail workers — the people who greet and serve customers at all those stores in shopping plazas and malls. The numbers suggest a great retail job displacement has begun and it has real economic and political impacts.

RELATED: Check out all of the retailers closting their doors this year:

The shift can be seen in headlines from this year. In January, Macy's announced it was shuttering 100 stores. In March, J.C. Penney said it would close 138 locations. Forbes reported earlier this year that 21 retailers had announced the closure of more than 3,500 stores in 2017.

The changes can also be seen in government data. There were fewer people working as retail salespeople in 2016 than in 2014, according to numbers from the Bureau of Labor Statistics — despite the fact that the unemployment rate was 1.3 points lower. 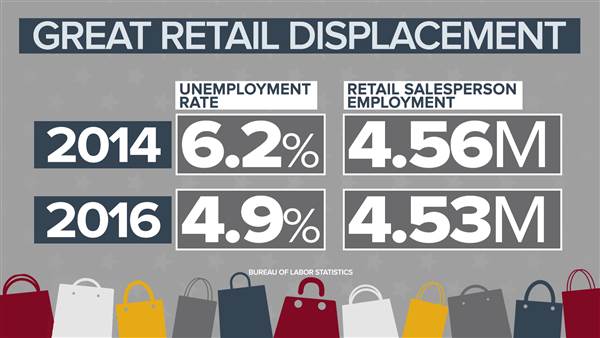 And those figures don't take into account the hits the retail industry has taken so far in 2017 while the unemployment rate falls further, to 4.3% in May.

Much has been made of the struggles of the coal and manufacturing industries, but the great retail displacement has largely been ignored up to now. 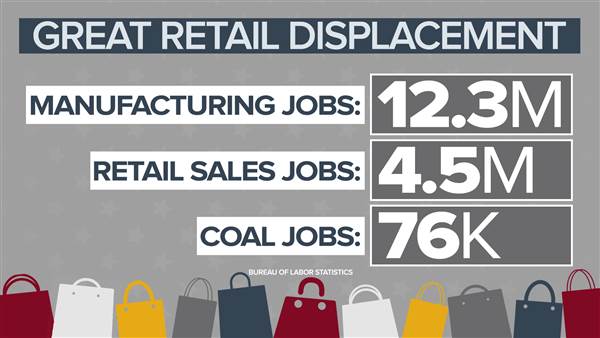 Like those other industries, retail requires no educational credential and, while it doesn't always pay well — the median annual wage is $22,900 — it offers chances for advancement.

Contrary to what some believe, retail jobs are limited to mostly young people. The average age for retail sales workers is 37.7 years old. For the United States as a whole, the median age is 37.9.

In fact, demographically speaking retail salespeople look a lot like the country as a whole. 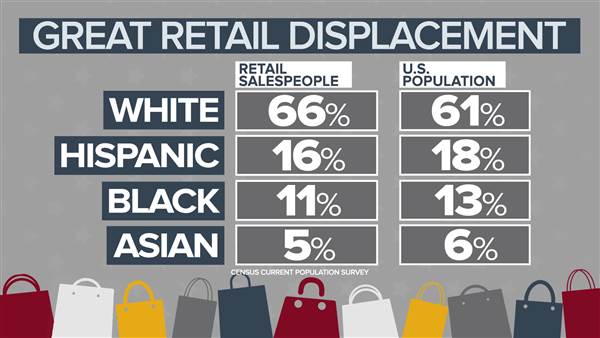 Considering all those points, why hasn't the great retail displacement gotten more attention? One reason is the trend is still relatively new, even though it seems to gaining speed. But another factor may be that it lacks a particular geographic base, a place tied to its story.

Struggling family farms have "the heartland." The coal industry has Appalachia. In many minds manufacturing will be forever tied to the "Rust Belt." But the nation's retail sales army does not dominate one region of the United States; it resides on the main streets and malls of America, across the country.

That suggests that the loss of retail sales jobs is on the cusp of becoming a politically potent issue.

If enough of those jobs disappear, expect the great retail displacement to become a major campaign topic in 2018 and 2020.