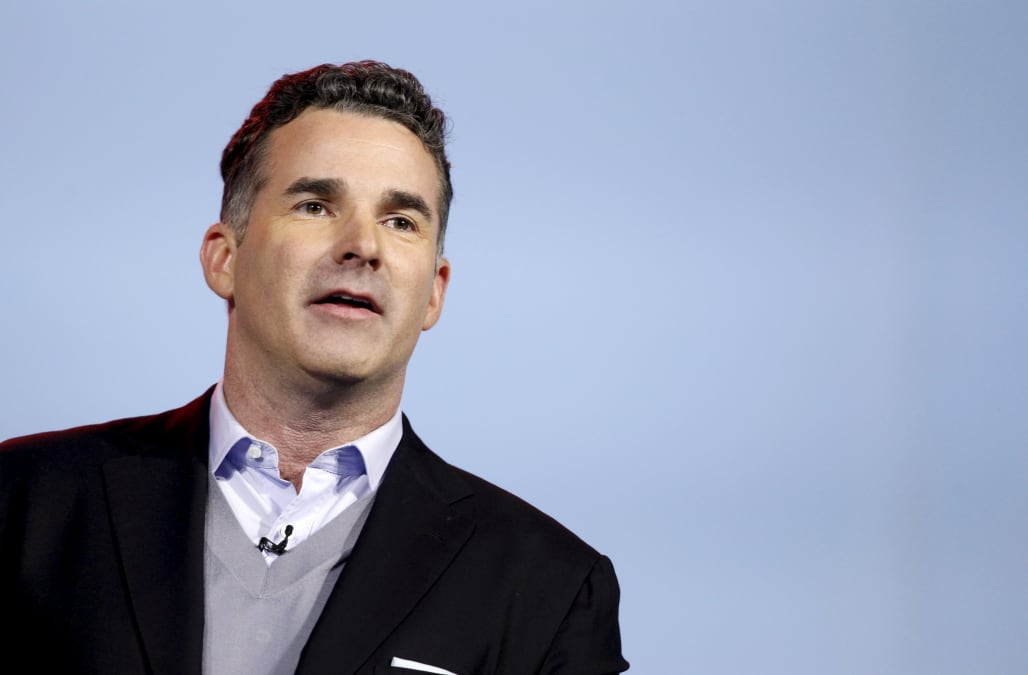 Under Armour CEO Kevin Plank had a special holiday message for Phil Knight, CEO and founder of Nike.

Plank sent a card to Knight ever year with the phrase "You will know our name," written in it, according to a new NBC interview with Under Armour's CEO.

While ostensibly a threat to Nike and its dominance, Plank says it "wasn't spiteful," but that when he was recruiting employees Under Armour, he employed an "us versus them" competitive mentality. Many told Plank that Under Armour "wasn't even on Nike's radar."

NBC's full interview with Plank will air on Sunday on "Today with Willie Geist."

Mark Cuban may have ditched his wild 'do, but otherwise, he hasn't aged a day since he took his senior portrait in 1976!

"Shark Tank" star and real estate magnate Barbara Corcoran was a cheerleader in her heyday -- and she hasn't lost any of pep since 1969.

The business magnate was quite the dapper young man in 1947.

These days, the Apple co-founder opts for more casual looks than his tux in his 1968 senior portrait.

Ralph Lauren had the same penchant for plaid suits in 1957!

Adorable! Allen and Gates have taken their friendship from the computer lab to the basketball court.

Before Oprah was one of the biggest TV personalities and businesswomen in the world, she was voted "Most Popular" in her 1971 high school yearbook.

No doubt 1960 Debate Club helped prepare Michael Bloomberg for a future in business and politics!

Just take a look at those determined eyes ...

These days, Yahoo CEO Marissa Mayer speaks sans notecards. Here she is at her 1993 homecoming dance.

The only thing that's changed since this 1993 debate is Mayer's hair -- the CEO went from a wavy brunette to a straight blonde bob!

Trump's soccer days are behind him -- but his competitive spirit lives on.

"The Profit" star Marcus Lemonis, chairman and CEO of Camping World and Good Sam Enterprises, rocked a 'fro in 1988.

We wonder what Classmates.com and Intelius CEO Abi Heller's former schoolmates think of his biz!

SEE ALSO: Sneakers are the new status symbol at work — and they're killing an office staple