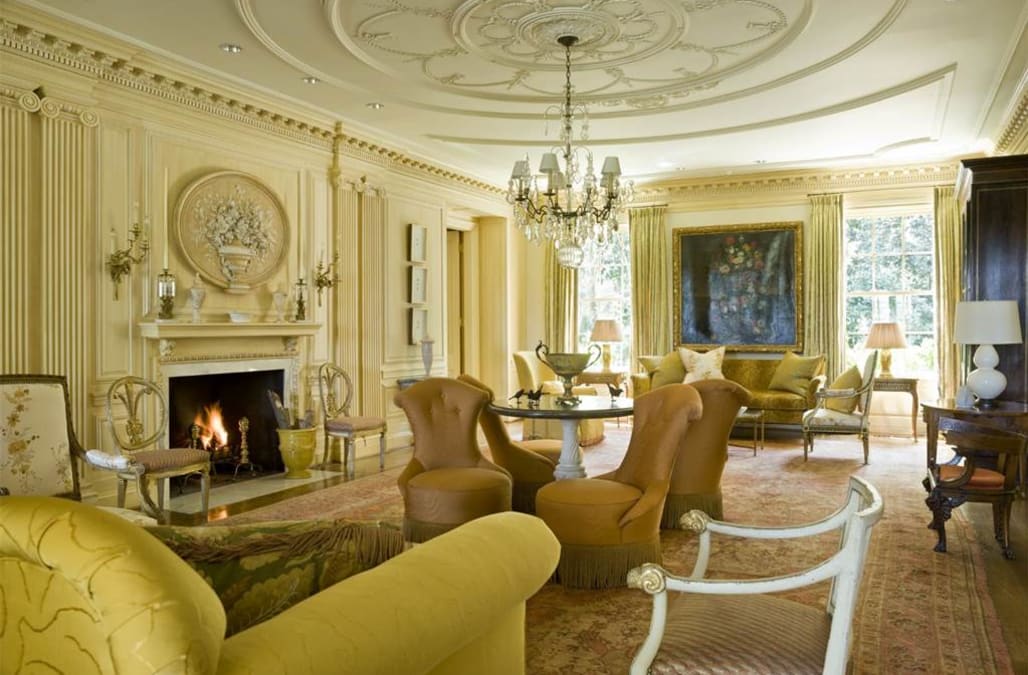 The historic Merrywood estate in McLean, Va., has been listed for $49.5 million by AOL founder Steve Case, and its record-setting list price might just be worth it for the beauty and the property's roots in American history.

The expansive interior is outfitted in Georgian Style finishes and modern touches like a climate-controlled wine cellar and an elevator that services all four floors.

Peek inside the absolutely magnificent home:

The former first lady moved to Merrywood in her early teens after her mother married Standard Oil heir Hugh Dudley Auchincloss, Jr., in 1942.

"I always love it so at Merrywood -- so peaceful ... with the river and those great steep hills," she wrote later in 1944, according to Town & Country.

The serenity of the home remains intact today, and it's not at all difficult to imagine a young Jacqueline Bouvier prancing, skipping and cavorting around the sprawling estate.

See photos of the elegant first lady through the years: