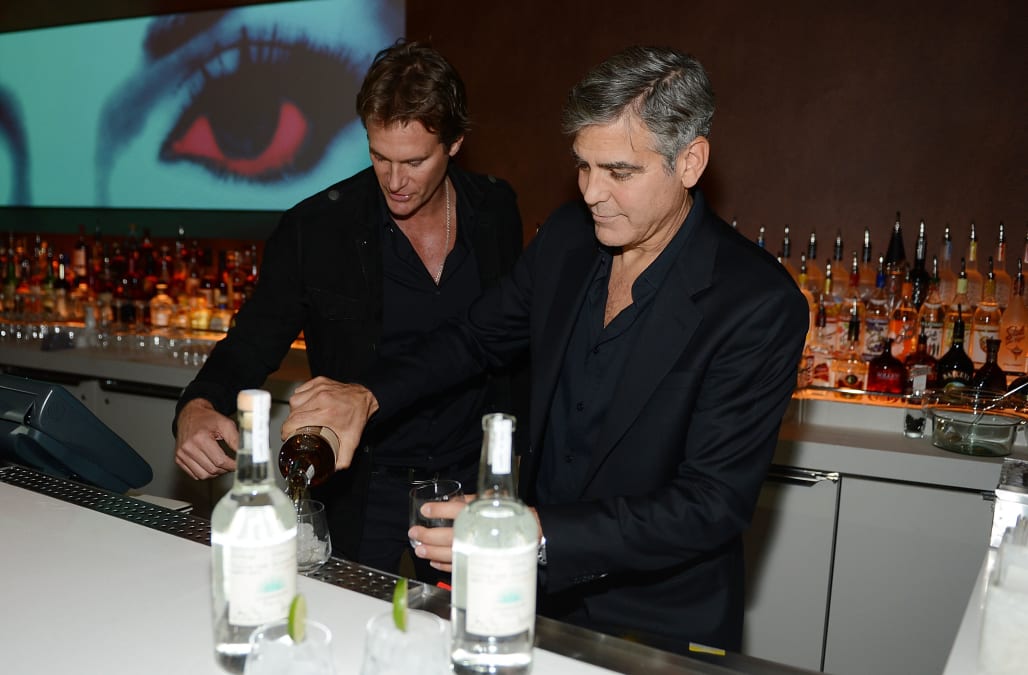 George Clooney's tequila brand has struck a deal for a buyer.

Diageo, a multinational alcohol and beverages corporation, has snapped up Clooney's upstart high-end Casamigos brand in a deal that values the brand "at up to $1 billion," the company said on Wednesday.

Terms of the deal weren't disclosed, and it is expected to close in the second half of this year. Diageo owns brands like Don Julio, Smirnoffs, Captain Morgans, Johnny Walker and Guinness.

"If you asked us four years ago if we had a billion dollar company, I don't think we would have said yes," Clooney said in a statement. "This reflects Diageo's belief in our company and our belief in Diageo. But we're not going anywhere. We'll still be very much a part of Casamigos. Starting with a shot tonight. Maybe two."

Casamigos was started by Clooney, entrepreneur Rande Gerber and real estate developer Mike Meldman in 2013. Its offerings include Tequila that ranges from $23 to $115, per prices linked from its website.

"We are delighted to announce this transaction today to extend our participation in the tequila category. It supports our strategy to focus on the high growth super-premium and above segments of the category," stated Ivan Menezes, chief executive of Diageo.