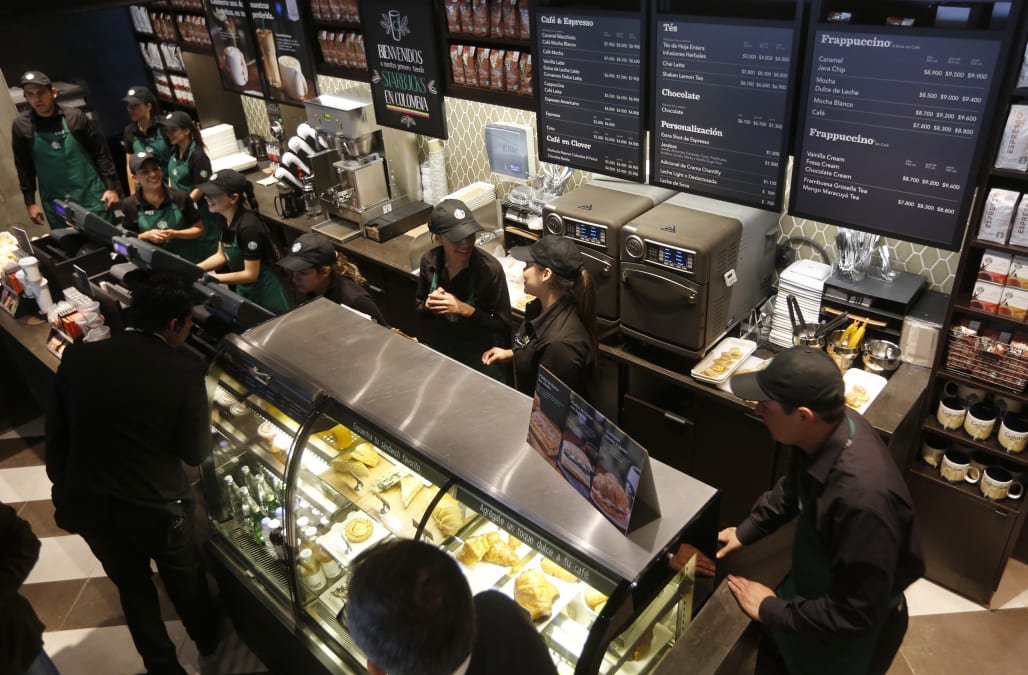 The world's largest coffee chain said it would hire the refugees at its European stores starting in eight countries over the next five years and had already started recruitment.

The move is part of the Seattle-based company's plan, unveiled in January, to add 10,000 refugees in 75 countries to its workforce.

The company faced backlash soon after, with several people using the hashtag #BoycottStarbucks on social media to urge customers to stay away from its stores.

But there appeared to be no similar reaction on Tuesday with only a handful of people on Twitter voicing their disapproval or support of the Europe hires.

Starbucks will roll out the initiative in Britain, France, Austria, Switzerland, Spain, Portugal, Germany and the Netherlands.

RELATED: Take a look inside Starbucks locations around the world:

The refugees will represent about 8 percent of more than 30,000 people currently employed by Starbucks in Europe, data provided by the company showed.

A wave of refugee and migrants landing on Europe's shores in recent years has contributed to a rise of populist nationalist movements.

Some 1.7 million refugees and migrants have arrived in the European Union since 2014.

Refugees have come in large part from war-torn Syria and Iraq as well as Afghanistan and African countries including Eritrea, according to the U.N. refugee agency.

Starbucks' commitment was "proving that businesses like ours can use its scale to make a positive impact in people's lives," said Martin Brok, president of Starbucks Europe, Middle East and Africa in a statement.

Earlier this year, Starbucks said that its global hiring plan also included employing at least 1,000 refugees over the next five years in Canada.

Other U.S. companies have taken a pro-refugee stance after the administration of former U.S. President Barack Obama called on the private sector to assist refugees.

And more than 100 companies, including most of high-tech's biggest names, joined a legal brief opposing a January executive order by current U.S. President Donald Trump to temporarily put a hold on allowing refugees into the United States.

More on AOL.com:
​​​​​​Google launches Google Careers search engine
Home prices are plummeting in these 9 major US cities
Fitbit will hit NBA courts next season, but not on players' wrists