Home prices are plummeting in these 9 major US cities 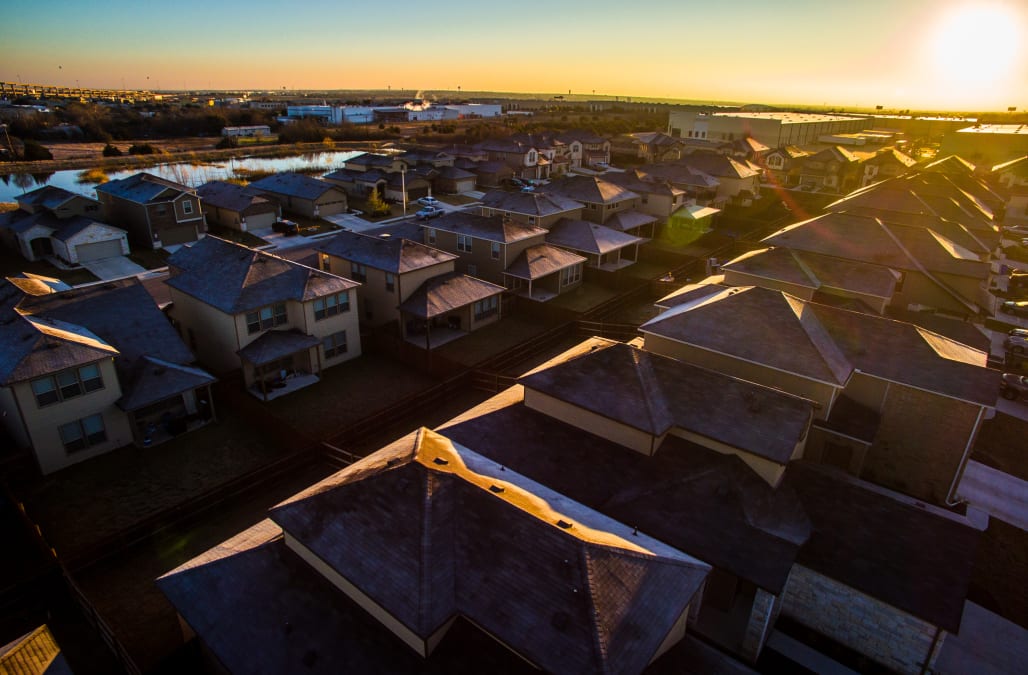 Real estate prices concern everyone, whether you own a home or are renting one. Affordability and cost of living are crucial factors when trying to make long-term plans, find new jobs, or deciding where and when to make an investment. Price bubbles come and go, and jobs move from one area to another. And when or if you need to move, finding a house in an area in which you can afford can be difficult.

To identify places with great housing affordability, GOBankingRates surveyed the 250 largest U.S. cities by population to determine where home prices are falling the most, according to Zillow's most recent figures. Based on year-over-year changes in prices, nine major cities saw prices fall by $5,000 or more, with cities clustered in the Southeast and South, especially Texas.

Click through to see where prices are falling — and see where they're skyrocketing.

Newark lies in the Philadelphia-Camden-Wilmington metro area. Compared to the rest of the area, Newark has a higher percentage of low-income residents. Almost 20 percent are earning under $15,000, compared to around 12 percent for the metro area.

Columbus lies on the border of Georgia and Alabama. While home values have increased 16 percent nationally in the last five years, in Columbus they've dropped by close to 9 percent, according to Sperling's. They might be dropping, but they're also the lowest of all the cities on this list. You'll be able to buy a lot of house for your money.

Montgomery's housing statistics have been on a downward trend for more than a year. New home closings were down year-over-year from 2015 to 2016, according to Builder Online, as were the average values of newly sold homes over the same period.

Median home sale prices are falling as well. Besides the $5,000 drop from 2016 to 2017, Montgomery's median listing price has declined significantly — by more than $7,300 from April 2015 to 2016. Home prices in Montgomery are close to what they were in 2012, the year that most markets bottomed out after the housing bubble burst.

Round Rock is part of the Austin metro area, where home prices have boomed in recent years. Migrating California residents have contributed to this trend, with more than 15,000 settling in the Austin area in the first five years of this decade, per U.S. Census figures.

Warning: Don't Fall for These Tricks When Buying a Home

Anchorage was on a four-year streak of rising home prices until the end of 2016, according to Alaska Dispatch News. From April 2012 to April 2016, the median listing price surged by almost $82,000. Now prices are drifting back to earth a little bit, as the Alaskan economy softens thanks to lower oil prices.

According to Metrostudy, the Houston area boasts the second-highest volume of new homes in the country, behind only Dallas-Fort Worth. New home starts are down year-over-year, though the site predicts 2018 to see more.

More in Real Estate: The Cost of Renting vs. Owning a Home in Every State

According to Builder Online, new home sales and new home closings are down year-over-year in McAllen. The housing market and economy in general of McAllen are closely tied to the border economy, as the city sits across the Rio Grande from Mexico. According to Arch MI, a mortgage insurance company, out of the top 100 largest cities in the U.S., McAllen ranks among the most affordable, so your paycheck will stretch further.

Just like in McAllen, list prices in Miami have been volatile for the past three years. Home prices increased year-over-year from 2014 to 2015, and from 2015 to 2016, before falling last year.

Miami-Dade County saw declining residential home sales in the first quarter of this year. More concerning is the large oversupply of condos in the county, especially luxury condos, which is likely to lead to decreasing prices.

Sugar Land is a Houston-area suburb, where home sales have declined significantly in the past two years. The median listing price reached a peak of $446,495 in December 2015 before falling about $30,000 by April 2016. Median list prices are now below $400,000.

Up Next: The Best City in Every State to Buy a Home