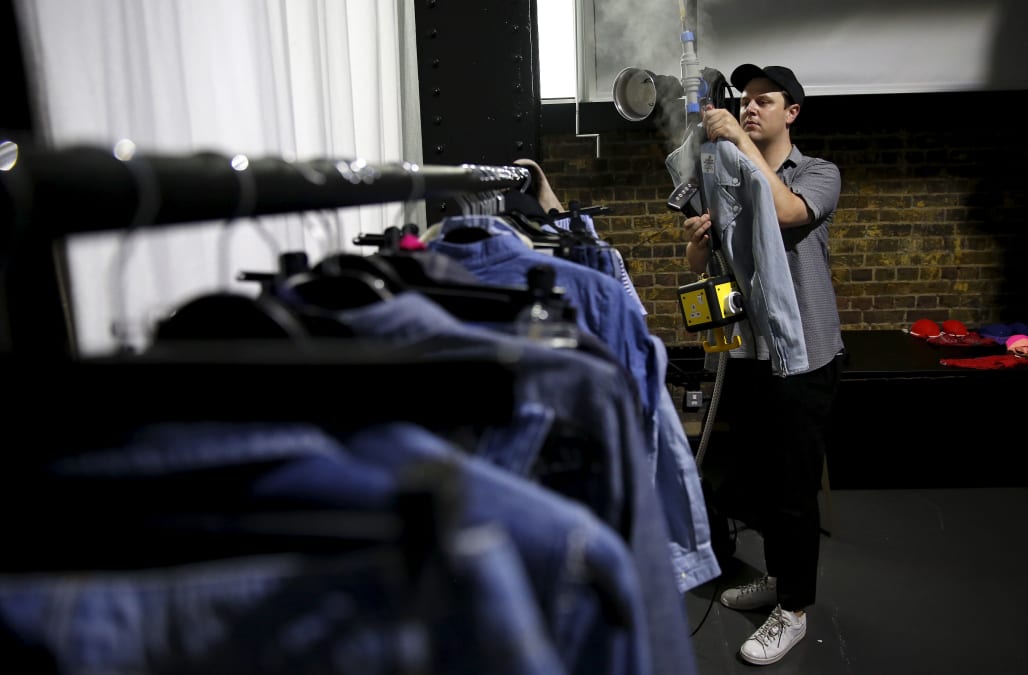 Amazon just got one step closer to dominating department stores in clothing sales.

The ecommerce giant launched a new service called Prime Wardrobe on Tuesday that lets customers try on clothing before buying it.

Customers can order multiple items and then decide whether they want to keep any of the clothing or send it back.

If shoppers keep at least three items, they get 10% off their total purchase. Keeping five items will give them 20% off their purchase. Shipping is free both ways, and customers can leave returns by their front doors instead of visiting a postal office.

Prime Wardrobe is the latest in a string of new investments by Amazon into the apparel industry this year, including the recent launch of its own athleisure brand and the release of a camera style assistant called Echo Look.

This latest move makes Amazon an even bigger threat to department stores like Macy's, Nordstrom, and JCPenney, which have been battling years of declining shopper traffic to malls.

Amazon is expected to surpass Macy's this year to become the biggest apparel seller in the US this year, according to Cowen & Co.

The company's clothing and accessory sales are expected to grow nearly 30% next year, to $28 billion, according to the Cowen analysts. Macy's apparel sales, by comparison, are expected to drop 4%, to $22 billion, in the period.

As Amazon's sales grow, so will its share of the apparel market in the US.

RELATED: Check out major retailers closing their doors this year:

Amazon currently claims about 6.6% of the market. That share is expected to increase to 8.2% by next year and further expand to 16.2% within five years, according to Cowen analysts.

A majority of customers still prefer to shop in department stores over Amazon for clothing, shoes, and accessories, however.

A recent survey by Cowen found that nearly 18% of consumers prefer to shop for those items on Amazon, compared to 40% who prefer to visit department stores.

Over the past couple of years, Amazon has ramped up its investment in fashion by launching its own private-label clothing brands and sponsoring the first New York men's fashion week.

The company has also hired executives from luxury fashion companies, such as Julie Gilhart, the Barneys New York fashion director whom Amazon reportedly hired as a consultant, and Vogue editor Caroline Palmer.

Also in the past few years, Amazon has started to shift its fashion strategy toward offering more high-end designer names such as Zac Posen and Stuart Weitzman.

That shift has had some industry experts scratching their heads. Luxury fashion websites are typically well merchandised and highly curated — not things for which Amazon is necessarily known.

Amazon also has the disadvantage of having no brick-and-mortar stores where shoppers can try on items or return purchases, he said.

But unlike most traditional department stores, Amazon offers free two-day shipping — even for its clothes — through its Prime membership program.

In a survey, shoppers told Cowen that Amazon Prime is the biggest lure for buying clothes on Amazon. They also praised Amazon's customer service and breadth of product reviews.

More from Business Insider:
Here's the letter Whole Foods just sent its customers who are furious about it 'selling out'
Amazon could fix Whole Foods' biggest problem
Amazon just bought Whole Foods for nearly $14 billion — here's what the future of shopping could look like

SEE ALSO: Walmart is acquiring one of the hottest men's retailers for $310 million