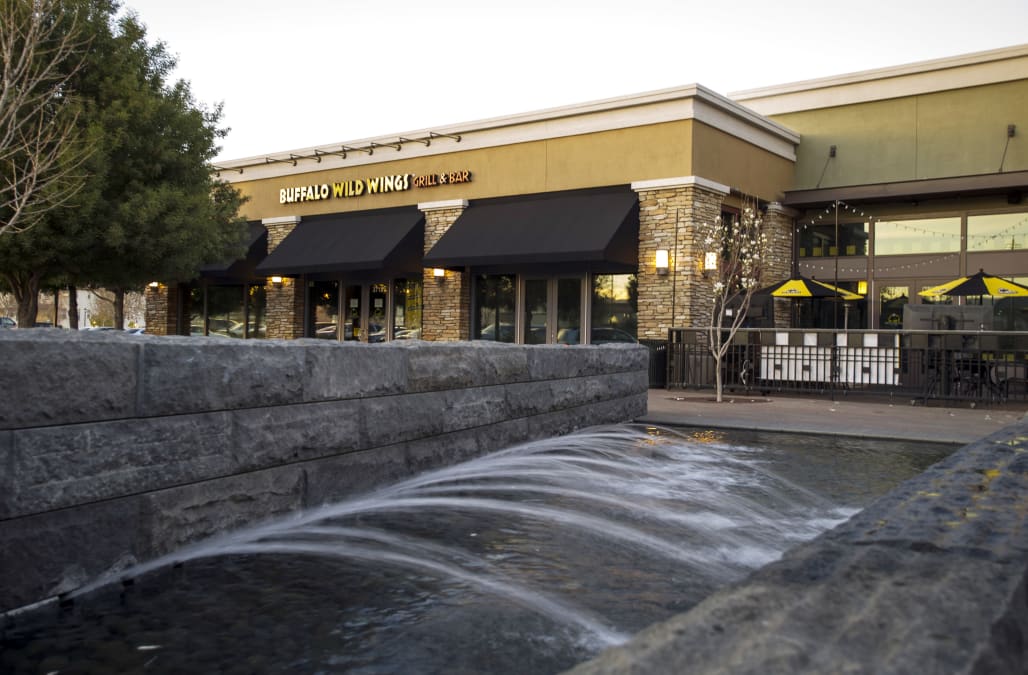 As millennials ditch the casual dining industry, Buffalo Wild Wings is hoping that a new type of store can reinvigorate the business.

The chain announced on Wednesday that it was debuting two new "small-format" locations — called B-Dubs Express — in Edina and Hopkins, Minnesota.

The two locations will be counter-service and more focused on take-out, though they will still have televisions showing sports. In contrast to the typical expansive Buffalo Wild Wings sports bar, the locations will only have seating for 35 to 50 customers.

"With B-Dubs Express, we are excited to deliver on Guest feedback and passionately serve up high-quality wings to satisfy cravings even faster," Todd Kronebusch, the vice president of market development for Buffalo Wild Wings, said in a statement. "These first two locations in Minnesota will provide a great opportunity for us to test an alternative format and gain learnings as we continue to look for ways to meet the changing needs of today's consumers."

10. Anything recomended or reviewed by people they know

Buffalo Wild Wings has struggled to attract customers in recent months, something that executives have blamed in part on millennials' dining preferences.

"Millennial consumers are more attracted than their elders to cooking at home, ordering delivery from restaurants, and eating quickly, in fast-casual or quick-serve restaurants," Buffalo Wild Wings CEO Sally Smith recently wrote in a letter to shareholders.

Earlier in June, Smith announced she would depart from the company at the end of the year, following a months-long battle with activist investor Marcato Capital. Marcato has pressured Buffalo Wild Wings to adopt a more franchisee-centric model, which seems likely after shareholders elected all three of the activist investor's nominees to the company's board.

SEE ALSO: Buffalo Wild Wings' CEO is leaving the struggling chain after an activist investor triumphed in a monthslong battle for the board