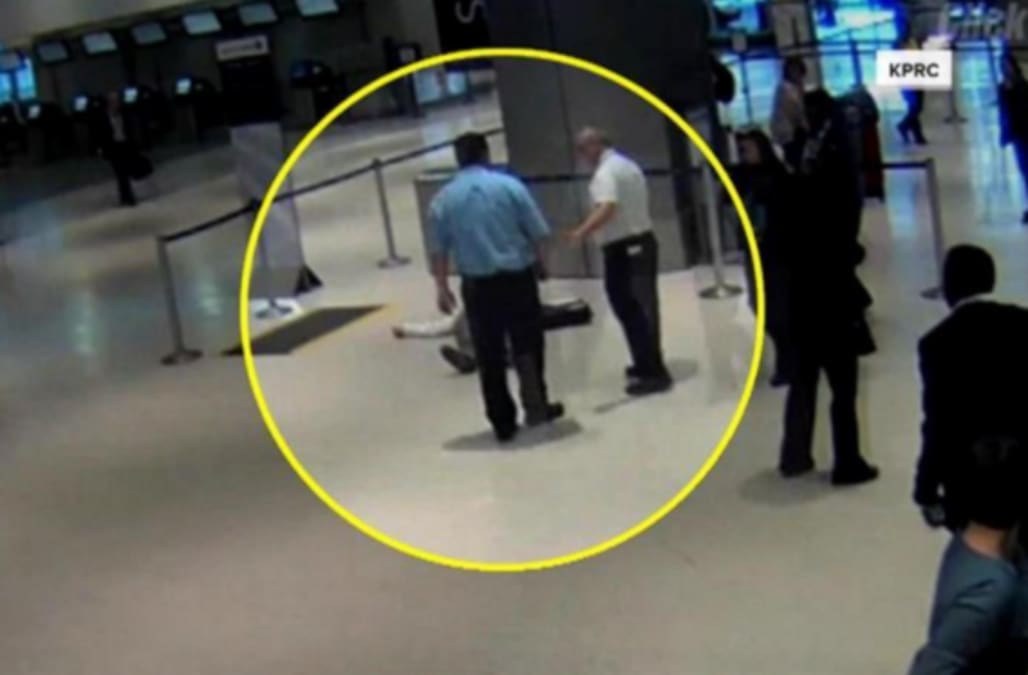 In case you've somehow forgotten, United Airlines is having a horrible year.

From leggings-gate and in-flight animal deaths to the infamous violent removal of a passenger from an overbooked flight, the airline has found itself in the midst of some serious controversy. And just when it seemed like things couldn't possibly get any worse, they did.

United is now under fire after a video showing an employee pushing a 71-year-old passenger to the floor in an airport was brought to light in a Harris County, Texas, lawsuit filed last week. The footage is two years old, but was broadcast to the public on Tuesday by KPRC, a Houston news station.

According to KPRC, Ronald Tigner, the passenger pushed to the ground at George Bush Intercontinental Airport in 2015, filed the lawsuit against United and two of its employees, seeking over $1 million for negligence.

Tigner's attorney, William Hoke, toldthe network that the incident took place after the 71-year-old asked for a new boarding pass. After a discussion with a United employee, he was allegedly pushed to the ground and hit his head on the floor, which knocked him unconscious. "He lies there lifeless for minutes. Not one employee comes to check on him," Hoke said in an interview with network reporter, Bill Spencer. "They literally left him there like a piece of garbage."

The nearly three-minute video from an airport surveillance camera shows the incident. Though United employees do not appear to immediately come to Tigner's aid, at around 50 seconds another passenger stops to help.

"It was a good Samaritan, who was a nurse, that was catching a flight, ran over, and said, 'Please, God. Someone call 911,'" Hoke told KPRC. It was then that a United employee called 911, claiming they didn't know the cause of the man's fall.

In response to the incident, United released the following statement to KPRC:

Tigner's attorney is encouraging other passengers who have had negative experiences similar to his client, or Dr. David Dao — the man who was violently dragged off a flight back in April — to speak out against the airline and seek justice.

Mashable has reached out to United for additional comment.