The two words you need to get promoted 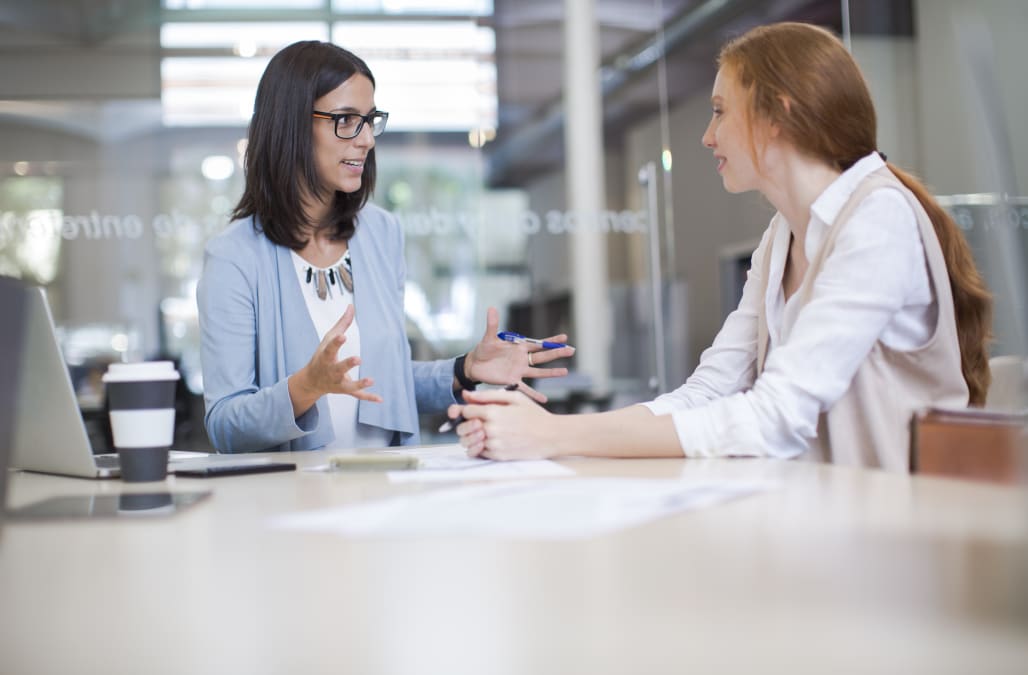 This essay originally appeared in The Lily, a publication of The Washington Post.

I'm still annoyed with my mother for the advice she gave me. And that's really saying something, since her counsel came more than 30 years ago, and Mom is no longer around for me to (lovingly! ever so lovingly!) shake my fist at.

I was fresh out of school and starting my summer internship at our hometown newspaper, The Buffalo News. And my parents, having paid a lot of tuition bills, were understandably eager for me to do that very adult thing: Get a Real Job.

So as I prepared for my first day, while briefly sharing my childhood bedroom again with my stuffed animals, Mom offered me a two-word formula for success: "Ingratiate yourself."

It struck me then (and still does) as a fairly awful thing to say. Wouldn't my success as a young reporter have a lot more to do with my ability to work sources, write on deadline, and be aggressive, fair and accurate?

RELATED: Also keep in mind these 10 things that you should never say at work:

Wasn't she, essentially, telling me to suck up?

That seemed like the dead opposite of the journalistic integrity I admired in my journalistic idols, Bob Woodward and Carl Bernstein of the Washington Post. Surely, David Halberstam of The New York Times did not have to ingratiate himself. And besides, wasn't our culture giving young women plenty of cues to please other people without my (normally strong and independent-minded) mother piling on.

And I stayed at the paper for many years. Before I left in 2012 to become the first female public editor of the New York Times, I had broken quite a few glass ceilings at The News: I was the first woman named to newsroom management, the first woman managing editor, and the first woman editor-in-chief. (In 1999, when I got that top editing job, there were only 13 of us — female chief editors — at America's largest 100 newspapers. So it was rare to have a woman calling the shots. Sadly, it still is. Today, the highest ranks of Fortune 500 companies include only 32 women, a lousy six percent.)

Looking back, I grudgingly can give Mom credit for what I think she was getting at (though I still wish she had said it better). I think she was talking about what's now known as emotional intelligence.

Emotional intelligence holds that it's not simply I.Q. points that matter. Brains are necessary, yes, and talent sure helps. But so does the human element: Do people like you and want to help you succeed? Are you willing to ask for some help, to listen and learn, to show appreciation?

Last week, a young journalist asked me for some advice in getting a job at a major publication. He asked me in a Twitter direct message if I had any pointers. I knew something about the job and the editors and I thought he'd be a good fit. Here's what I told him in a return direct message: "Have a lot of story ideas, including in the digital realm, and come off like a total self-starter."

There's nothing brilliant there, of course, but what I was telling him, essentially, was to put himself in the place of the hiring editors and think about what they would want. What would help them succeed in their mission? They would surely want someone eager and energetic, someone who doesn't have to be prodded but who takes the initiative, and someone who can immediately begin contributing. Obviously, if the quality of the story ideas is poor, or if my young friend can't write, or if his digital skills are shaky, this advice is worthless. But if he has all the necessary ingredients, this empathy with the bosses's needs would probably help him to gain favor — which is literally what "ingratiate" means.

Don't get me wrong. There is no substitute for integrity, not in journalism or any other field. In "Hamlet," Shakespeare's Polonius gave a far superior piece of parental advice to his son Laertes. "This above all: To thine own self be true." I can think of countless times in my career when making the unpleasant move was also the right move: In suspending a plagiarist; in writing a tough public-editor column; in killing a story that wasn't solid enough for publication.

But you may never get in a position to do those righteous things without emotional know-how and basic likability. Maybe Mom knew something, after all.

This article The two words you need to get promoted appeared first on Ladders.

More from The Ladders:
How smart people react when others take credit for their work
This is how to deal with psychopaths and toxic people: 5 proven secrets
4 ways top leaders can build resilience in their teams