Is Trump about to go down in flames? Here’s how to tell 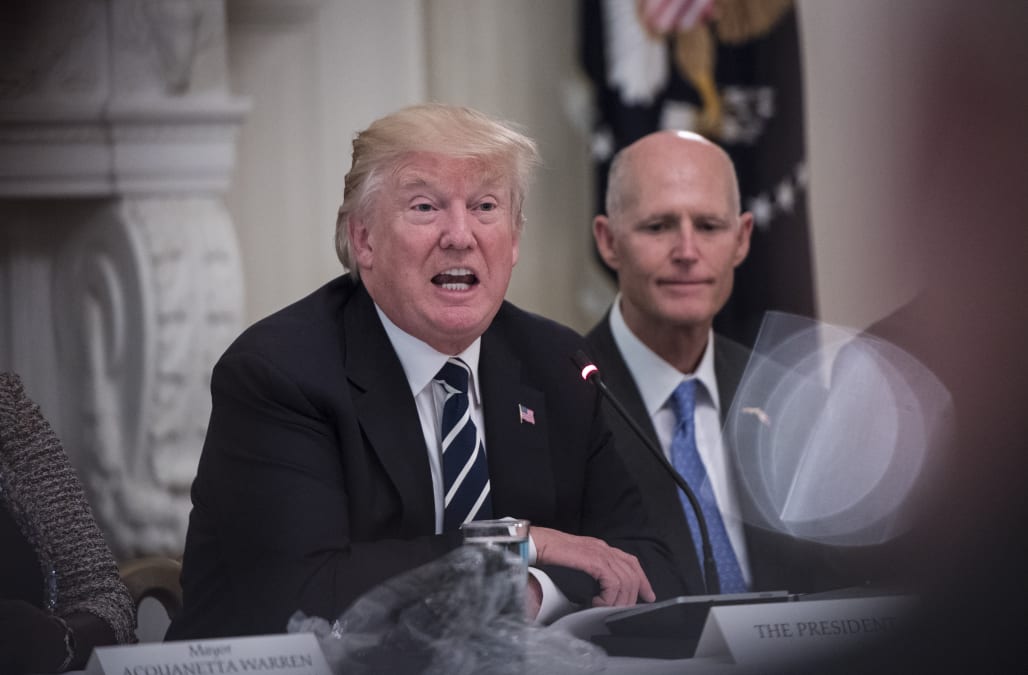 Whether you love President Donald Trump or hate him, there's a media outlet ready to fan your flames, 24 hours a day.

Think our president hung the moon? Fox will happily preach to your choir. Convinced Trump is the devil incarnate? CNN's down like James Brown.

But what if you're simply a concerned citizen who wants to know the truth?

If that's you, don't waste your time watching the news. Just take a few seconds and see what's happening to the stock market.

As I write this, former FBI Director James Comey just completed his much-anticipated congressional testimony and the Dow Jones Industrial Average is up 53 points. That tells me that despite what Comey said or didn't say, Trump is not in trouble. I don't have to listen to hours of breathless, and often biased, reporting from the mainstream media.

Watch the smart money, not the news

When it comes to the fate of our current president, or any number of other potentially world-changing actors or events, stocks are your canary in the coal mine.

The stock market is made up of thousands of very smart people from all over the world, many wagering very large sums of money. While it is not a perfect predictor — nothing can claim that title — it reflects the collective best guess of these highly informed individuals, who are highly motivated by the high stakes. Whatever information there is, they've got it.

What the market is telling you now

Well, here's the simple truth: The stock market doesn't give a rodent's rear end who's right, who's wrong or who's in the White House.

The market only cares about one thing: money.

Trump's very clear agenda is to roll back regulations, including those designed to protect consumers, and to slash corporate income taxes. Both of these policy goals translate into more corporate profits, which show up as higher stock prices.

If Trump was in danger of impeachment and his agenda was likewise endangered, stocks would go down. Since they're going up, the smart money is saying loud and clear that his agenda is intact.

Since our current president — along with his friends and foes in the media — is fond of creating nearly continuous drama, you'll have plenty of opportunities to try using this prediction machine yourself.

When the next drama unfolds, instead of reinforcing your prejudices with a trip to CNN or Fox, check the market first. It might just tell you everything you need to know.

What do you think of Trump's prospects — or the fate of the overall economy? Sound off by commenting below or on our Facebook page.

More from MoneyTalksNews:
Will Paid Parental Leave Soon Become a Reality in the U.S.?